We’re pleased to announce yet another dev release for our Reach M+/RS+/RS2 receivers. This is a pretty huge release for us and we’d be glad to hear your feedback on it.

The release for them will be available a little later.

Great to hear that!

Just updated, doing a test tomorrow. One (very) nice thing, the new update doesn’t wipe all the settings, hope that is the new normal

That was an (easy) one on my wish list too!

Having to re-enter everything after each firmware update gets tiresome quickly.

A thing I noticed today (probably not related to this firmware in particular):
In the point collection survey tool tab, using an iPhone Xs Max, it sometimes takes several tap of a finger to either start/accept a point collection, or press the back/cancel button.
This seems to be due to the way one shifts app on newer iPhones with no home button.
So the Cancel/Accept/Etc buttons should be moved further up on the screen, so they are not in /close to the active area of the app switcher functionality.

@george.staroselskiy
Hi !!! connection problems continue, on iPhone and Android. I had to do several reboots. At times the satellite bars fall and connection loss appears. 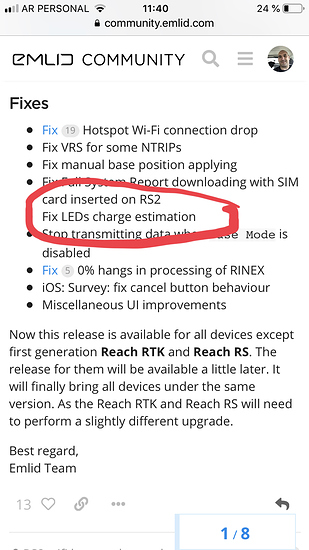 Could you please elaborate on what’s wrong? What charge is displayed wrong? If you could take a photo of LEDs and a Full System Report, it’s be easier for us to get to the bottom of this issue. Thanks in advance.

I will send you the system report later

Does it happen on RS2 or RS+? It’d be just awesome if you could send us a Full System Report after you manage to get into the system.

A post was split to a new topic: Issues with connecting to NTRIP

Can this firmware be applied to the M+ as well. If not, any problem running it on the RS+ as a base and 2.18 on the M+ on the drone?

Flashing all my devices! Wish me luck! I’ll let you know what happens with the M+…

Everything appears to have upgraded correctly. I reset everything to my defaults and the rover is picking up several more satellites than the base. I am inside though. Almost forgot to add the other M+from the Yuneec H520… Now it’s like Christmas up in here! Now for some testing. 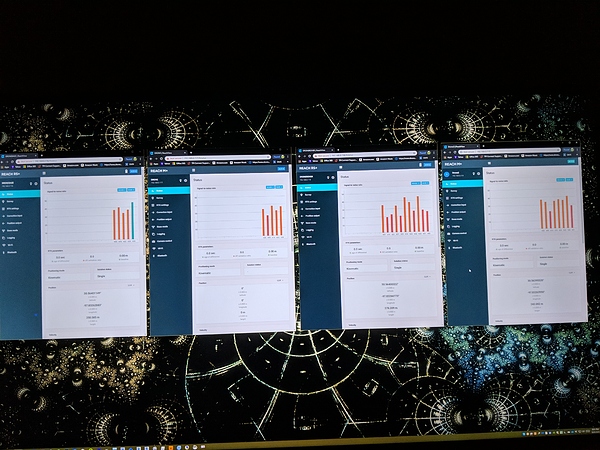 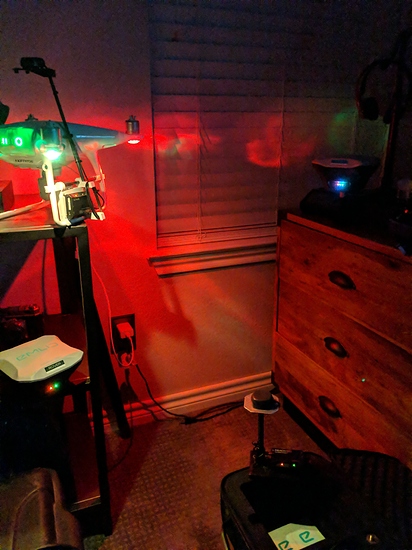 *10 minutes later and the rover is still seeing two Beidou and three Galileo that none of the others are seeing. All settings are exactly the same. I think I’m going to reset everything back to defaults and start from scratch to see how they compare. 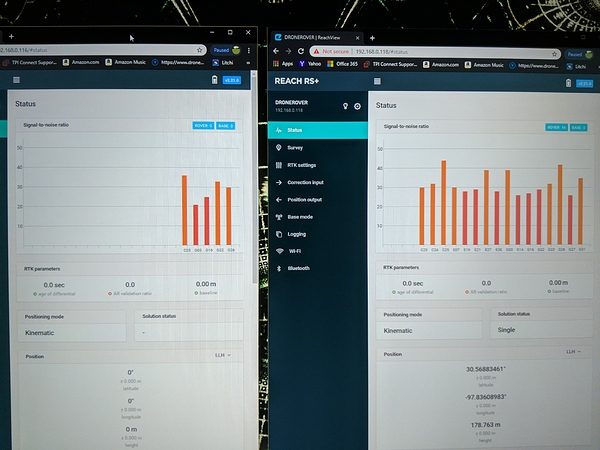 *25 minutes later and after a settings reset then rekey of my settings and the rover has achieved a single solution. Scratching my head.

*30 minutes later. Rover still has single solution. Drone 2 is also seeing Beidou and Galileo. Bass and drone one are only seeing GPS even after toggling the constellations two different configurations and back. One thing I just noticed is that the bass and drum one also both have a little red dot next to rtk settings that the Rover and drone to do not have… 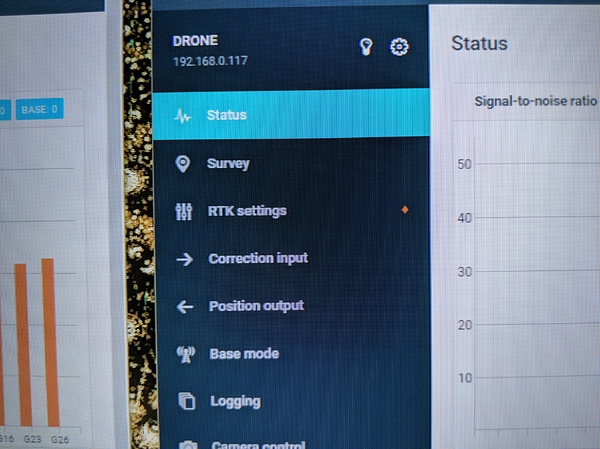 Is the red dot because you have some settings not saved for that tab?

Also, probably best to test outside anyways and see what you get?

That’s what I’m guessing. I made changes and seemed to take hold when I hit apply, but when I got out of the screen the red Dot showed up. I’ll test outside tomorrow.