Running this thread on DroneDeploy’s site as well. Almost ready for testing. Thanks @Brian_Christal

Continuing R&D on the use of Emlid GPS hardware for construction. Got the Emlid Reach M+ mounted and ready to test. I will run it in a traditional Base and Rover set up with the Reach RS+. If it works the package (excluding the P4P) will be ... 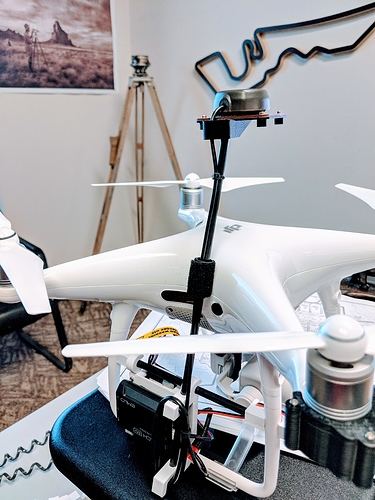 It’ll be interesting to see the test flight results

So, keep us updated!

Firing everything up this morning. Yeah, it’s freezing outside. C’mon, I’m from Texas… 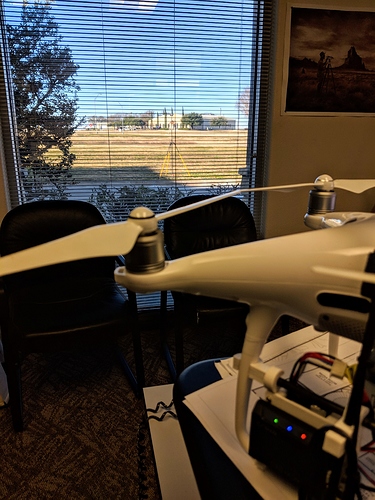 Haha, get to find a battery charger now… none of mine work with the battery that came with it.

I’m using a Venom dual charger, but it’s a little overkill. You should be able to find a charger for it for 15-20 bucks in a website like Hobby King or something similar. You will notice that the battery will last you a lot and doesn’t take long to charge. You might be able to fly a good hour continuously before you might need to charge the battery.

@jmiranda, thanks for that! I ordered a “universal” from Amazon for $45.

How does your kit time the photo capture?

Just got it so not quite there yet. There is an adapter with some kind of sensor under the front right motor so maybe that has something to do with it. There is plenty of info here and at docs.emlid.com.

Some kits, Simon Allen’s for example, uses the the front LED turning off when an image is captured to make a time mark and then an offset (milliseconds) needs to be applied to “tighten up” the time stamp. In Allen’s case, you then use a Python script to replace the gps location data on the images with the new corrected locations from the Reach module. You also have to make precise calculation for the relative distance from the antenna to the camera sensor accounting for the tilt in forward flight.

Are you saying there is Emlid documentation of the kit you are using?

I think that’s exactly what it is doing and yes. It is their standard Reach M+ and Tallysman antenna. Charger should be here pretty quick so I hope to get some time in before the end of the week. @Brian_Christal printed all the mounting.

What’s the difference from yours to what others have done and tested? Just curious as there has been many cases of people doing this…

This is just my iteration using a newly designed mounting system.

Michael, I have flown mine but I think my original Reach RTK has problems. I have ordered the M+ and waiting on Emlid to ship it. 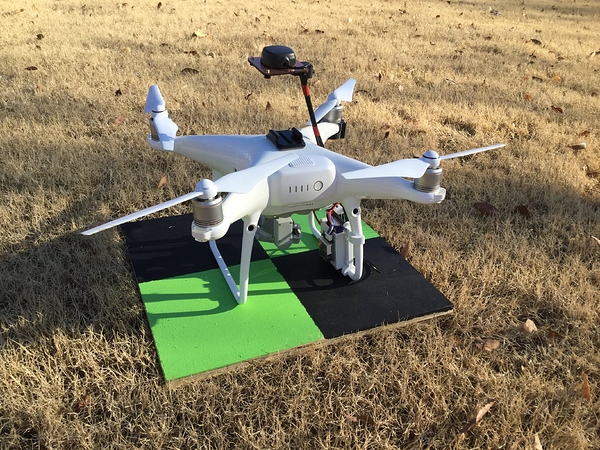 Problems in what way?
From your image, I think a larger ground plane would you wonders !

I would like to know also what kind of problems you’re experiencing.

We made the first steps with the kit a few days ago. First, we tested how exactly we could determine a known geodesic point on the ground. We left the drone with the kit for 45 minutes at this point (open, flat terrain without obstacles). Setting: Kinematic, Fix Hold). The PPK showed a difference to to the well-known coordinates of 25cm X axis, 1.2m Y axis and 4m Z axis at 16km baseline to CORS Station OAX2. After 30 seconds Fix-Solution which never broke again (99.9% fix).
After that we also hit the same point for 45 min with a Reach RS and did the same PPK. This gave a deviation of 3cm X axis, 4cm Y axis and 5cm Z axis. We think that this huge divergence between Phantom Kit and Emlid Reach RS is due to the inclination of the Tallisman antenna on the Phantom. After that we wanted to make the first flight, but the battery was empty. 90 minutes of battery life is very little for field trials. So our first recommendation: Take two or three batteries with you. However, we still flew a mission without switching on the Emlid M + to observe the stability of the Phantom. Very calm and stable flight behavior at first glance. This week we will do a test flight with Photoshooting.
But we are not quite clear how we can integrate the time delay into the PPK (for the moving drone) with RTK-LIB
All in all, we find this a good installation and are confident to get fixed the above mentioned deviation. 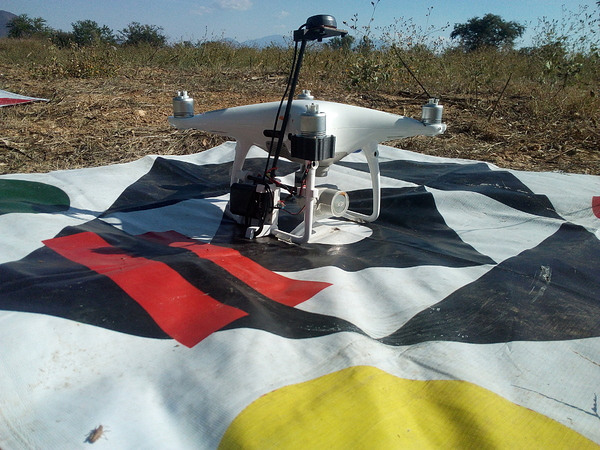 Great stuff. You might think about using a plumb bob or tripod and tribrach to spot the Tallysman then move the drone and spot the point. Just to make sure.

Also, check this out for the processing.

Hello Mr. Christal, If you would count me in as well, I have the items you mentioned in the previous message. Thank you in advance.

The angle of the Phantom in flight must be taken into consideration when determining the offset of the antenna to the camera sensor and it would change with different speeds and probably with winds of different strengths and from different angles. Probably “close” is all you will be able to get without inputting flight telemetry in real time into the equation.