The first sketch is two years old. As we have a lot of bad weather, I’m back at the workbench.

Center part of the Y6 is an assembly of 2mm carbon with torsion box. 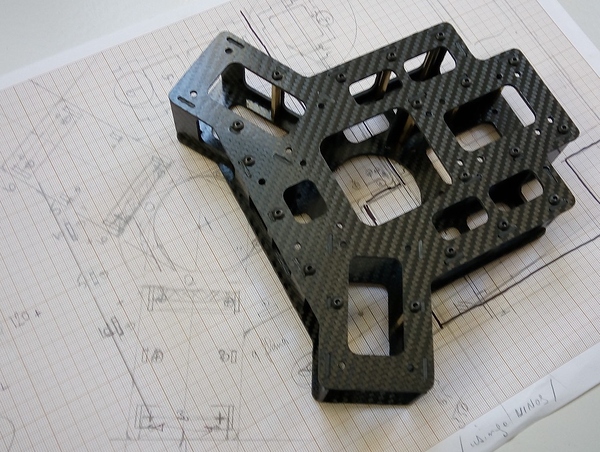 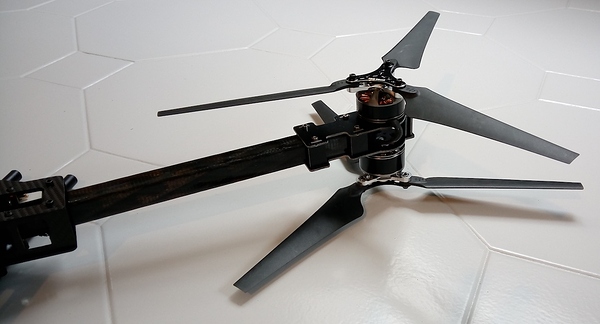 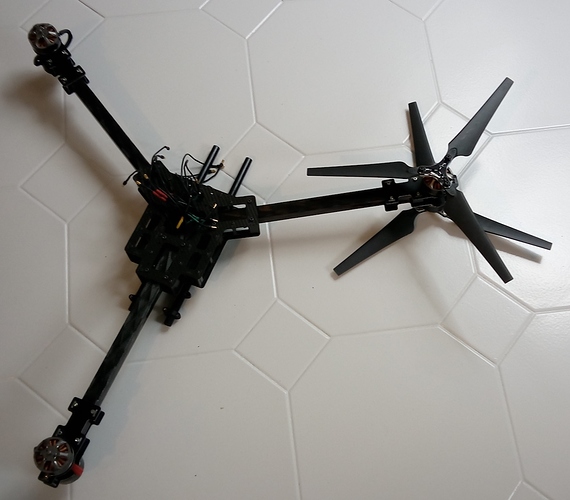 It may fly next week.

Some parts need to find a place. Ready for settings. 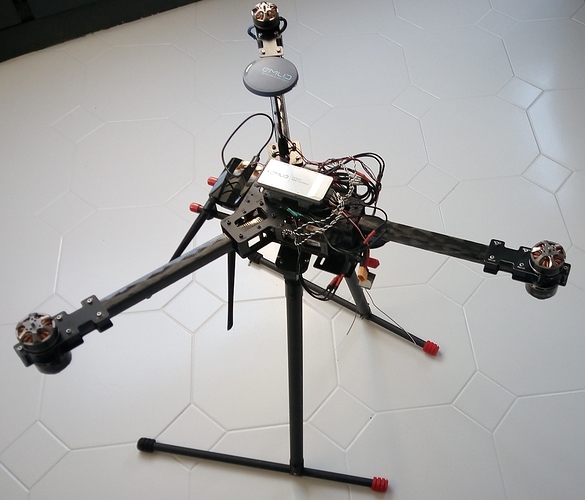 Nice Project, did you calculate the Flight time ? you will need a big battery.

did you calculate the Flight time ? you will need a big battery.

First fly will be with a 1kg lead box. So I can explore flight domain and settings.

2mn is with Sony QX1

First fly will be with a 1kg lead box. So I can explore flight domain and settings.

After some delay and problems, I had a first takeoff and short flight.

First: high landing gear is “pain in the …” for take off or landing on rough grass.

So, for next flight, after changing some blades (again), I installed my old spongy fixed landing gear.

I will try it soon.

The end of the flight with small landing gear.

Here is picture of the Y6 with the new landing gear and Gopro gimbal. There is also a short video of the RTL landing.

It was the third flight, Yaw is not tuned. Since, I moved the battery trail forward. I’m waiting for carbon blades and will also install Yaw on the gimbal. 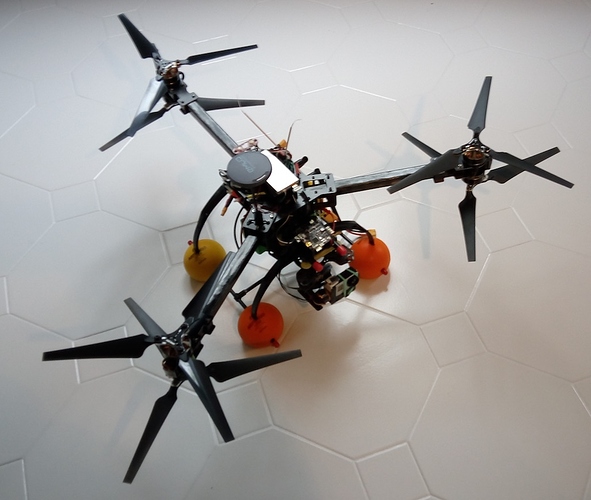 Some news: My Edge is updated to latest Emlid 1.4 image. I had some problems with motors not shutting down when landing after RTL. The problem is solved by removing silent blocks between main rotor frame and battery trail/landing gear/cam support.

Here is a computer record of the live video feed with QGroundControl. Loiter mode is quite fine with 10 to 15 kts wind. Every 5 sec short black is due to the photo mode. Yaw is not rock steady (small variations) but ok for me. I’m looking for the right parameter to tweak…

An update to my propellers: Initially I had DJI S800 15 inches plastic blades, replaced by RC-Timer carbons blades with the same shape.

Performance was not as expected (30A to fly) with some nasty vibrations, even with static balancing.

So I changed to RC-Timer classic carbon propellers and had better performance with some Z vibrations. Average current was 25A, quite as expected.

As I had my KDE Blade adapters, I had a look at their new blades. Quite expensive but « dynamic balanced ». So I broke my wallet and placed my order. 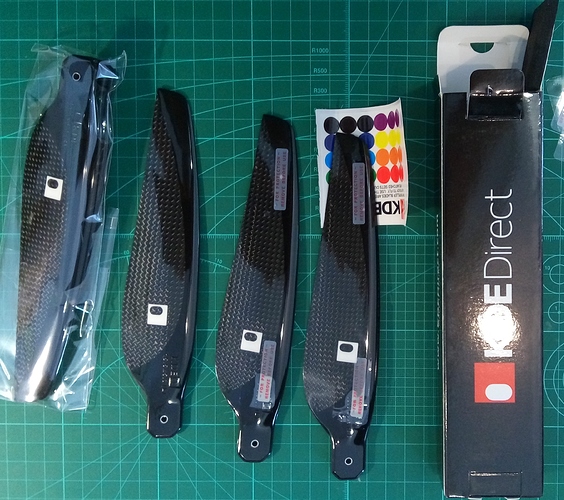 I received them yesterday and I’m happy with the result. Vibration level is quite low and performance is equivalent to RC-timer 15x5.5 propellers.

Each KDE blade weight is 14.2g, so with the prop hub, total weight is 63g, quite more than classic carbon propeller at 23g.