Has anyone actually already integrated camera, hot shoe, and cabled into Reach?

If so, how was it tested, after making the connection?

If so, how was it confirmed the triggering of the shutter was be received logged by Reach?

If so, how was it tested, after making the connection?

There is an update coming with support for converting time marks to RINEX and it will show amount of event logged during conversion.

Would you be willing to share the details on the Hot Shoe integration with the Sony a6000? 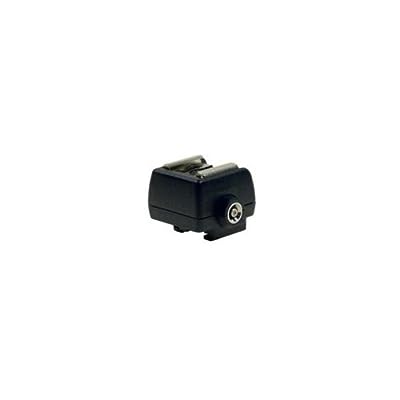 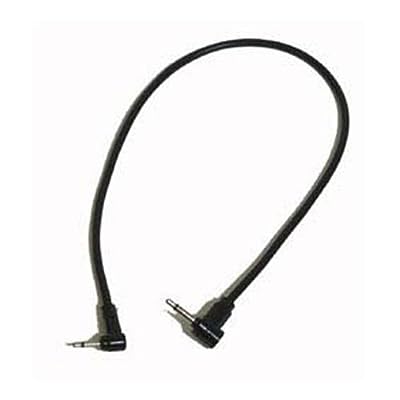 Cut off the end on the above cable which does NOT plug into the hot shoe adapter. There are two wires, red and white. Using the DF16 6 wire connector on one end and the black plugs on the opposite end(part of the Reach kit), connect/soldier the red wire to the green wire in the wire loom from the kit. Connect the white wire to the black wire(ground) on the same loom. Once that is complete, plug into Reach and the hot shoe mounted on the camera, and you are good to go.

Awesome, thanks for sharing Tim.

By the way, your post is very popular over at DIY drones, there’s a team of people trying to unravel your photo

From the blog of the Pixahwk-compatible high-accuracy Reach RTK GPS  Reach was built with precision mapping applications it mind. One of the big challenges in…

Thanks for the heads up @nrturner commented and posted there as well with a link back.

I would like to do this with a 3DR Solo. Any suggestions on where to buy/make a fixed gimbal?

Also, is any other connection needed to the camera? Does this connection trigger the camera too or only send info to Reach?

The camera is triggered from Pixhawk and the hot shoe connection sends the shutter activation back to the Reach unit.

@timvand would you mind expanding on how you’ve got the Sony a6000 camera triggering from pixhawk?

Here is the hot shoe that is used;

Here is the hot shoe cable that is used;

Only the signal wire (white) from the flytron cable is used and plugged into port 7 or 8 on the pixhawk and the red and black are attached to a UBEC set to 5.0V. The flytron cable sends the signal from pixhawk to camera to activate. The hot shoe picks up the shutter activation and feeds that activation back to Reach.

This link shows a pic of the wiring attached from the A6K to Reach.

From the blog of the Pixahwk-compatible high-accuracy Reach RTK GPS  Reach was built with precision mapping applications it mind. One of the big challenges in…

I’ve already got the hot shoe and cable sorted, just been trying to figure out how to trigger.
I just ordered the shutter cable from flytron so will wait for that to arrive and see if I can get it all working.

Thanks again for your help.

Keep me posted and hit me up if you bump into challenges/issues.

See the comments above. Been using the Sony A6K as noted above.

Looking for user feedack or case study : photogrammetry without GCP and Reach camera feedback.
Does someone have it ?

@Sylvain_POULAIN I have done extensive testing and just don’t have the time to write something up right now (I keep telling myself, maybe when things slow down this winter). There are a few extra steps in post-processing, but we have achieved Vertical accuracy without GCP of ~3cm. Horizontal accuracy isn’t quite as good, closer to ~15cm.

15cm is good and enough for me ! There is propagation delay of course between camera and reach.
How do you deal with alignment between sensor position and reach position ?

@Sylvain_POULAIN I mount the reach antenna directly over the sensor, so I have a direct vertical offset. The horizontal displacement for the “moment arm” is an entire conversation on its own.

You can either build the cable yourself or get it from here: http://tuffwing.com/support/reach_geotag_event_hot_shoe_cable.html

hi igor thanks, I did notice that the hotshoe is only for the nex5 as this camera needs a hotshoe adaptor… The rx100 v2 already has a hot shoe.
Looking at the posts I think I need a - sony hot shoe to pc sync - and then build my own…