Hi guys. Any body have experience about camera. I’m looking for camera with timestamp 0.1sec and timelapse for aerial photo. Maybe there is one of you have this experience or same like that.
Or maybe reach set to 1 sec logger, and canon to 1 sec timestamp. Will it be matched?
Any idea for camera, in altitude about 150m but can produce good quality images, 5cm per pixel.

@dicky Sony A6000 is a very common choice. Just connect it to Reach with hotshoe adapter as shown by Tuffwing.

I am pretty sure it can, just depends on the lens that you use. It is not hard to calculate that yourself with some basic math. You know how many pixels you have in vertical and horizontal (size of the sensor), height of the flight and the lens FOV angle. Having this data you can calculate the GSD.

CHDK is only used for Canon, for A6000 you can trigger through multiport. Use a cable like this. You can make a trigger cable to Reach or to your autopilot from it. You will also need a hotshoe cable as shown here.

Is there any reference setup for trigger cable? Where the micro USB and the jack 2.5mm socket plug in to?

It is not microUSB, it is proprietary Sony Multiport connector. You will need to cut the jack from the cable and connect wires to Reach. There are two wires, one for GND and another for trigger, wire them to GND and GPIO183 on the Reach. Then you can set up triggering from ReachView Camera tab.

You can also buy a ready cable here.

Is the image properties include timestamp and coordinate?

No, you will also connect the hotshoe adapter to the time mark input on Reach. Timestamps will be in the raw data logs, you process the logs with RTKLIB and get a list of coordinates for the timestamps.

If you buy a connector from mobilexcopter, you could shutter your a6000 with shortening ground and shutter + focus. Then you could trigger with in relay mode. 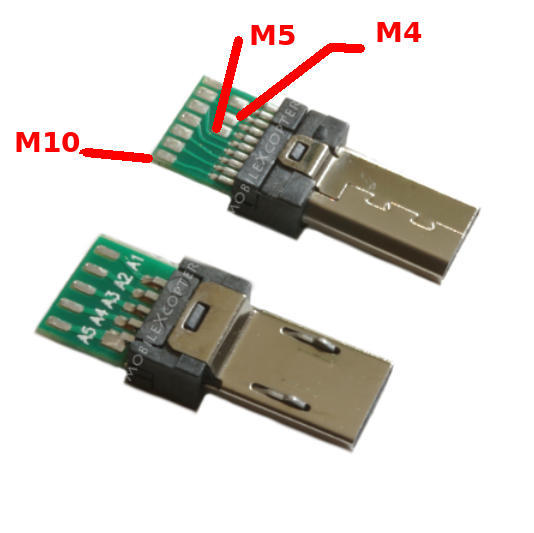 The hot shoe on the black version of the a6000 is painted, so the cable from Tuffwing will not ground properly. Here’s a fix: https://www.youtube.com/watch?v=ETkgj5-DdAQ&t=6s

Dont forget to take into account the shutter lag time, i.e. the delay taken by the shutter to actually open once it has received the signal

The delay is a problem.
I’m using fixed wing, and for this time can’t use A6000, I think A6000 is the best choice.
The speed of plane is 11m/s, it’s mean 11 metres in one second. When the camera shoot, how is the speed. Is A6000 can shoot in realtime it’s shoot, time precision, or it has delay? And when reach record a coordinate, is that same time with camera? How to synchronize them?
I think we need camera which have 0.0011 second shoot speed to have 1.1cm precision. CMIIW…

These two models of Sony cameras have been used successfully at 12 to 14 m/s, Sony A6000 and Sony QX1 using this trigger cable trigger cable, both cameras using the Sony 16mm fixed focal lens for 2cm GSD and higher at 100m, triggering at 1 sec intervals. The Sony A6000 has a hot shoe, and the hot shoe adapter from Tuffwing or make your own, will capture the shutter activations, and long the activations to the Reach unit.

As Igor noted, this can all be calculated with math by hand/speadsheet or the fight management software used to setup a mapping mission. We use Mission Planner at the moment as we are using Ardupilot flight control software, on Navio2 and Pixhawk.

What is the GSD that is required for the deliverable?

What platform is being used(fixed wing?)

What flight controller is being used?

I need under 5cm GSD, 3cm is better. And I use skywalker with APM 2.6. I use GCP for controlling.

The Skywalker, is that the one from 3DR or conventional setup or the Skywalker X8 wing configuration? 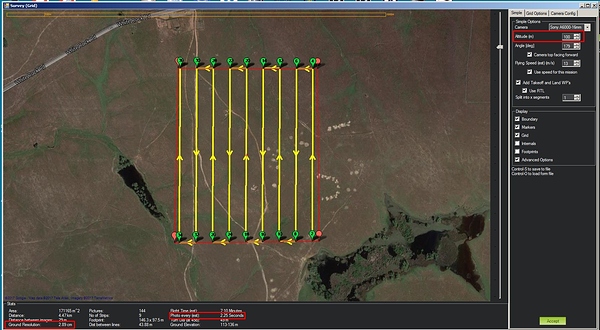 Stuffing a Sony A6000 into that frame will be tough. In the past, we use the QX1’s which fit perfectly with ease in the nose, the issue is no shutter activation signal. That said, Event38 is offering a QX1 modified with a shutter activation cable for $900. It will do exactly what you need.

Hi @igor.vereninov @timvand, Is there any tutorial connecting reach, hotshoe, sony camera, and pixhawk? I plan to order pixhawk. I’m not familiar in soldering and wiring.