No need external hot shoe. You just need two wire on original hotshoe : one ground and one positive in the middle. Hotshoe reaction from camera is like an interrupter.
I use it also with a button to make survey with only two wire and a button …

How to auto trig rx100 II such as from apm, because timelapse for sony rx100 II doesn’t support. 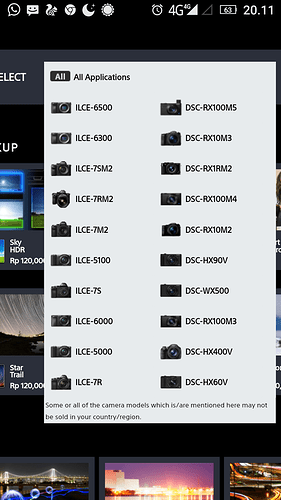 Tim, could you confirm if this adapter from B&H is the same as the one you bought? The link you sent from Amazon does not show the adapter underneath, so I dont know how are it’s pads.

If it would be possible, could you send a photo from your’s adapter underneath?

Does anyone know if this hot shoe adapter and cable will work with a Samsung NX 1000 and Reach RTK?
Universal Hot Shoe Adapter
Sync Cord

I´m planning to build a PPK system on my plane.

@cczeets I’m hoping you can guide me. How do I convert the .pos event file with the photo position coordinates into a format .gpx or.kml so that I can geo-tag my images? I have used GeoSetter in the past with good results but am now diving into the Reach systems to gain better accuracy.

Open the KML/GPX converter on RTKPost. It does exactly what you want

Thank you, I was having a blond moment…

Pretty much any flash triggers will work with Sony, but you may need an adapter, which are cheap and small. I use CyberSyncs, and have had zero problems. I would not buy a trigger set based soley on the fact it has a Sony hotshoe/foot. I buy based on price vs. quality. For more help you can check Sony A6000 Manual.

Hi Sylvain, you´re right. I have a Samsung nx1000 and tried with different shutter speeds.

If I set shutter speed to 1/160 it does record a time event, I can see in the “Camera Control” tab in ReachView app.

I didn’t make further investment on this camera. And it’s not a really good camera for mapping, furthermore camera died.
What I will do in your case, measure if there is signal with a multimeter (I did it quickly but didn’t get signal). After you could try with resistor. As I’m not an expert in electrical circuit, I couldn’t advise you with resistors but seems you could try with 1k 10k and 100k.
Reach already have resistor, you could read here : 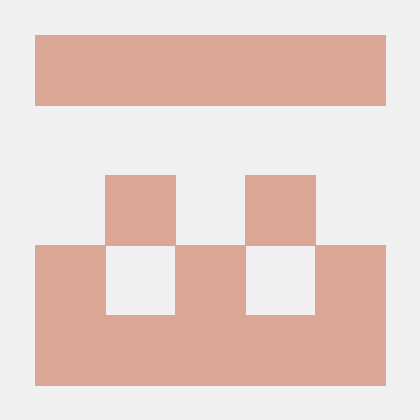 Thanks four you response Sylvain,
I didn’t get signal when tried to measure with the multimeter. I´ll make some more tests.

Sylvain, about connecting a resistor to test if the camera event is recorded, the way to do it would be as the image below? 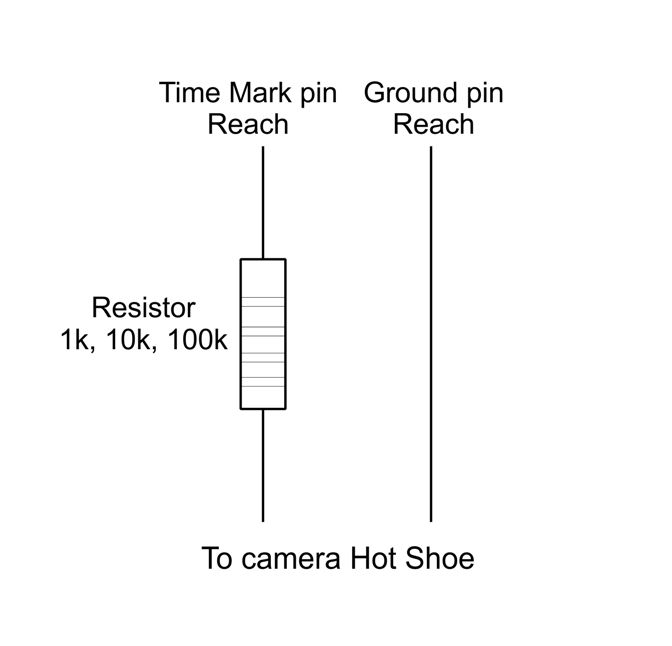 Sorry if it is an obvious question but I don’t want to do something wrong or damage the Reach.

Seems good but I repeat I’m not expert in it ! What I will do : measure Amps and volts without @1/160 or lower, then measure volts and Amps with and then only I will plug on reach. Not before measuring !

This is great. So only 2 wires from the hot shoe to the reach. But how do we power the reach ?

Looking to get a standard hotshoe adapter for geo-referencing images.
Noticed on my Sony A7 the hotshoe actually is a multi-interface shoe with 24-pins. pinout description here https://en.wikipedia.org/wiki/Multi_Interface_Shoe

Far beyond my capabilities though.

I’d imagine this is what 3DR’s site scan does with the new Sony UMC-R10C. I read in a white paper produced by 3DR yesterday that they have accuracy down to <1cm for both horizontal and verticle without RTK using pix4d (which I think must be a blatant lie)

I have this Hot Shoe Adapter for my Sony NEX 5N, My problem is I’m not getting any signal when the camera fires, I could have something in the setting wrong, but I suspect the problem comes from the fact that when I attach the hot shoe adapter to the camera, the camera never recognizes it as a flash, When I go to the menu to set the flash mode, my camera says “no flash attached”

You have to use other pins also, that if connected say to the camera that there is attachment plugged.The main goal here is to use the GPS WLAN pins and geotag the photo directly, as phantom and smartphone does, but with reach fix solution

Hi I have a canon eos m camera. I wired the hot shoe to reach but I can not connect and I don’t see last event time in this page.