Does anyone make a waterproof case for reach devices?

I do not have a 3D printer but would like to buy cases for the Reach devices that I have purchased. They would also make the devices more rugged.

If you want a 3D printed case you can print STL models without having your own printer, just use some of the 3D printing services like Shapeways, Ponoco, Sculpteo etc.

Thank you, Do you have the STL files for the Reach devices or do you know who had them?

You can find Reach STL files in the docs.

Thanks, I found the STL files where you said they would be. Uploaded the file to one of the 3D Shapeways and the file has some issues. Here a a couple of screenshots that illustrate the problem. Looks like some of the demininsions on one of the parts are to small. Could you adjust and reload the STL file/ 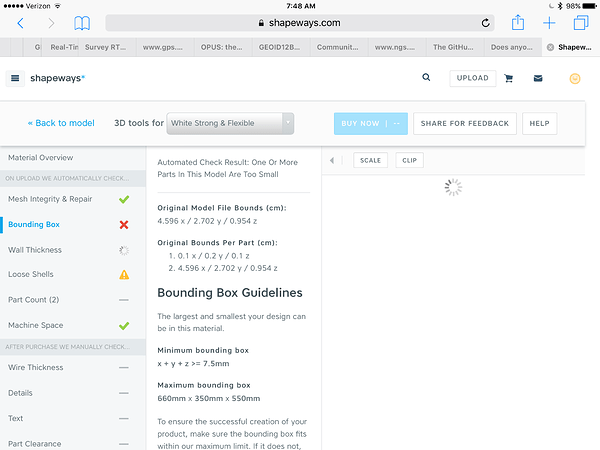 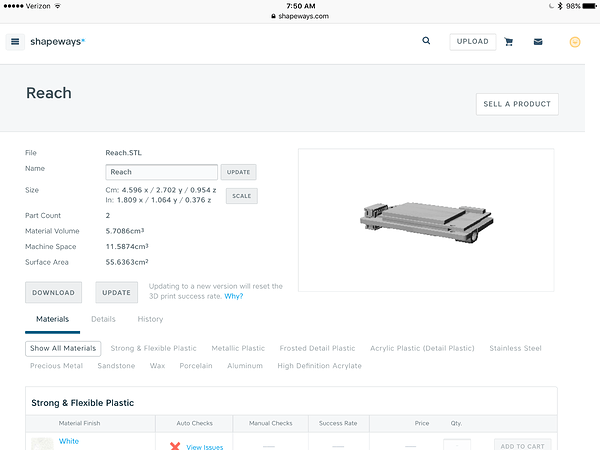 There is some space between SMD components and the surface, seems like that’s the reason.
But do you really need to print the STL model of Reach? This model can be used to design the case and some space under components shouldn’t be a problem.

3D printable cases for Reach are now available in the docs. http://docs.emlid.com/reach/mechanical-specs/

Igor,
That was fast in rolling out these designs. I like your screwed together E revision and passed it along to Sculpteo.com for their review. I will let you know how what they think when they get back with me.
This is a needed addition for all reach owners, so thank you for getting this design out for us all.

No 3D printer here, but I have a drill and a chisel and some o-ring seals!

So this is my latest improvement over the plastic sandwich bag case and the tupperware tub case. 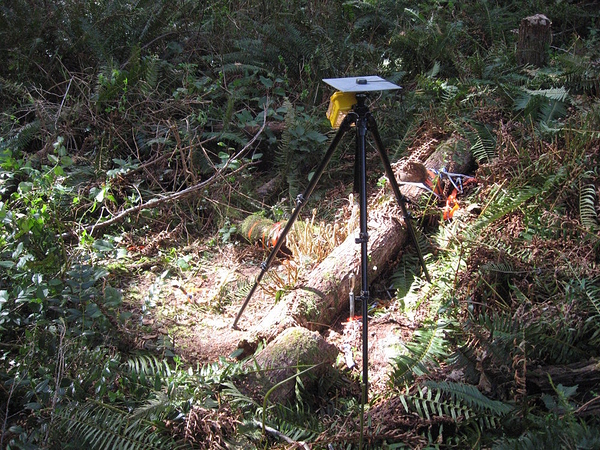 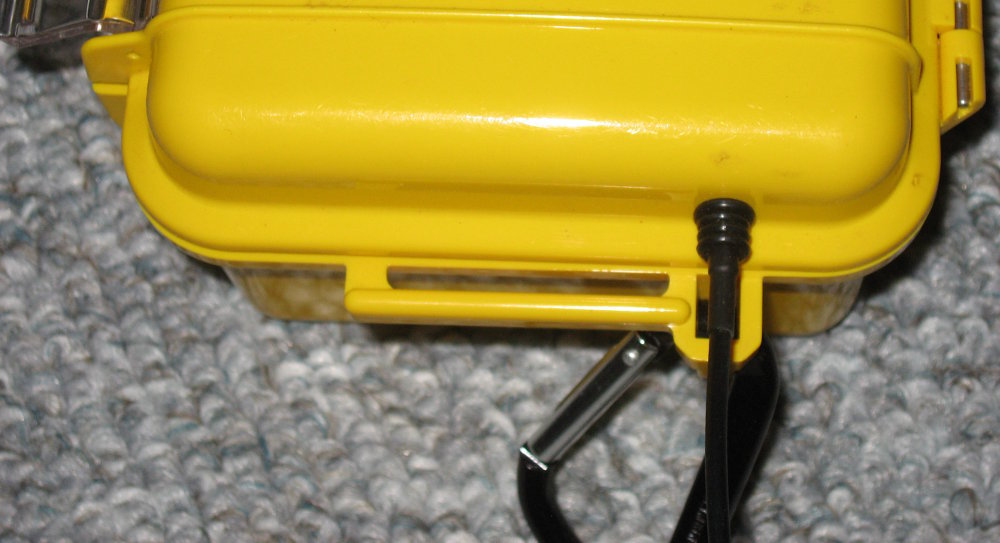 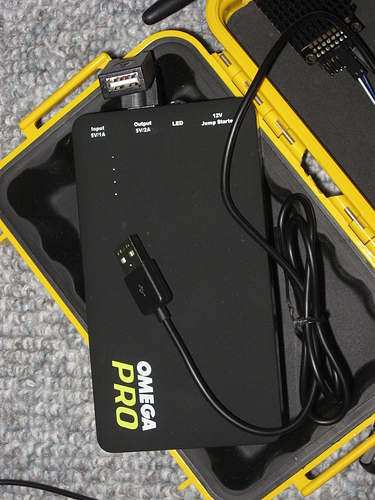 I like your design. And a drastic improvement over the sandwich zip lock. That would definitely be waterproof. Where did you get the box?
How do you tie down the battery, reach and the radio to keep them from bumping each other?
Thanks for sends us the pictures.

Thanks, the box is a Pelican model 1050 (bought several years ago).

showing the o-ring seals on the RFD900 radio: 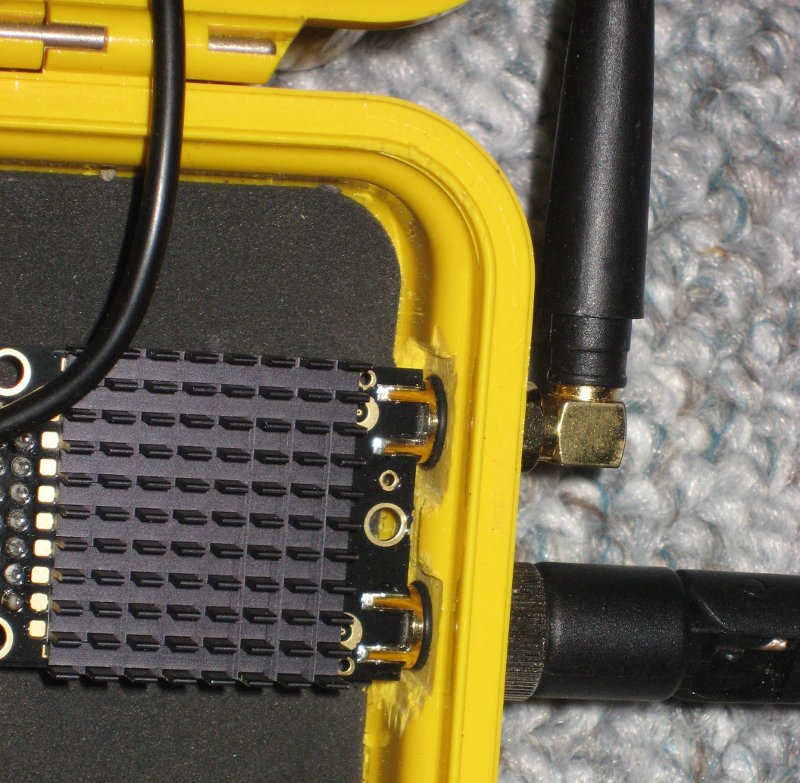 @bide Nice looking setup! Could you share info/deets about your tripod rig/setup? The pelican cases are a great idea.

I’ll have to check out that case for me…

(Does anyone make a waterproof case for reach devices?):

Details for you: The tripod is a Slik 504QF II. Circa 2000 I believe, but it might still be in production. It is a video tripod which came with a pan/tilt head and that has been removed leaving the standard 1/4"-20 mounting stud on top. The center tube is hollow, so I was able to remove the mounting stud (actually it was a hex-socket cap screw). I drilled through the middle so I could pass the plumb bob string through and tie a knot. That way I can quite accurately center the antenna over the marker.

The antenna ground plane has a hole drilled in it and a 1/4"-20 round-head machine screw dropped through. The head stuck up too far underneath the antenna, so I used the angle grinder to shorten it. Then a standard 1/4"-20 rod coupling nut was used to join the antenna to the tripod.

Again, there’s room for improvement here, but this is what could be done quickly with readily available materials.

Just a comment for people operating in hot environments:
I made a closed plastic housing with foam inside, and get some heat problems, with partly melting inner case: 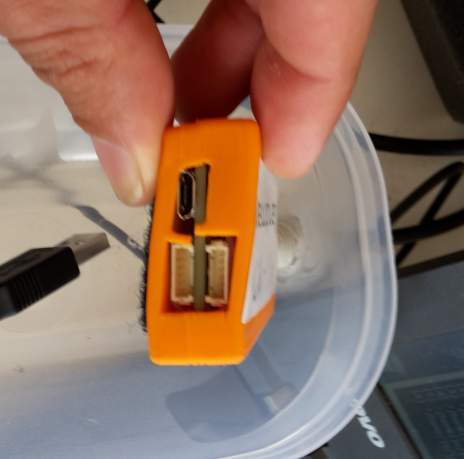 I got my cheap solution tested the other day. No leak. It stood outside for 6 hours, logging PPP.

How to build your own cheap and portable survey basestation and roverpole Requirements: 10-20cm of your or anybody elses favourite broomstick and chop in to suitable lenght 1x A lunchbox, plastic and waterproof. 2 xgaskets or similar to seal wire going throug a hole. Recommende to keep your device secure and dry. 2 x clamps that will fit to what ever pole you use. 1 x pcs of aluminiufoil that fits inside CD box Double sided tape and one normal wide tape and some paint to style everything up. … 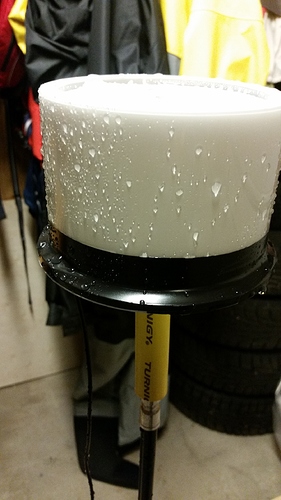 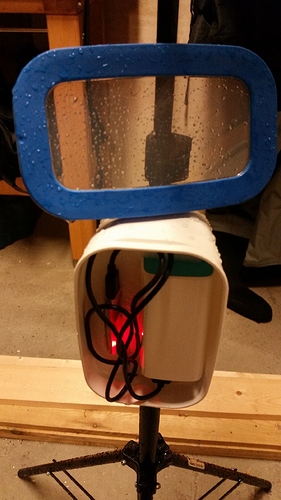 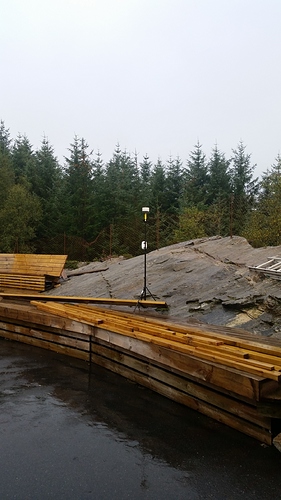 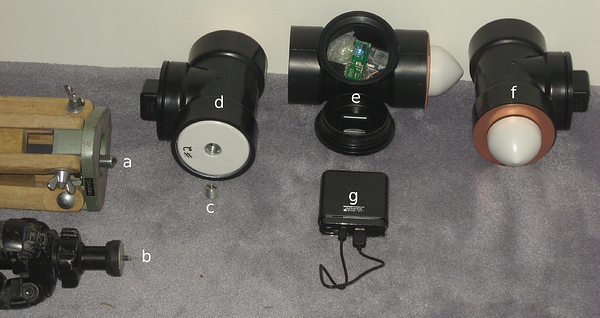 You have come up with a very low cost, very rugged waterproof container. The only part that would be hard to come by would be the white colored base plug. Did you find the plug in a hardware store or did you 3D print it?

Yes, as you see, the container is made from plumbing fittings available at the local hardware store.

For those not familiar, these fittings are sold for sewer and drainage pipe. I think the fittings vary from region to region, so yours may not be the same. These fittings are solvent-weld, which means you buy a can of solvent cement (or glue) to hold them together. I used transition cement which is supposed to bond the black ABS to the white PVC. The ground plane and top cap will be bonded to the socket with RTV silicone, so it can still be disassembled. The white PVC pipe is a bit smaller than the black ABS, so the white PVC cap is inverted and being used as a plug in the socket of the ABS line clean-out. I trimmed a few mm from the edge so it is slightly sunken in the socket because I did not want it to protrude. I think the sockets of the black ABS line clean-out are pretty square and also this gives a little bit of compression flex when the bolt of the tripod is tightened into the base of the container. This way it will not rock on the tripod head.

The antenna mounting hole in the top PVC cap was made a little large to accommodate the alignment procedure. After leveling the tripod head, the antenna on top was aligned to the center of mounting nut +/- 1mm by dangling the plumb bob and sighting from the side at 2 perpendicular locations. I used a theodolite for this, but I can think of other ways to do it without a fancy instrument.

part 2 is working on the radios: 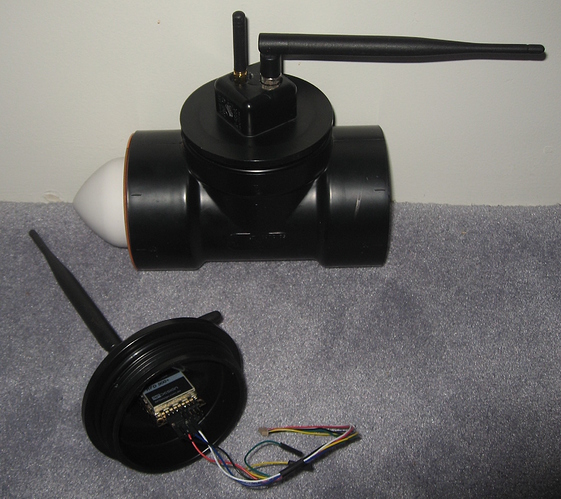