Hi
just updated and reflashed my RS units, but something is really wrong.
the rover has the grey bars jumping up and down every second. and it says i have a fix, yet there is not AR ratio showing. 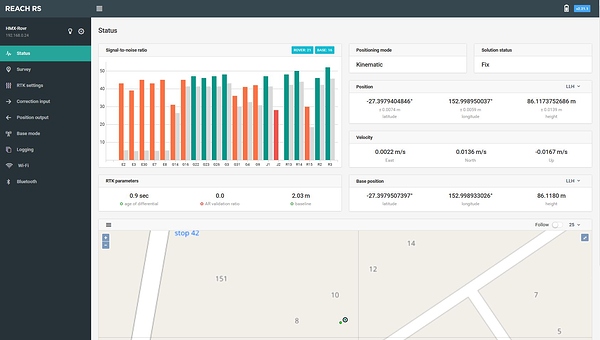 Continuing the discussion from ReachView v2.21.1:

agh , thanks for that, looks like there isn’t a fix ATM. Should I roll back? it’s totally made these units unusable now.

We’ll make sure this is fixed in the next firmware update. Sorry for the inconvenience

Apparently they are working on a fix

OK, thanks for that, I’ll see if i can roll back. Totally don’t trust anything coming out of them at the moment. And the thread you pointed me too goes back 20-25 days so looks like no fix is coming that quick.

would appear we can not roll back

Use the firmware flasher, and you are good to go.

Usually, dev versions contain important bug fixes and new features, however, they also may come out with some missed bugs and issues although we test them before releasing. Keeping the stable version allows avoiding this as a stable version gathers the same features and fixes as the preceding dev version thoroughly tested by us and our users.

We released the dev v2.21.2 update with the fix for the AR ratio issue that occurred on the v2.21.1 dev version. You can check this thread for more detail.