Today I made my own experiments with the precision. I compared first of all different measurement times, then different RTK solutions, which are available from the local NTRIP caster and also compared results from my own base station. The workflow was as following:

I used large photo tripod (Slik Pro 700DX), which has bubble levels on the head. Base station location was on the random point. I measured coordinates of the base from RTK for 10 minutes. Took average fix. Then correction input was disabled. the height of the base was 192 cm.

I used geodetic pole, which was attached to the tripod and leveled with the bubble level. Pole height with antenna was 2m.

Now is the fun part. Experiments!

The purpose of the experiment was to check how measurements will differ, depending on measurement time. All measurements were taken in RTK mode, using VIRTUAL-RS solution from LatPOS (local NTRIP network). Autosave was configured for FIX with precision 0.005 m and PDOP 2. Measurement periods:

Results:
The difference between all points was not bigger than 7mm. I saw, that rover was shaking a bit, because of the wind. FIX was obtained in ~10 seconds after connection to the LatPOS. AR ratio was variable from 200-600.

LatPOS has 4 different network solutions. I described them briefly in my previous topic. All points were measured for 10 seconds. Autosave was configured the same, as in previous experiment.

Network solutions, that were tested:

Results:
Max difference between points was 5mm. Fastest FIX was from VIRTUAL-RS solution, but it takes time to place a virtual base nearby.

Rover was receiving corrections from my own base station, which was nearby. Corrections were sent via LORA. I measured the point 2 times with GLONASS AR on and off.

Results:
I don’t see any difference between 2 measurements. The distance between them is 2mm. FIX was obtained under 10 seconds in both modes. Measurements are on the same place, as in previous experiments. Difference is ~3-5mm. This means, that everything is working as suspected. No surprise.

Experiment 4 - corrections from the NTRIP caster with 4 constellations enabled

In demo mode we have 1 station, which is sending corrections for all 4 constellations of satellites ( GPS, GLONASS, GALILEO and BEIDOU ). So settings were set for receiving GPS, GLONASS and GALILEO corrections (as well as SBAS and QZSS, but I doubt, we have them here).

In total, I would say, that all experiments were successful. I really like the results and now I feel more confident in Emlid. I tried also new feature of stakeout and staked out all measurements in field. Looks awesome. In the end, some pictures from the experiment. The stakeout screenshot with the level shift is from 4 constellation experiment. Point from the second experiment was staked out with the 4 constellation correction. 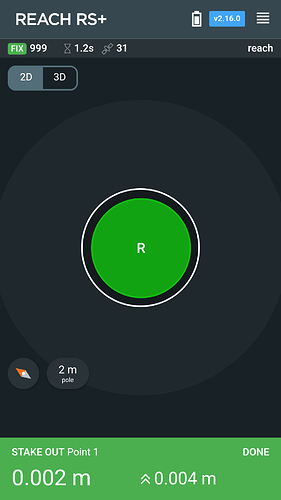 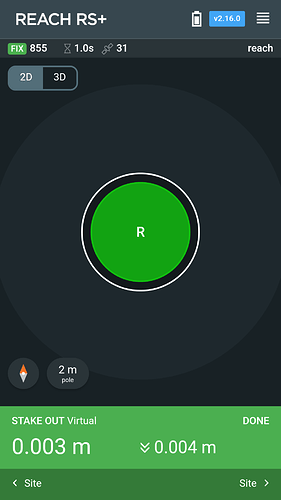 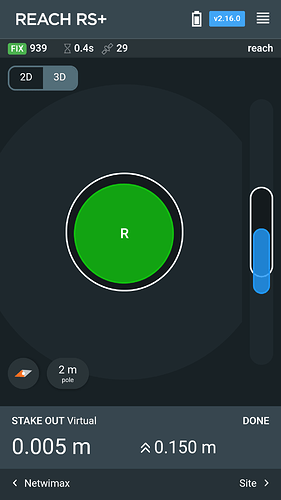 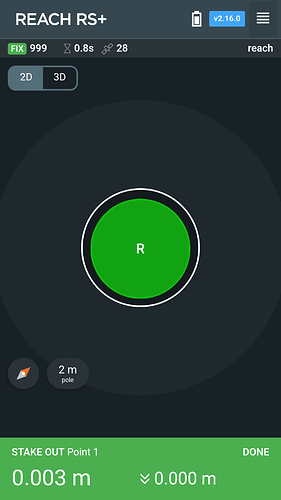 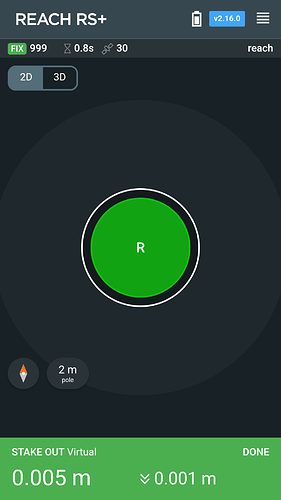 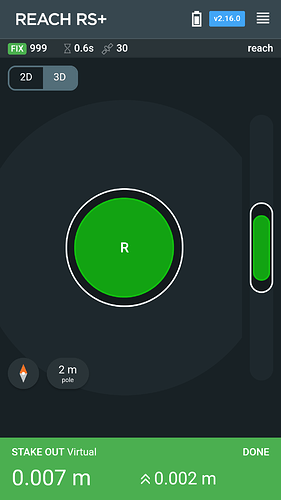 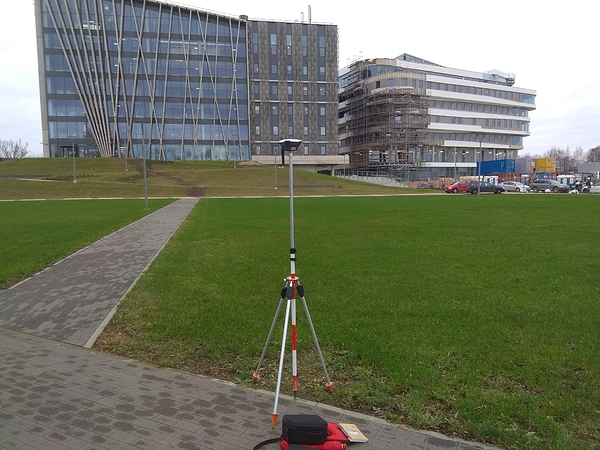 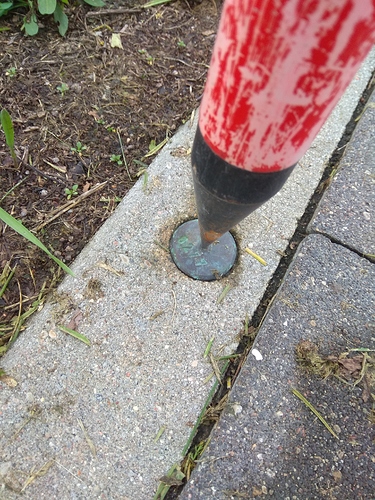 Thanks for sharing these tests result with us! They’re great

I have more or less the same amount of error, 2-5 mm, though using my own base: Evaluating relative repeatable precision of the Reach RS+

Nice to see that I am not that far off.