Today we are excited to announce the launch of Emlid Caster. After some community tests, the NTRIP Caster is out of beta and ready to be used for your everyday tasks. 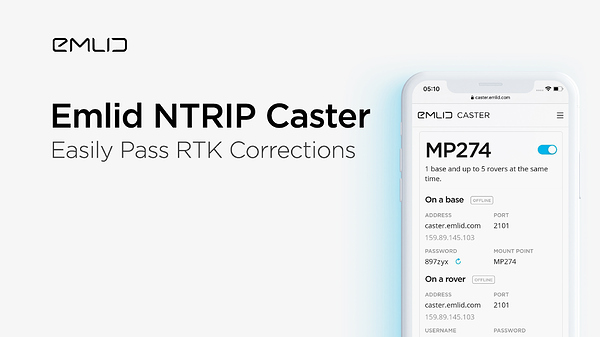 Transmit Corrections to any NTRIP-Capable Device

Emlid Caster is an easy and free way to pass corrections between your receivers over the Internet. You can connect one base and up to five rovers in any place in the world—Caster is available worldwide. The Сaster implements the NTRIP protocol, so it should be working not only with Reach receivers but any other NTRIP-capable devices as well. For example, we have tested it with DJI Phantom 4 RTK and Reach RS2 as a base station and it works smoothly.

Emlid Caster is a handy solution when you want to connect multiple devices to a base station, and have to work with a long baseline, in urban or hilly areas interfering with the LoRa signals.

Unlike the tough work in the field, connecting Reach devices with Emlid Caster was quite easy. In addition, the NTRIP Caster allows you to work with a large baseline in hills that often block radio signals. 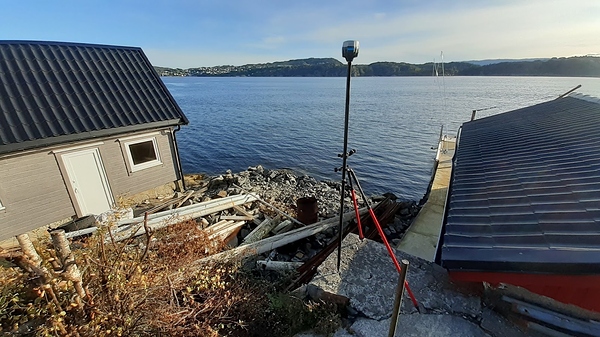 How to Get Started

Emlid Caster is extremely straightforward and handy to use. Just sign up or reuse your Community Forum account to log in, and your NTRIP credentials will be generated automatically for both base and rover. You can start using Caster immediately. All you need to do is connect your receivers to the Internet and enter the access point’s credentials on your base and rover.

Can Ublox F9P be used as a base in Emlid NTRIP and send RTK correktions to a RS2?

hi,
Do all 5 rovers use the same username and password when logging in?

Sure, you can establish the RTK link between them over Emlid Caster. They should work fine together.

Yes, you should use the same username and password for the rovers.

Great work on the public stable release! Does the credentials stay the same for the registered account throughout or is it newly generated between different logins?

Thank you! Sure, you can keep using the caster with the credentials you already have.

The mount point should be the same as the one you used previously. You can check it on the caster page. Please ensure that both your units are connected to the Internet.

4 posts were split to a new topic: U-blox F9P can’t be connected to Internet

Hi,
Is there any possibility to add some “translation” option of MSM4 messages to legacy RTCM3.0 messages? This could be done by creating another user mountpoint with RTCM3 suffix.
Some COORS offer multiple mountpoints e.g. RTK_MSM4, RTK_RTCM3.0 or VRS_RCTM3.2 etc.
This could be really helpful for users working with older receivers that doesn’t support MSM4 messages.
For more information see here.

This has been asked in other threads. In particular message 1008 for Trimble receivers. It is on their list of things to do but no eta on completion.

I am playing with arduino to add the 1008 currently to the output of the M2. I will be using 3DR radios to transmit/receive once completed. If it works, it will be a cost affective manner to do so.

Thanks for the request and info! We’ll check how we can implement it in the future.

As @jp-drain-sol mentioned, we’re also looking into the possibility to support legacy messages output. Currently, I can’t share any specific dates with you.

This is great news for all drone mappers out there. Thanks a lot Emlid !

This question is particularly relevant in the case of the M+/M2 unit mounted on a regular Phantom 4 pro. It is sometimes difficult to maintain a stable and continuous wifi connexion to the aircraft during the whole flight, but you can have a radio connexion via the lora antenna.

You need internet connectivity for the rover to receive data from the caster.
On a UAV, it could be done with a 3g-4g-5g modem connected to the m+/m2.

Thank you for the answer. So you cannot transmit corrections via the radio antenna when using Emlid Caster corrections on your base, correct ?

You can, but then it is not the casted correction, but correction of the local base.

got it ! thanks a lot

Any plans of permitting all users of the caster system a way to tie each mount point together into a large VRS or RTN?