Today we notice that the base of our Emlid is broken: 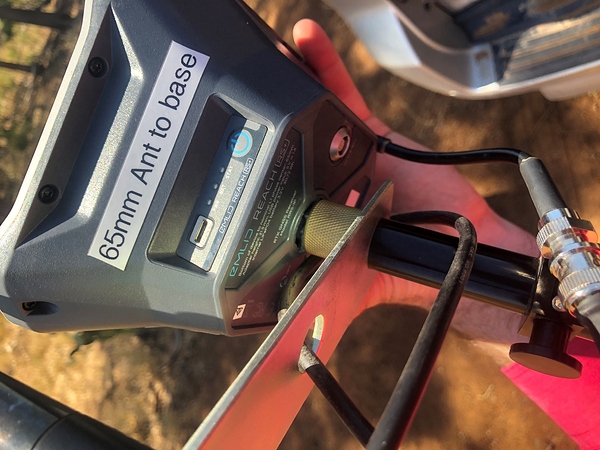 Has any one else had this sort of issue, and how have you fixed it?

I would expect this to happen only if the thread was repeatly excessively tighten.
The thread seating is metal vs plastic, so obviously the metal will win in the end, especially with the current material-thickness of the plastic housing.

I glued the adapter on two of my most abused recivers. I had worn out the threads and the metal mounting almost came loose on one of them. When i have them glued on its noticeable more stable and firm, and can handle all the really bad thing i put them through.

If i should fixed this on mine i would do it from the outside, it is not enough space inside for any DIY repair i think. Made from metal and spotweld a 5/8 nut to a metalplate and fit it tho the bottom of the RS. 4x4 or 5x5cm plate and use glue.

Other users here already suggested that it might have happened because the adapter was tightened too much. I believe that’s the case.

Wow. From looking at that, looks like it may have also been dropped at an angle a lot? Not saying it was, but looks like it would take a drop to crack around like it did while attached to adapter and rod? Or even a LOT of movement back and forth from the wind or sway? Seems if twisted on too hard, the metal female thread would break free from the plastic and spin around first? Unless it is very thin in that area, which shouldn’t be.

Hopefully the next versions of Reach RS will utilize standard 5/8" instead of 1/4" like Trimble etc.

I second the suggestion by timd1971 about using the more sturdy 5/8" thread for future versions. Off course the thread needs to be solidly connected to the plastic case but I am sure Emlid’s designers can come up with a nice way of doing this.
Cheers,

It was unlikely that it was because of being tightened and untigthend repetitively. It was attached to the adapter/plate and quick release assembly once and has never been taken off/apart. And wouldn’t that produce a different looking break?

I think the culprit is the vibrating back and forth. we had it mounted on the bullbar of our vehicle as we were driving slowly around the field in order to maintain a good fix between pick ups.

I think we will do that @TB_RTK has suggested and get some good epoxy and glue the metal plate that we have across the base of the emlid and tack weld a thread adapter or similar to the bottom so that our quick release can be still used.

Tightened too much, but ultimately a casuality of the 1/4" thread design and an accident. Get some flexible super glue and a clamp. Use wax paper over the hole so that the clamp doesn’t stick to the receiver.

I think the culprit is the vibrating back and forth. we had it mounted on the bullbar of our vehicle as we were driving slowly around the field in order to maintain a good fix between pick ups.

That definitely sounds about right. Your repair method using epoxy is best. Probably ABS plastic, where super glue will not hold.

Seems you need to find a better overall mounting method securing it from around the top or around the case also. May need to look at Emlids new damping mount used for vehicles. 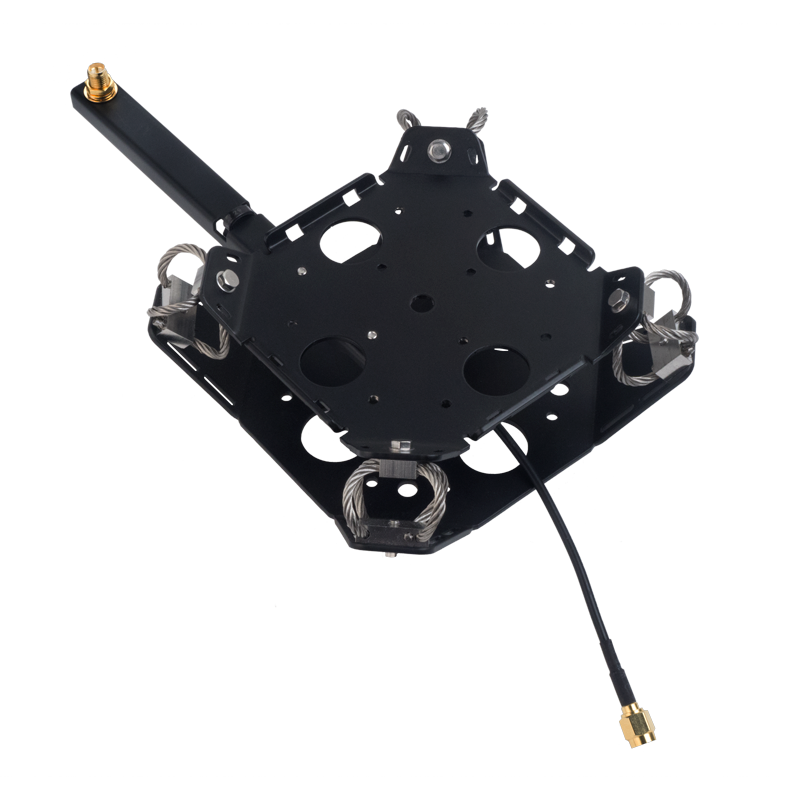 1/4" is too small for a device that is going to be used in an outdoor work environment. Beside, all equipment I’ve ever owned uses 5/8". I just ordered my RS+ and plan to fabricate 5/8" reinforcement before it goes in the field. Also I’m going to build a ring that will absorb impacts so that it can be dropped from vertical without damage.

In order to accommodate the 5/8" thread, I assume Emlid would have to reinvest in new molds and possibly new design… but yes, it should definitely be 5/8" One can always get an adapter if need be for whatever reason.

Have any of you guys actually used that Leica unit? My counterpart at another construction company is a big Leica fan (because of their robots) and was not a fan of these heads. Didn’t quite live up to the marketing. Anyways that image’s scenario is what they make mini-rods for. Great for bridge railing and forms too.

After talking with our supplier: Mangoesmapping, we have been able to fit a replacement shell to the electronics and it will be back in the field tomorrow, good as new. 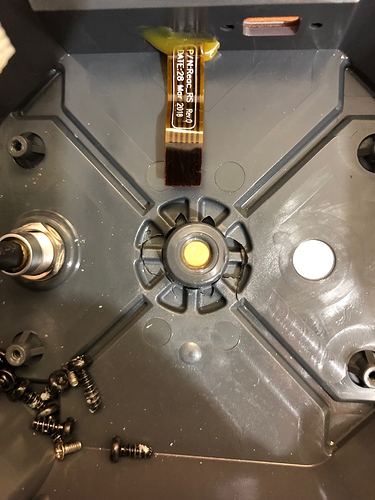 A few more shakes and it may have been a different story with the entire brass threaded plug possibly snapping and pushing up and hitting the battery. Using the larger 5/8" thread may have made it more resilient, but would also need to have larger ribs in the plastic mold, or a metal bracing insert that so that the plastic deforms less during high vibration.

We will be waiting until we have the the Reach RS+ Dampening kit to before we attach it to the bullbar again.

A big thanks to @alistair from Mangoesmapping for getting us the shell over the Christmas period and back to operational abilities rapidly.

That looks like it was almost designed to break…

It puzzles me why no-one from Emlid has commented on the suggestions in this and other threads to move to 5/8" thread for future products!

Because they are on vacation (until jan 9th?). It’s up to them anyways what they want to do in the future with their products.

I am quite sure they are listening to any good suggestions. ; )

Thing is, you really need to be extra careful anyways since they do have a 1/4" thread. I am very careful and use bi-pods, tri-pods etc. I never let them slam down to break. In the case of Ashely.walker though, seems theirs broke over time due to excessive vibration and jolt mounted to a vehicle. Just going to break eventually. Therefore the suggestion of Emlid’s new damping mount which hopefully will solve that problem for the most part …but that probably is more effective for tractors etc… maybe ok for off-road terrain vehicles, but I guess time will tell if they hold up to that also.

I think it will totally solve that situation. For one, it gives the RS unit ‘suspension’ and for two, it fully supports the entire base of the unit. With that design, there is no way that the area around the base could stress and break like shown above. Well, only maybe if you ran it over with a flail mower.

Reach has a lot of applications, and not all of them require a 5/8" thread.
1/4" thread is more universal, that’s why we chose it.

Anyway, thank you for your suggestion! We’ll definetely consider adding 5/8" thread in our future products.