I purchased the taranis x7 and the frsky grx6. I think I have them binded but the rcinput.py file from the emlid navio repo doesn’t recognize any input. Here are some screenshots of them. 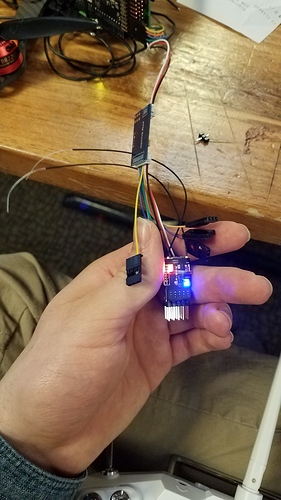 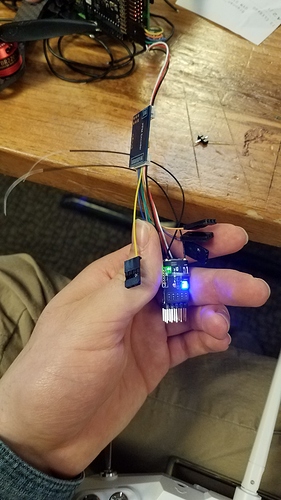 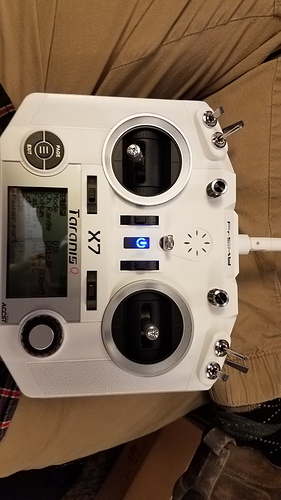 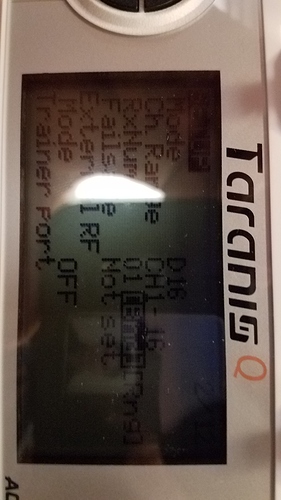 And yes that is a ppm encoder since the receiver outputs pwm.

RCInput.py only ever outputs 899 or 900 even when I move the throttle.

I dont think so. Just PWM. That is why I have the ppm encoder.

I found this on the site:

Yes, it does. Here is a close-up. Is there documentation that I could look for this? The one I found is not really helpful for a beginner like me. It doesn’t show how I should plug it in.
Uploading: 20190424_130211.jpg… 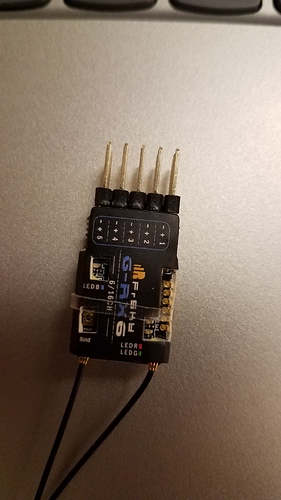 So I realized that I screwed up. I think I fixed the issue and plugged in the encoder cables in channel 1 to 5 on the receiver and now RCInput.py changes its values when I move the RIGHT stick (~1000 to ~2000). However, that is the only thing it responds to. Are there any tutorials that I could look at? Most of the ones I found were geared towards pros.

Is there documentation that I could look for this?

S-Bus Out is on the right pad of your picture. You have to solder pins on +, -, and S-Bus out.

I tried SBUS, but it doesn’t seem to provide enough power to the receiver.

May I ask you to clarify this, please? How did you understand it?

I tried again and now it is working, but I have a new problem :(.

I answered you here.