Survey grids in the field

On an archaeological survey, I use a grid system (e.g. 50 m x 50 m). In many instances I establish the grid beforehand in GIS and then stakeout the corners with my RS2 using an RTK base/rover configuration. At other times, however, flexibility in the field requires the grid to be established while onsite taking into consideration vegetation, plow lines, etc. Here, I can simply set the grids using measuring tapes and then take the corner points with the RS2. But what might the workflow be for using the RS2 for creating 50x50 m grids in the ReachView app. Is this possible or must I use a third-party app?

Why not go ahead and make the points for the grid? In construction we create all the typically requested points beforehand and supply PDF points map that the field workers can pull up on their iPads. All they have to do is hit stakeout and select the point. Regardless I like the request. Another common feature is stakeout of linework.

For you now you have to use third-party app, that supports external GPS device to be connected via Bluetooth. Usually I make a grid in the field on a laptop and then import CSV points to Reachview.

Thanks for the feedback! I agree that creating the grid corner points beforehand and proceeding with a stakeout is ideal. But for various reasons, and especially with sites previously unseen, it is sometimes necessary to establish a grid onsite. It may be that basemaps used beforehand are not accurate enough or that ground conditions have recently changed. It would be great if we could take one corner point in ReachView, build uniform grids from this single point, and then lay out the rest of the corner points with stakeout.

Do you use a drone at all?

At the moment, the ReachView app supports only separate points collection and stakeout.

You can integrate Reach with a 3rd-party app that supports the creation and stakeout of grids. To learn how to transmit Reach coordinates to Android over Bluetooth, you may take a look at our Mock location for Android guide. We also have guides on MicroSurvey FieldGenius setup and Carlson SurvCE/SurvPC setup, which might be of help.

I would personally use Kseniia’s instructions to use the RS2 with external software, then use QField to capture/stake the points. You can see your position in real-time and as long as your QField project is setup with a projected system with metric units, you’ll be able to walk around and place your grid every 50 meters pretty easily.

This way you’ll both build your project grid and implant it in the field in one step.

@lucas, For what it’s worth I would highly recommend FieldGenius for Android. It does not require any additional setup other than position output on the rover over bluetooth via nmea.

Thanks again everyone. I will look at the various third party apps. Although my immediate roadblock will be that iOS devices are primarily used in the field up until now. So no Bluetooth compatibility yet.

If you think about a possible switch to Android I picked up this to use solely as a data collector. I’ve done about 10 surveys since and it has worked very well.

After using Windows mobile version, FieldGenius for Android seem to seriously lack features, and I don’t like how it imports dxf files. 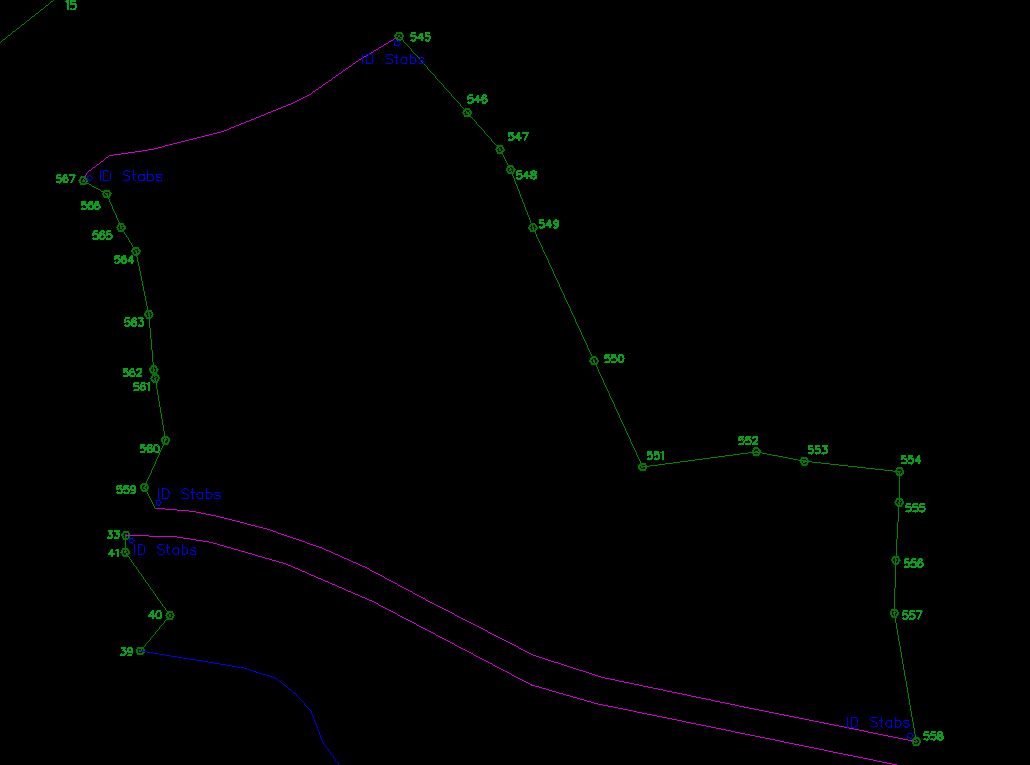 For surveying topographic points I use Survey master.

I’ll get with one of their engineers to see what is possible. I know layers can be color coded which leads to points and surfaces, but have never needed colored linework since I only use the Emlid for simple calcs, boundary localizations and defining grids.

After speaking with the engineer color coding linework is currently not supported, but is in development for a future release of the Android version. I beta for them and will report back when we have something more definitive.

This is just a follow up to my original question and after hearing some of your ideas and recommendations. iOS and the lack of Bluetooth connectivity with the RS2 limits the third-party apps I could use to lay out corner points for survey grids, and then conduct a stakeout with ReachView. Also, some of the suggested apps would come at an additional (not insignificant) price. Qfield might be an option in the future once it becomes compatible with iOS devices.

For now, I think Jurijs’ suggestion (third comment above) would work best. In this case with ArcGIS Pro for which I am fortunate to have an institutional license. So, one initial point could be extracted in the field with the RTK base/rover setup. I can then input manually the XY of the point in Pro, and establish grid dimensions and orientations (the process is very quick in Pro!). The points will then be exported in CSV format, imported to ReachView via local hotspot in the field, and then I can progress with a stakeout. It would certainly be easier to do this in the field with a mobile device already connected to the RS2, but we make due with what is available. I actually found producing grids in some third-party (iOS) apps to be cumbersome or non-functional. Any further suggestions/modifications to the above workflow would be welcome.

That’s pretty much what I meant by the very first comment. Unless a grid is tied to a feature that is yet to be determined it should be the other way around where the objects are tied to the grid so it really doesn’t matter precisely where it is si it should be pretty easy to create the points ahead of time.

The grid tied to a feature that is yet to be determined is the scenario I’m interested in streamlining. In many cases the grids can be prepared beforehand, but not always.