I’m using my set of Reach modules to survey a fence line beyond a set of known corner pins. Nobody knew the fence was so far off until a surveying crew installed two of the pins last fall for a highway project. The original corner markers were wood and are long gone. In total, the neighbours will gain about 5.5 acres form my place and my parents place. My procedure and some images follow. Last image shows my helpers. Notice my one son hiding under my jacket trying to see RTKPLOT on the laptop to see how far away we are from a way-point. If anyone knows of a better way to locate points please let me know. I assume when Bluetooth is working we can use an app on a phone instead of using the laptop. The thing I like about RTKPLOT is that it gives the distance as a grid so you always know how far you need to move.

Actually, I had tried a few other methods first that were based on data from the internet. At first I tried just taking co-ordinates from an online map. Next, I found a way to get a shape file for the parcel in question. I eventually realized this data is not accurate enough for what I’m trying to do.

Here’s what I ended up doing.

As a check, because I’m still close enough and the terrain is flat enough, I can see that my new stakes line up with the existing portion of fence between points 0 and 21. 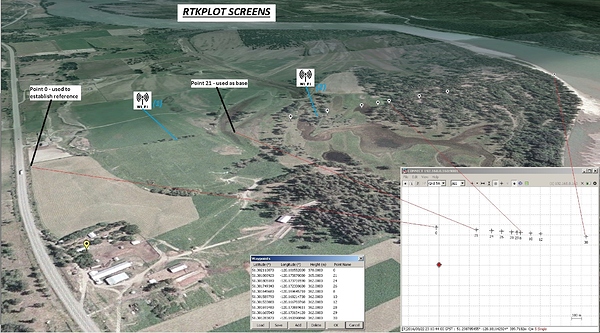 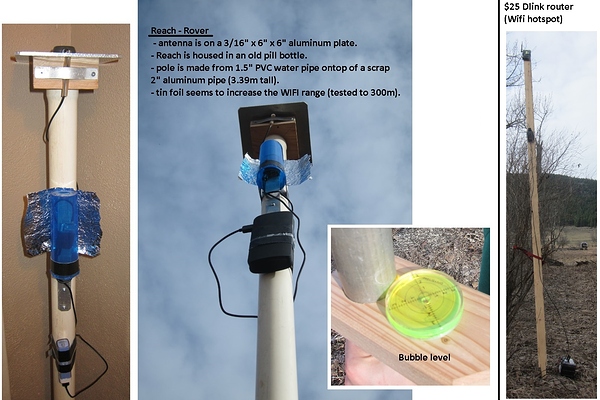 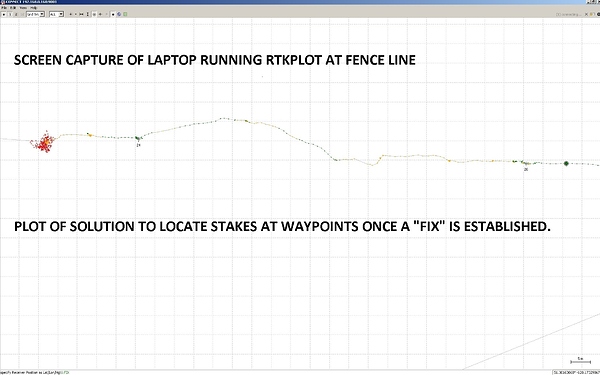 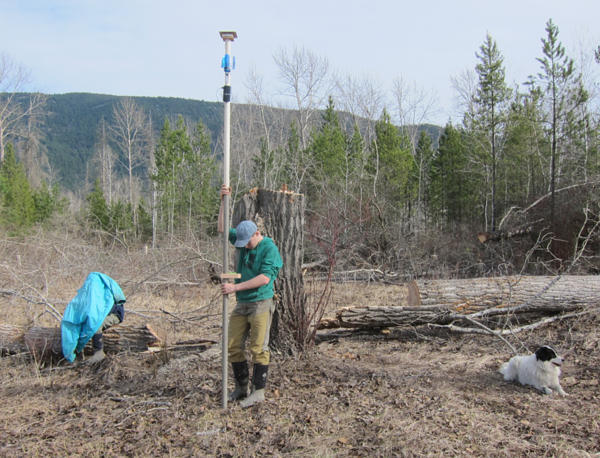 @mikhail.avkhimenia just said after reading your topic “I wish we could also use these devices, not just develop them”

Best of luck with standing up for your land! Glad that Reach could help, by the way we have released Bluetooth output yesterday. Now working on a blog post and docs

I’m confused, who is gaining and who is losing the 5 acres? When I read the post, I assumed you were giving it up.

Thanks for posting your workflow and your equipment setup, and nice job on the antenna masts by the way.

Thanks for the comments.

Bide, sorry to confuse! Both me and my parents lose some land. My parents the most. We are on the south side of the fence. I only own from point 0 to 21 and my parents are the rest of the way. The neighbour runs the full length to the north from the highway to the river and is gaining. I guess no one is actually gaining or losing but the fence will be put closer to where it should be.

Oh, that’s too bad you’ve got to give some up. It certainly does look funny that the line on such a big block isn’t running straight East-West. I do remember reading somewhere that back when they were first cutting up the land, some surveyors were making blocks perpendicular to the roadway instead of N,E,S,W and there was some controversy about it.

Hi robins, i`m just curious about the wifi range you got. This range was without any other radio connected to reach, just the stock reach wifi signals?

Edit:One more thing, how did you go about actually “finding” the correct spot in the field. Did one guy walk around with the jacked over his head and yell right or left, or little more to north.? hehe, sry for bad language. I`m from Norway.

Thanks for sharing your experience with the reach

Yes, wifi range was just with the standard reach antenna. We always kept them pointed at the router and had them about 3m above the ground. Laptop was also able to connect to router at these distances but cell phone not as far.

Yes, that is basically how we found the correct spot. We would first get in the general area and then someone would sit down with the jacket over their head giving directions. I did do it in the dark one evening by myself and it was much easier to see the screen but I was holding the laptop screen in portrait instead of landscape so that my walking direction lined up with the motion on the screen. A tablet or cell phone would be much easier. With Bluetooth now working there might be an easier way.

With bluetooth working you can use this app for survey and navigation to points, it’s very handy.

I did use it to plant Hazelnuts and the result was very good.

My workflow is to survey the field and then in Qgis to draw where to plant. I then export the points back to Mobile topographer pro.

here a screenshot from qgis: 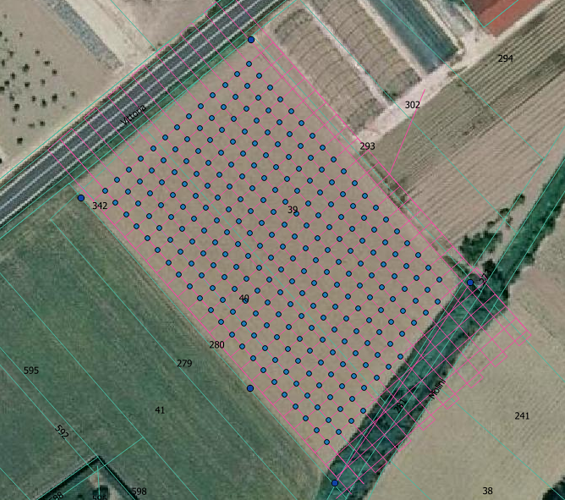 and this is the end result whith pegs where trees are going to be planted: 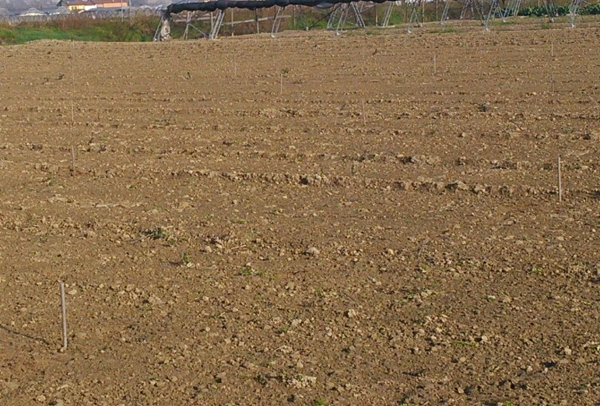 Nice article. On your laptop, were you using the GPS Information Panel in QGIS to connect to a Reach solution output stream or did you load your waypoints in RTKPlot and use it? If the former, can you describe your configuration? I was hoping to use a Bluetooth serial connection or the tcpsvr, but I think a com port driver on the Reach side is missing for Bluetooth and I don’t believe there’s any way to make tcpsvr compatible with gpsd. How are other folks linking their Reach solution output stream to any windows software besides RTKPlot?

I currently don’t have time to verify what I did but I do remember that using RTKPlot was better than the GPS. I believe that QGIS was possible but I’m not sure the settings. Here is screen capture of what’s in QGIS

I did try the serial device and tcpsvr connection. In RTKPlot the waypoints had to be entered in one at a time because the import function doesn’t work.

I plan to do more with this in about 1 month.
Robin.

Is it possible to survey two points in RV3, enter post spacing, then start marking out the straight fence line?

Fieldgenius is awesome for that

I looked for an app but gave up and went with what I know.

I guess this all stems from the human desire to put a square fence on a imperfect sphere in relation to a changing magnetic north.

Will check out field genius and qgis.

collect 2 points,
draw a line between the 2 points and or extend it longer the direction you want it,
you can also add points to that line at any given interval,
then stakeout the line or points on the line , Done

This can all be done in the field if needed