[Solved] Transfer position to Windows CE devices via Bluetooth, UTM transformation for use in TopSURV

I’d like to present a small software that I wrote, it runs on Windows CE based handheld devices and collects coordinates, which are transmitted via Bluetooth from Reach RS+ GNSS receivers. It also converts latitude/longitude to UTM north/east coordinates in real time and averages position and height values over any period of time. (UTM is still not supported by ReachView and is most common at least among Germany when performing surveying tasks). Averaged coordinates and height values can be copied to clipboard and pasted to any other software running on the same device. 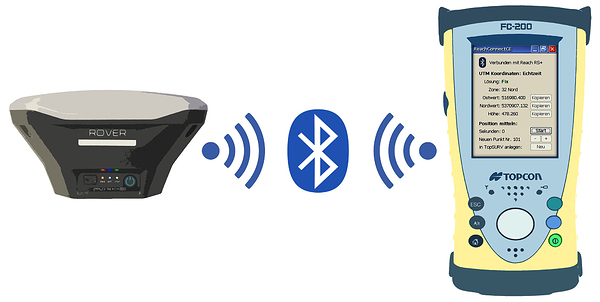 The software is called ReachConnectCE. It is optimized for Topcon FC-200 field computers and the TopSURV 8 surveying software. In particular it is suitable to perform the resection task with TopSURV 8 using an optical total station. The coordinates of an unknown point at which the total station is set can be calculated by resection when at least two points of a known position are observed. Using a Reach RS+ GNSS receiver and ReachConnectCE such points can conveniently be collected and transferred to TopSURV. After averaging coordinates und pressing the “New” button, a new point will automatically be generated in TopSURV and used for resection.

If you are interested in more information, please visit the project page on GitHub:

This software is free to use and can be customized by developers if desired.

I use two Reach RS+ receivers mainly to perform the resection of an optical total station. One Reach RS+ device is fixed on a permanent base and sends correction data to the rover via LoRa (wrong sticker on this device, should be “Base”): 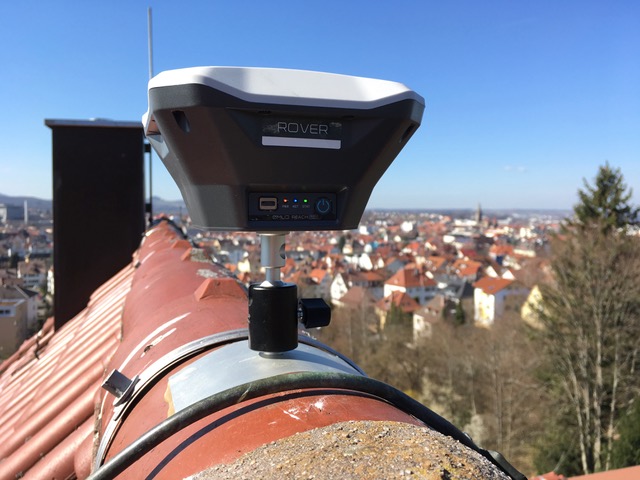 To determine the exact position of the base station, I used the German NTRIP service SAPOS. I measured the position of the base a total of ten times with SAPOS HEPS at different times of the day with changing satellite constellations. The positions are distributed as follows (view of all three spatial axes): 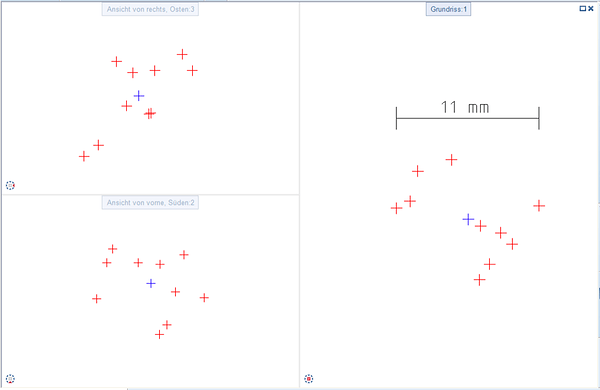 The largest horizontal deviation is just 11 mm, vertically even less. I then simply averaged the ten positions (blue cross) and use the result as a fixed position for my base. I’m really surprised what is possible with such cheap receivers.

The rover is mounted on top of a prism, which I use for observing points with an optical total station. This is particular useful in surroundings with poor GNSS coverage like below trees or even inside of buildings. 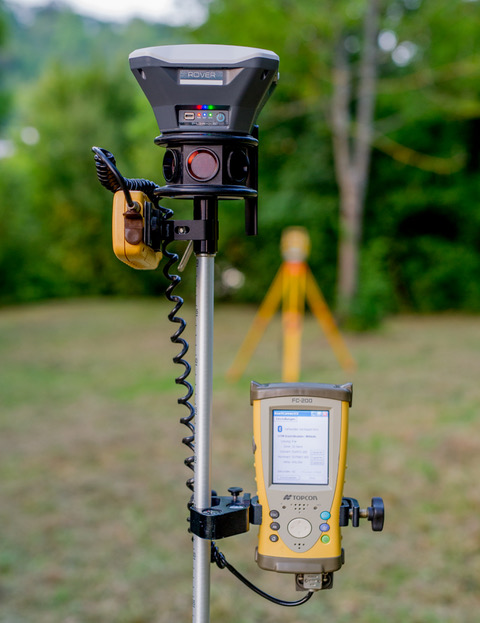