RS2 rover says that base has fewer satellites 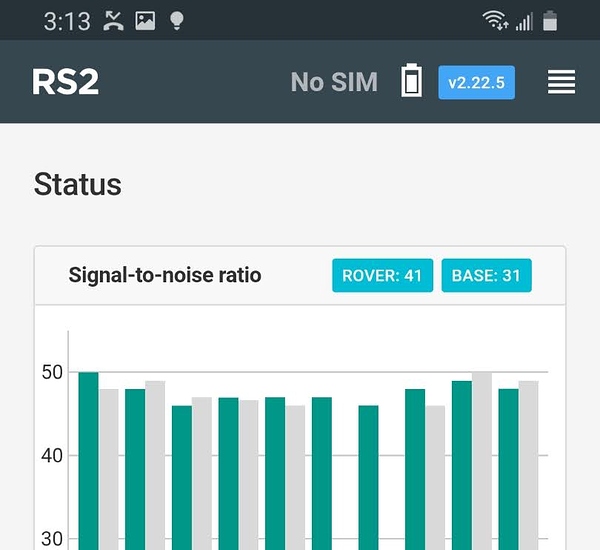 Could you post the screenshot of the Base mode tab in ReachView from the base unit? It seems like you enabled not the all RTCM3 messages there.

OK. I’m nearly certain they were all enabled, but I’ll have to wait until my crew returns in one week because they have the unit in a remote field site right now. For now, I only have a partial screenshot that doesn’t help very much. However, I’m 99% sure they were all enabled. 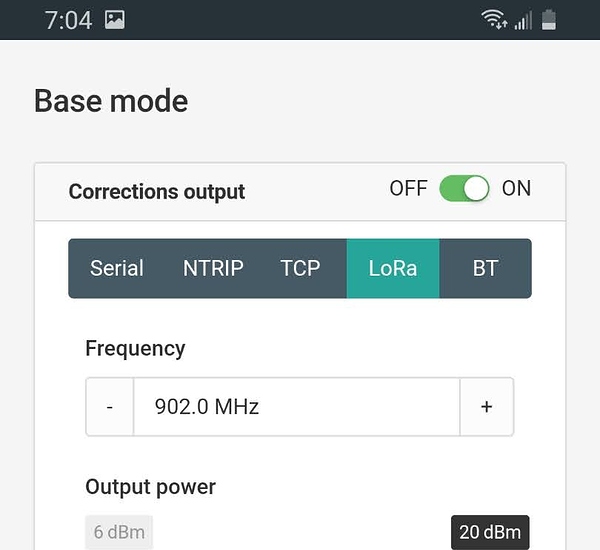 Any chance you have been able to take a full screenshot?

Thanks so much for following up! Unfortunately I haven’t been able to yet due to field logistics, but I will post it over the weekend.

I have noticed this difference as well.

I assumed that base saw 20 sats, no corrections = base 20 sats

But the rover and base may not see the exact same satellites so some corrections are not used.

Thats how i assume it works, very interested in this answer as well.

It’d be nice if you may share screencast showing it and/or the following files:

Ok I have done some testing

Outside open air, barely any differences.

I see wildly different numbers like you describe with the two antennas side by side, sitting in a window, or outside on my deck.

But what i have noticed is if the antennas are way too close one will block or shade the other, also if antennas not properly levelled with each other I get also get messed up numbers.

Hi @tatiana.andreeva and @PotatoFarmer, I also just did some testing today. I’m at a different site and getting better results than before (but still strange). Now when the base says it has 35 satellites, the rover says the base has ~30 satellites (and it says the rover itself has 35). I still don’t understand why there is any differene, but at least this is a smaller discrepancy. Attached is the screenshot showing the base has all the constellations enabled: 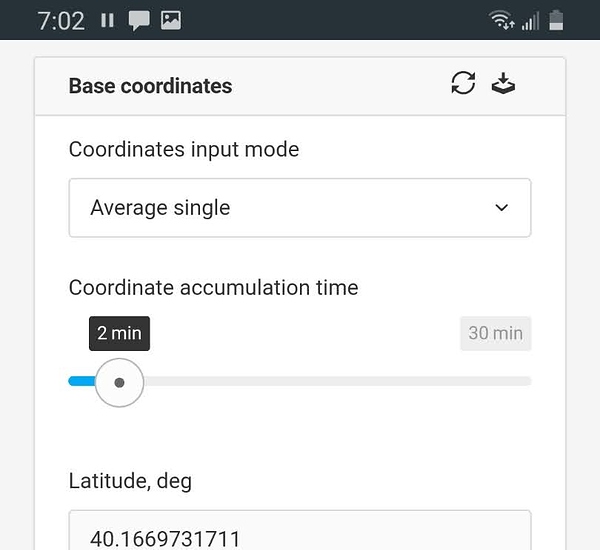 And a second showing the rover has 34 satellites while the base has 29. They are sitting on the same surface about 50 cm apart with the same sky view. 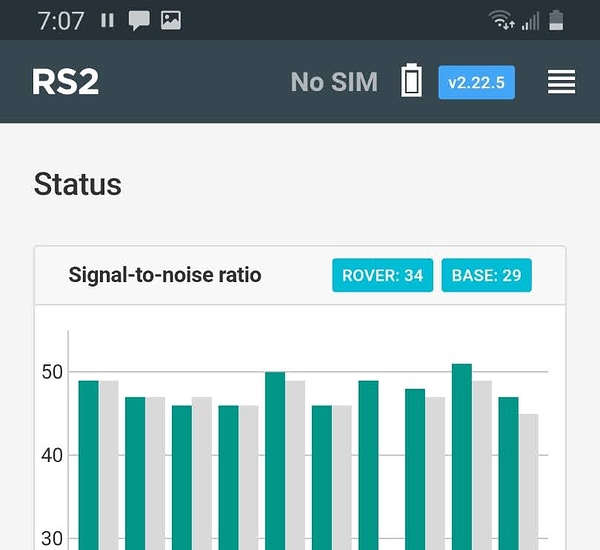 Unlike @PotatoFarmer, I do not see a difference if the units are leveled slightly differently.

I could send the device logs if that would be helpful–let me know which ones you would need.

I’m afraid it’s quite hard to come up with any conclusion before we can look into the following files:

There might be a lot of the reasons for such behavior. However, to find out what is the particular one in your cases, we need to check the data.

The only time for me the numbers look goofy is extreme short baseline, with antennas in a window.

Outside there is no issue for me.

OK thanks @tatiana.andreeva. Here are those files. Let me know if you can solve this mystery!

Thanks for sharing the files! We’ll check them and get back with the news. 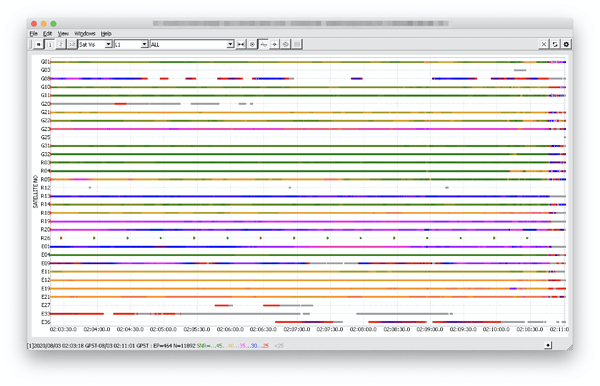 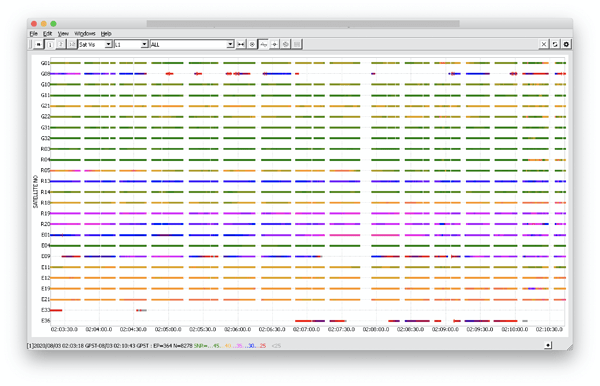 Also, you can see on the base correction log there are some interruptions of the signal every 25-30 seconds. Such interruptions might be caused by the setup when the LoRa radio signal gets blocked. Could you please attach the photo of the hardware setup so that we could check what affects the signal?

Hi Liudmila – thanks for the reply, and sorry for my delayed response. Fiedwork was keeping me too busy to respond. If it would help, I can send the logs and ReachView screenshots I took from the base and rover when they were in this position.

Again, happy to send logs and screenshots associated with this specific photo if that would help.

Thanks for your help!

Is this a curiosity question or an issue? Having 30+ satellites to work with in a solution should be no problem.

This was actually a delayed response to Liudmila’s question and request for a photo. I believe it is more of an issue than a curiosity question. The rover always gets corrections for significantly fewer satellites than the base sees no matter what environment I’m in; in more difficult environments, this can mean the number of satellites with corrections drops below 20, even when the rover and base both see far more satellites.

7 posts were split to a new topic: Firmware versions on Reach devices

The reason why it would have less sats at the rover can be a few things , low snr of that sattilite , Is not seeing the exact same sat and in Rtk settings not have the same consultations selected. Emlid is a great product.

I think the post says the rover says base has fewer sats than what is reported at the base unit. maybe the base unit says it sees 15 sats but when you check from the rover maybe it says 10 sats. from a user holding the rover, if I see for example that the base is seeing only 10 sats when in reality it is seeing 15 sats, I might go back to the base and change its location only to find out that it actually sees 15 sats. waste of time for surveyors in the field.
if the rover says that it is only using 10 sats from a total of 15 sats seen by the base then that is another matter.