Great work and thanks for sharing. I am still learning this stuff. If I have 100 locations per day to get GPS coordinates for and want to use RTK mode for each location, is this possible with the Reach? You stated “setup the REACH in static mode and recorded a 20 minute observation”. Is this for the rover? Does this mean I need to observe for 20 minutes (average) for each coordinate. I am trying to educate myself so I also share any knowledge learned. I have two Reach units, and have only got RTK fixed, to occur 1% of the time (in a middle of a wide street testing)

Hi @Gabriel_Padilla,
I typically don’t use RTK mode because I don’t need “live” coordinates for points. I almost always post-process my data after it is collected. With that being said, Yes, all of my Reach run in Rover mode.
Best,
Steve

Thank you for you replay @cczeets
In fact I would like your rtklib conf for acquiring data because I don’t understand :
Are your in PPP Static or RTK Static when you record points ?

@Sylvain_POULAIN I am PPK, not RTK. When I record points I’m in “Static” on the REACH.
My Settings are below: 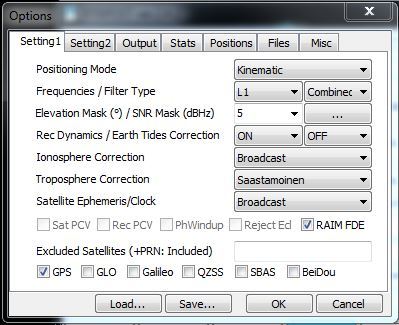 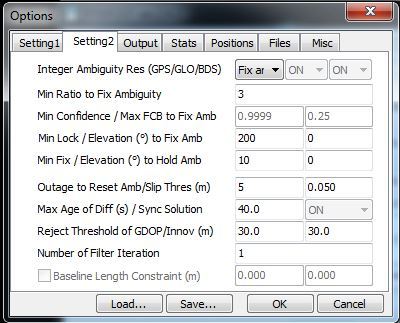 Also are you using the default gps antennas or another model?

We have been trying to work via radio communications with little luck on holding fixed position. I think you have the best solution by running them both as rovers and just post processing all of the data.

Yes, those settings are what I use. Depending on the need, sometimes I use GPS only with 10Hz update rate.

So just to confirm, to make ppk we have to set base and rover in static mode.
Am I right ?

For survey, it should be nice. I notice that v-map, questuav and septentrio use ppk also in flight and it should be a correct configuration for photogrammetry.
Does somebody tested ppk in a drone with reach ?

Yes set both to Static under reach_single_default.config like I posted above. It works on a moving vehicle such as a UAV. 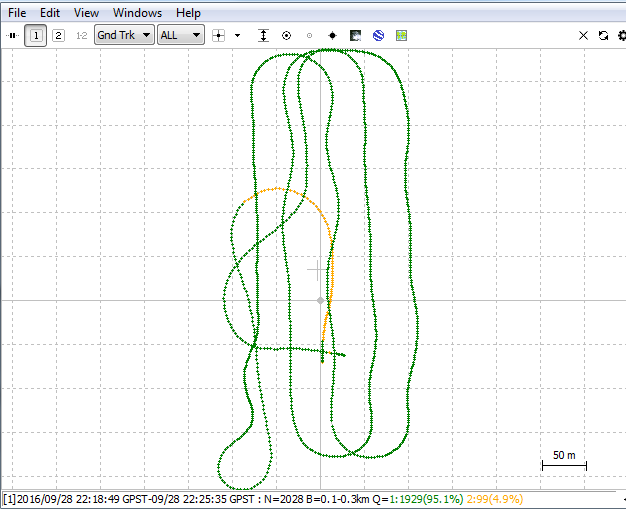 Pasted image626×509 17.6 KB
Thats from a flight we did yesterday. The float (yellow dots) is from the takeoff where the aircraft was at a steep angle. Once flattening out, the reach gained lock almost instantly.
2 Likes
Sylvain_POULAIN (Sylvain Poulain) September 30, 2016, 7:56am #33

Thank you for the feedback.
I have already tested on the ground with static, now I’m sure. Many thanks.

So you mean by “lock” you have the similar “fix” we get in RTK mode with telemtry module.

Fixed or the green dots is when you have good coverage of GPS satellites im pretty sure. On the post above, our take off angle is so steep that we were not getting very good satellite coverage until the aircraft leveled off. After that we had at least 4 satellites in the green on the ReachViewApp the remainder of the time.

@Sylvain_POULAIN Yes, you are correct with both of your posts. Set both to “Static”. Yes, “Fix” in RTK is the same in PPK only it’s not “Real-Time” it is “Post-Processed”.

Thank you.
For GCP or photogrammetry purpose, it doesn’t matter if it’s not in real time

@Sylvain_POULAIN I Agree! Real-time is not needed.

I use custom UAVs with pixhawk and APM:Plane for large areas, the smallest is around 500 ha, I do Ag but sometimes they ask me DEM or more precise Orthomosaic so I would like to know if it’s a good idea to use this RTK on the UAVs or at the ground to mark GCP then add geo to the orthomosaic, the first option would be very cheaper and quick but I think it introduces some errors by the optics and UAV inclination.
thank you

The company I work for is about to post the steps necessary to do what you are trying to achieve. We have created a cable that allows you to use the Reach RTK kit to capture precise time events when the picture is taken. In short, it uses the signal from the camera hot-shoe and triggers an event within the Reach. http://www.tuffwing.com/support/reach_geotag_event_hot_shoe_cable.html

I am working on a workflow layout so others will be able to follow our steps. We have been able to fly a field with a pair of Reach Modules using PPK and output an orthomosaic map that has photos within cm’s of ground checkpoints when the fixed wing aircraft is at a 100m altitude. All of this has been verified with an outside source using high precision land surveying equipment. When we finish the workflow I will post a link.

@lanzo Yes, wait for @Ian to post the steps.
We have used the Tuffwing cable and it works great!