I am very excited about receiving the RS units when they start shipping. I have been using a pair of reach units up to now and am excited about the additional functionality of having the rugged units with the built in radios. I had asked in a different thread about android apps for data collection and got some good results (and ended up with mobile topographer pro), but I am also wondering how easy it is to get the corrected NMEA data into non-android devices. Like an older windows-mobile based data logger running arcpad or a newer windows tablet running Collector? Something like an Archer2 or Allegro2 would be great as those would work for a different problem Id like to solve.

Apologies if this has been answered elsewhere and I missed it.

I believe that it will just work, all these apps can accept NMEA stream.

Going further, we already have arrangements with major companies on the data collector market to ensure compatibility with Reach RS.

That’s great Igor. Can you name a few of these data collectors ?
Data collection is really very critical, we can’t afford to rely only on android app.

Thanks Igor. I know these devices are happy to accept an NMEA stream, but I am worried about how difficult it is to get them to actually recognize the NMEA stream via blue tooth or wifi.

That is also great news about arrangements with the data collector market. Any heads up on which ones will be specifically supporting Reach RS would be really helpful.

That’s great news. I have my Reach RS units here! They came in this morning! I had them up and running in half an hour! Zero issues with wi-fi connections, updates, correction transfer, etc.
My questions fit into this same thread. I am trying to configure position output (NMEA) via usb to my Windows Surface Pro. I tried this on my other reach boards as well but didn’t have any luck.Now this morning I don’t seem to be getting it to work either.

When I plug it in to Surface Pro I get a “driver error” message.It says it’s up to date. Do I need to install some drivers? Any input would be more than welcome. Thanks

I had Topcon Magnet Field Layout working today on my Windows 10 Surface via bluetooth but it seemed intermittment.I think the connection kept breaking with my surface Pro. Not sure what was going on. I was happy to see that it could work, though. The trial version can be downloaded from this page. It provides full functionality for a limited number of points. For small projects, the trial version might be enough. Hope this isn’t against forum protocol. I usually don’t promote the big boys on here.
https://www.topconpositioning.com/magnet-productivity-suite/magnet-field-solutions/magnet-field-layout

Successfully configured topcon magnet field on Windows surface pro to receive nmea via USB. Positioning worked but program seemed to hang while saving points. QGIS worked great. The earlier connection problem I had was from attempting to connect while indoors with no position. I’ll upload settings and a few pics. Sorry I was in a hurry with the pictures. 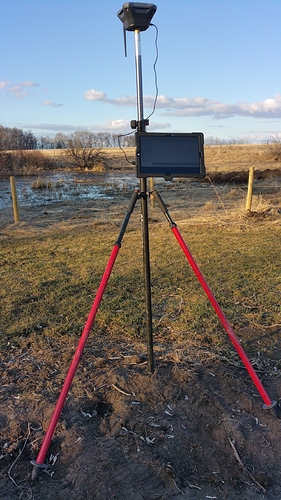 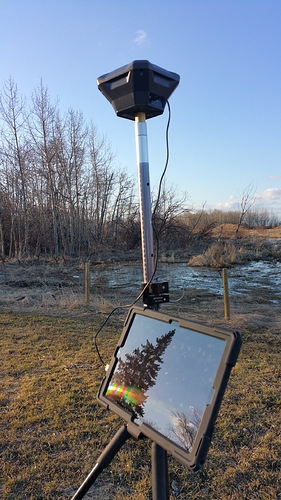 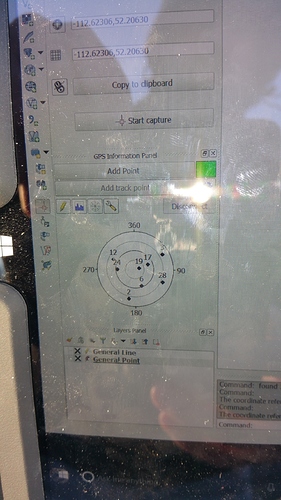 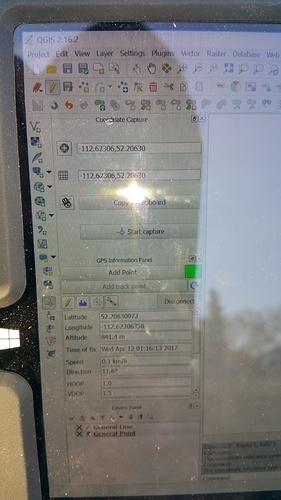 Thats great news. Thanks for posting this Brent.

I do worry about your results with the Topcon FC-500. I was about to pickup a used Archer 2 as there is a particular device we have that would require a windows mobile-based data logger to work with the RTK data from the Reach, but I am hesitant given your problems.

I want to try connecting it to my fc 500 outdoors. That could be the problem there too. It should work.

Cool. Well, I did go ahead and order an Archer 2. I did try today to get an NMEA stream into a little Raspi 3 tablet I have that runs qGIS. It would be cool to try to try using the qGIS GPS extension, but I couldn’t get it to work because maybe rpi has weird BT limitations?

So this is not so awesome:

Since the archer is not seeing the BT link, if I go to the position output screen, and the BT tab, if I set NMEA BT output, I get a “send error (111)”.

I did go outside and make sure I had a “fix” position before attempting to connect.

So I thought, that is frustrating, but Brent also got his USB-PC cable setup working. That is not ideal, but would be an OK place to start. So I set the reach to Serial position output and NMEA, as per Brent above, and then plugged the USB into the Archer. But in this case I get a “Unidentified USB Device” warning.

My next plan is to try over the serial port to fc-500. My Bluetooth experience was the same as yours.

Igor, any ideas on this bluetooth problem, or serial problem?

Compatibility with old devices via Bluetooth is a complicated matter, it is hard to give any suggestion here.

I could recommend to get a usb to RS232 adapter, connect it to the USB on Archer2 and to RS232 on Reach. That will be a reasonable solution if OS on Archer2 supports chips like FT232 or CP2102 or similar.

If the RS232 port is not occupied by other equipment, you can connect your RS there.

We will offer the cables to do that in the next few days with shipping in about two weeks.

Just a quick update: I just got a surface 3 with lte. It was easy to pair that with our rs, and get corrected data over bt into Carlson survpc. That is likely to be my primary workflow in the field now, though I hope to get survce working on the archer 2 over serial so I can still do the thing that I can only do with the archer. 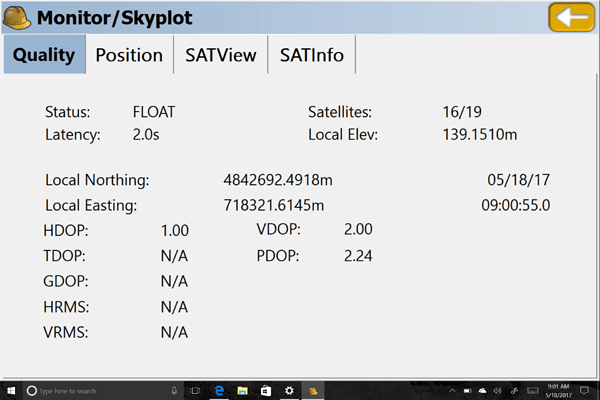 Just so you guys don’t miss it, we pushed an update with new extended Bluetooth support.

We continue improving experience of working with Bluetooth on our devices. v2.5.3 update is out now and it fixes many issues we had with Bluetooth connectivity. Most importantly we now support a secure pairing protocol, which seriously extends the...

Thanks for the update. I’m gonna try to do whatever I can to get serial into my FC-500(Same as Archer 2). I got the cable coming for ReachRS. I’ll also have to try bluetooth again after update. I had Topcon’s software Magnet Field receiving nmea stream (on Surface Pro 3) and seemingly correctly understanding it but I could not save a point for some reason. It reads fix and floats perfectly and positioning but just hung on save. I have referred it to Topcon for tech support. The guy was here and thought it should work but… just waiting. My goal is to incorporate it with my robotic total station and FC-500.
1 more question. Did you have any trouble with your usb port on Surface overloading from Reach RS. I got the warning message several times since the last big update and I had to restart, etc.

Wow, thats great. I have just left for a week of travel, but will update my Reach units when I return. Thanks for the heads up!

Hey, the v2.5.3 bluetooth update made a big difference for me. I can report success with getting nmea string over bluetooth com to my Topcon FC-500 (Topcon’s customized Juniper Archer 2, I believe)! Awesome! It’s still hanging when I try to save a point but I’m getting my nmea string right to where it needs to go. I’m going after Topcon tech support now! Or maybe I’ll post it on their users forum 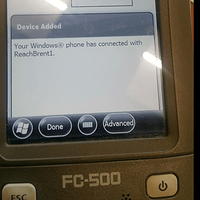 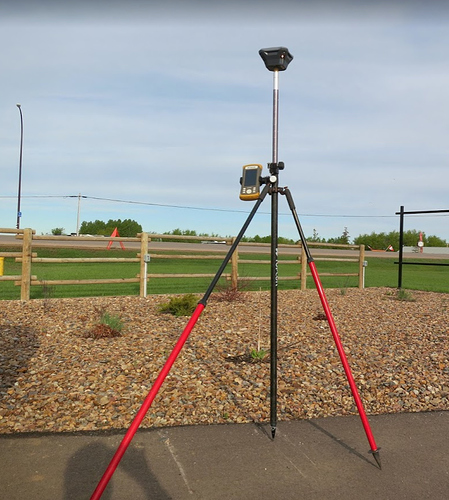 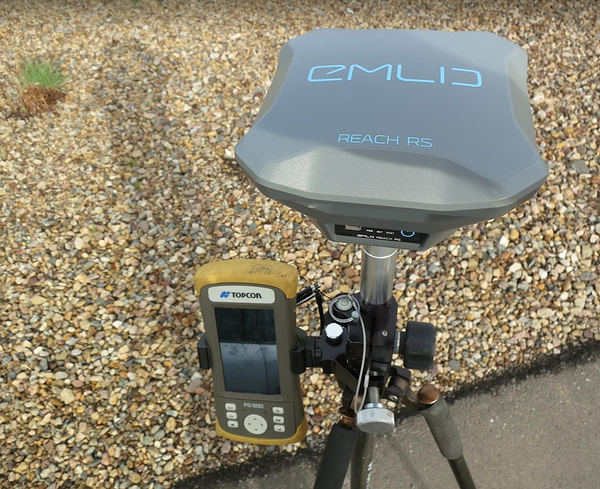 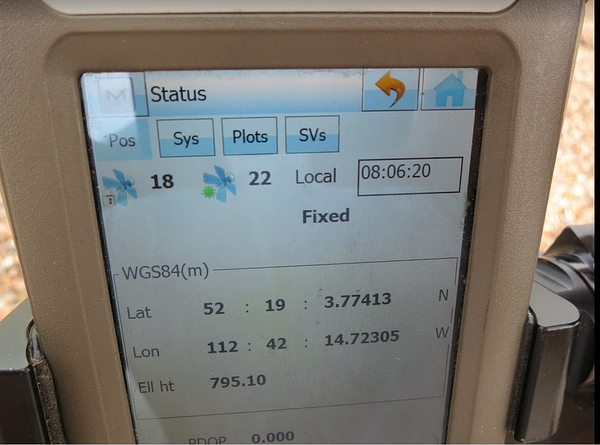