I am posting an RTKPLOT of tests run with Reach in an urban environment.
Although unable to get a consistent FIX, the FLOAT mode appears adequate in this test to get decimeter - meter accuracy. The Google Earth plot shows two processes of Rover data. 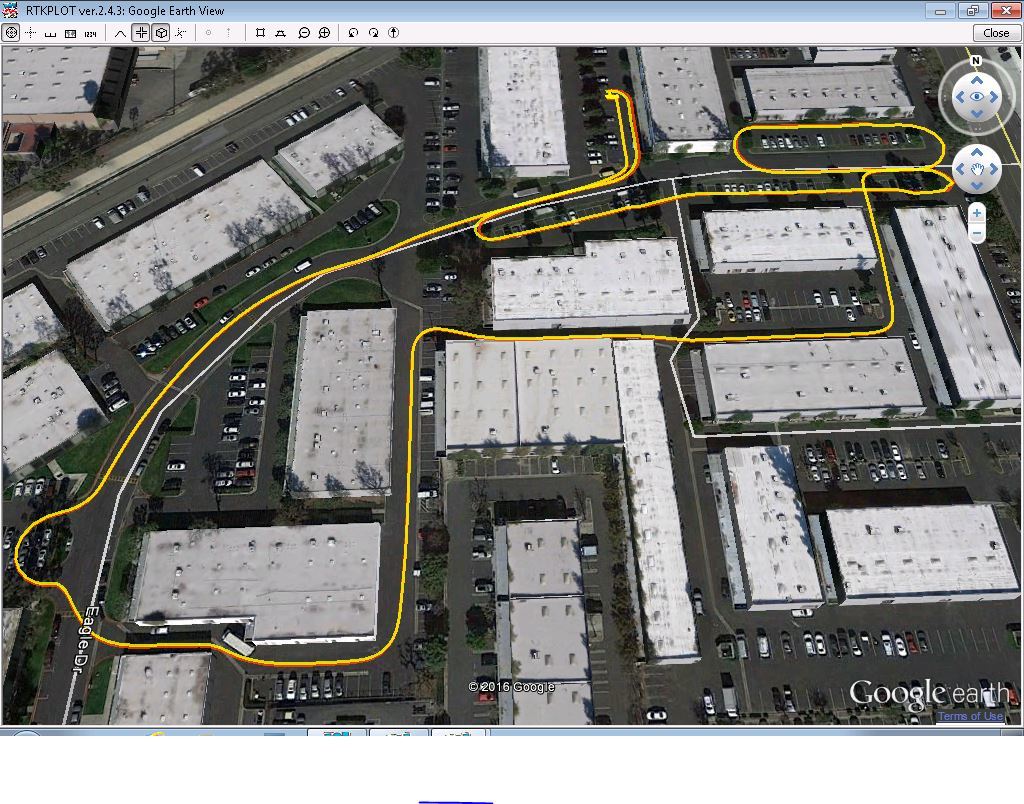 Nice results!, quick question, how does the IMU help. I’ve been looking into what it actually does and so far it looks like a lot of systems just fusion that in w/o explaining how it really works.

I have little experience with IMU, but according to REACH description, Reach has an IMU onboard which will be a down the road enhancement. It’s basically a matter of using the best sensor at the time to determine location.

IMU is good for short time interval location and orientaton. RTKLIB appears to reject accelerations based on prnaccelh and prnaccelv configuration. This is platform dependent. You would allow much higher accelerations on small quadcopters than on a luxury yacht. On the other hand, IMU corrects for short term variations.

You can not see it on the Google Map track, but there a few points where the track is determined by SBAS as the best estimate of location.

It is my understanding that the IMU filter software is external to RTKLIB and will be a later addition.

Oh ok, so it literally takes that into consideration to estimate a point with not getting RTK fix. That makes sense!

Hi,
Thought I would update this to reflect later Emlid results.

Main difference is that I am using my Reach Base for PPK. The local reference stations are either only GPS or GLO+GPS.

Using my Base station, I get GPS+GLO+possibly GAL. And of course SBAS. This is using Broadcast Ephemeris. 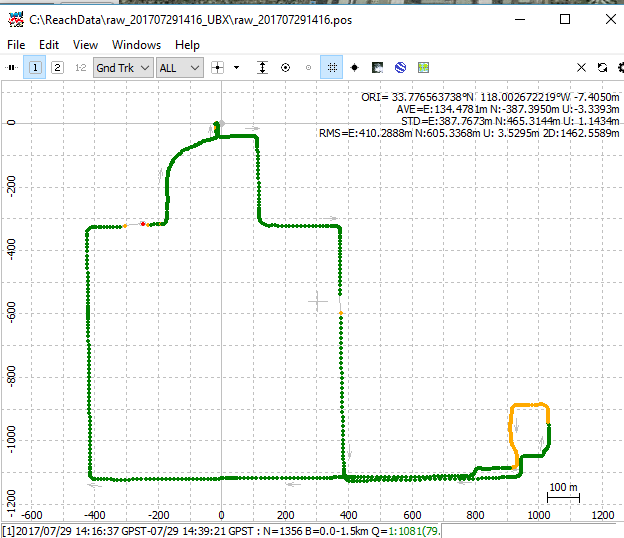 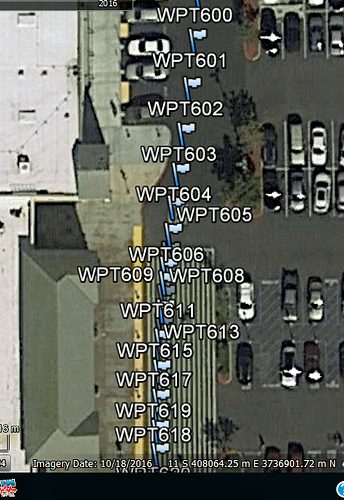 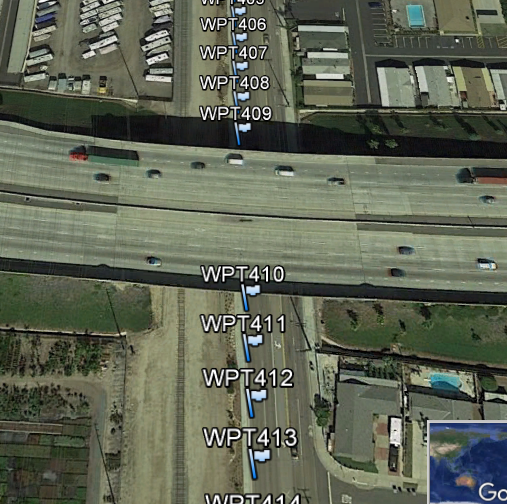 First, I’ve played with Combined PPK to get the FIX/FLOAT plot. The FW (Realtime) plot has more float, but from resolution error circles, most points are cm to decimeter error.

One big improvement appears to be rejection of wild excursions. There are two breaks in the FIX plot where the Rover goes under a freeway overpass.

The last picture shows the Waypoints in front of the local Walmart store. As you can see. there is little effect on the track.

By the way, in RTKPLOT, if you select “Error Bar/Circle” in options, you can see RTKLIB estimation of STD for point.

I have no idea why the FIX went to FLOAT in the WM parking lot as there was very good skyview. The STD did increase significantly at that point, but I don’t know why.

Rover was at right side of car.