We succesfully use the reach with rover-base communication over wifi. Now we would like to use it on the field where the rover has no access to the network. We have two 3dr radios for this. Both have USB cable (radios are tested and working). We connected it to both the rover and the base using OTG cables. However, the communication does not seem to work. When the rover and base are fully configured and are unplugged, once they are plugged in again, they show red LED fully on. 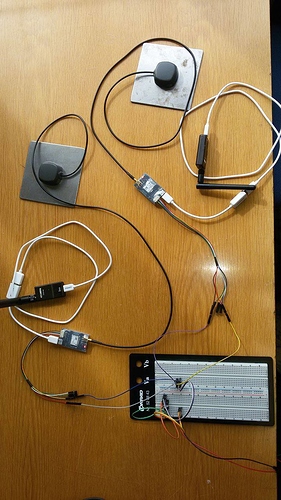 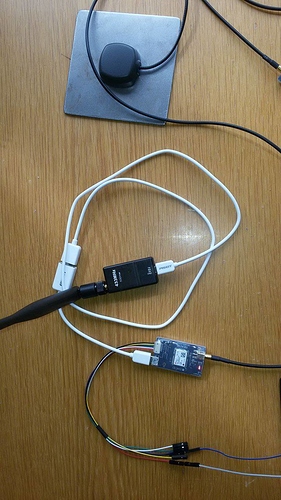 Are we doing something wrong?

Are you sure you’re using the correct baud rates for the radios?

Working for me with baudrate:57600 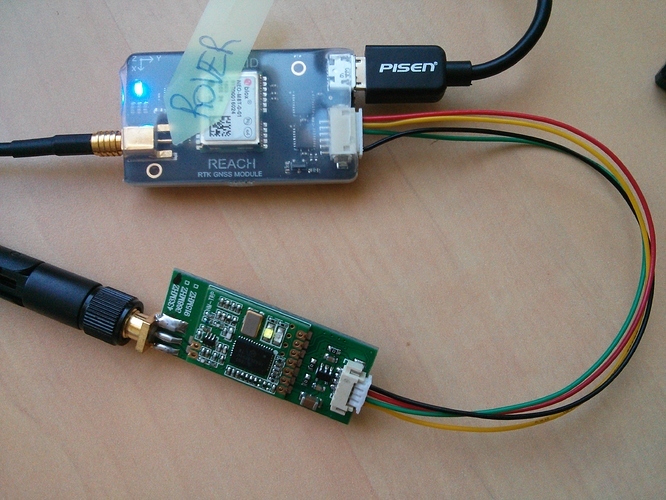 I checked on baudrate 57600, does not seem to work.
The radio however works when using for pc-pc communication.
Did you use an OTG connection for your base unit? 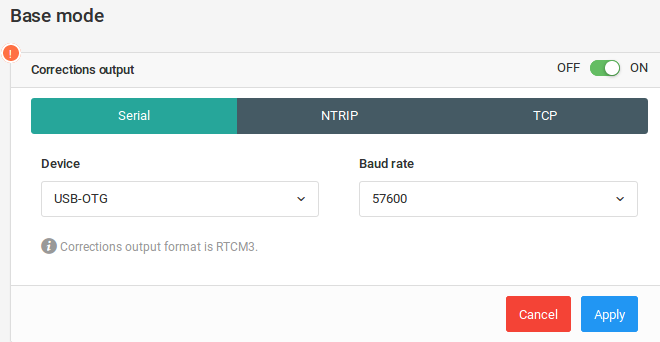 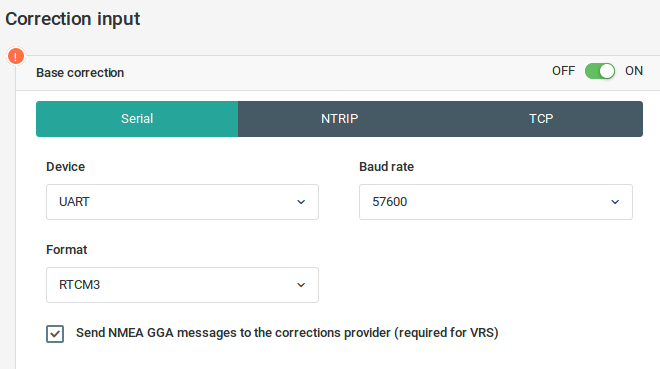 solved by reversing the two cables (tx and rx)

We used a different 3dr radio, one uart and one OTG and it works now.
Guess 2x OTG is not possible?

I think there is a transmitter (OTG: ground module) and a receiver (UART). But to confirm I am not a specialist.
I also increased the power of the ground module to 100mV which was set to the lowest output of factory

In our configuration, the base it OTG connected and the rover UART

Ok, probably a problem with the radios I guess

One other comment. I just installed my 3dr radios and they appear to be working great but I did run into some irregularities with Reach when I used 5V1a port for my power source. Switching to 5v2a solved that problem. In your case that’s probably unrelated but I thought I’d mention it.