PPK with Reach M+ as base and RS2 as Rover. Results

I have an RS2 and a M+ module, and since I’ve had some issues with Ntrip I wanted to give a try on the Posprocessor v0.3.0 point extractor developed by user jurijs.jeshkins to test PPK

Hi, guys! I have something sweet for you. I started to work on a software, that will help us all to deal with PPK process. Everyone, who is doing PPK with Emlid knows, that it is pain to export points from POS files. When you have over 100 points, you feel like a zombie, while using Time Interval function in RTKLib. I have a more comfortable solution for you. First of all, for those, who are not familiar with the problem. When you are surveying something with Survey tool and planning to do PPK… 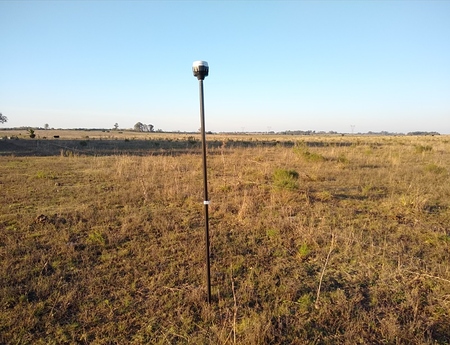 -5 points were recorded in 3 different sessions: 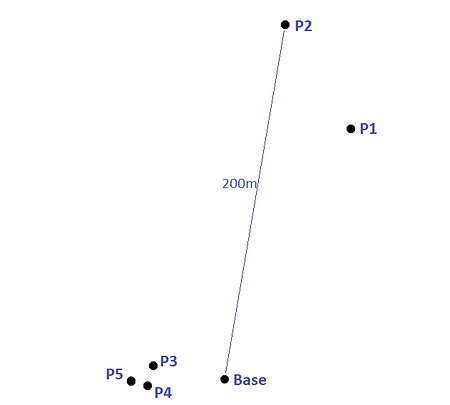 Each session consisted in turning on RS2, record a point for 10 minutes and then record each of the five points for 5seg, 10seg, and 15seg and then turning off the RS2.

So there are a total of 9 records for each point combining different constellations and record times.

Ground Track for one of the sessions. Then used Point Extractor to get the final coordinates for the points. 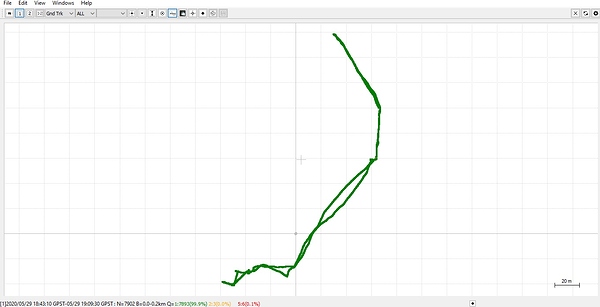 All solutions were Fixed with differences of about 2/3cm in XY and similar for Z.

The different point colours represent the 3 different sessions (GPS+GLO+GAL, GPS+GLO and GPS only) 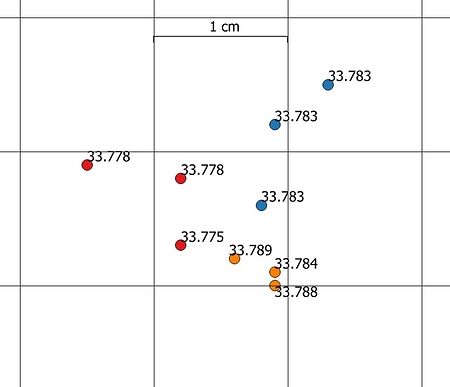 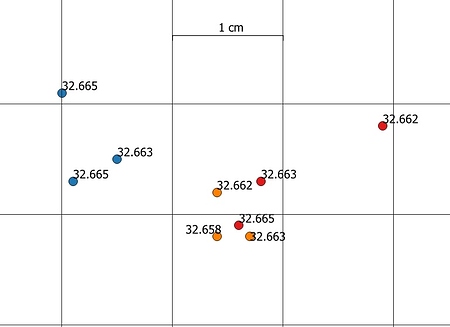 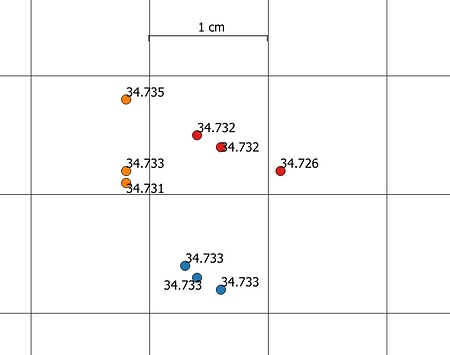 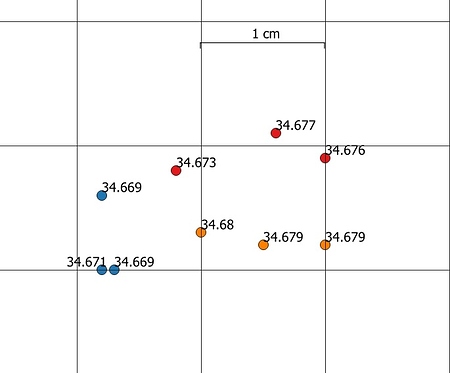 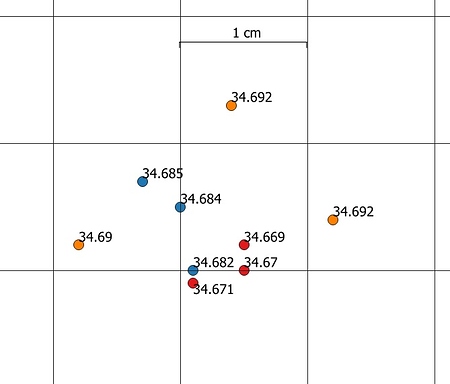 Post processing was using L1 only. So it would be equivalent to be using 2 Reach RS+.

So I can say that using M+ as base ans RS2 as rover I can get very good results doing PPK, recording a point for only 5 seconds. At least at short distances. On this test the max distance between base and rover was 200m. I will test distances of 3 or 4km that would be more realistic for a real job.

Thanks for the interesting test! We usually don’t recommend using the multi-band rover with the single-band base as the advantages of the multi-band system are not used in this case. However, it’s good to know you can get the desired accuracy in PPK with such a setup!

I did it that way since I only have an M + and an RS2 available, and the RS2 is easier to handle as a rover in the field to move and record points. That´s because I only used L1 to post-procces.

I’m planning to acquire another RS2 soon to be able to use the benefits of L1/L2.