I’m having trouble with my HEX Crashing on take off. It’s a new build and so far my test flights haven’t gone well.
After running down several mistakes I think I’m close.

You can view all my components here
But most relevant I think:

All I could find concerning which esc to connect to which Navio2 channel was for Quads: 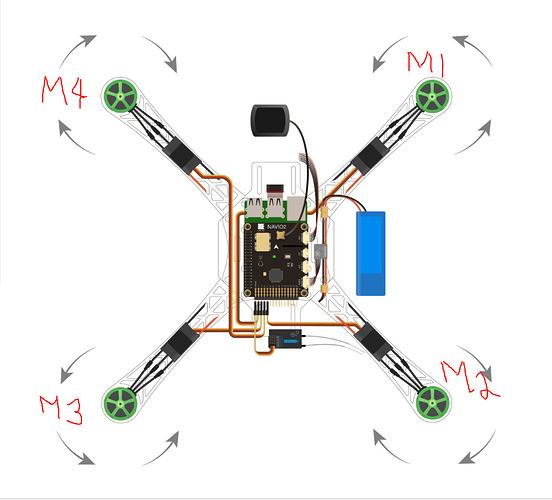 Using this same pattern for my HEX I used

hooked up M1
moved straight across HEX, hooked that motor M4
went back across to start M1
moved to Counter Clockwise one motor M6
repeat

Hopefully this is wrong and someone can steer me correctly, Cause I can’t stand any more toilet bowls. (Already broke one landing gear)

Well I found it here: 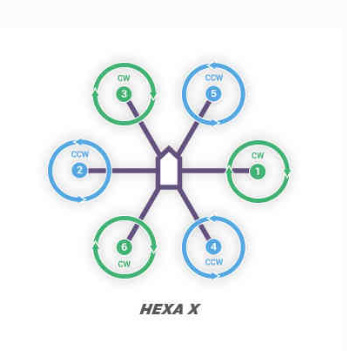 I guess that explains the random flight before on take off.

Still crashed, any advice for a newbie would be appreciated, Not my first flight or build, had my part 107 licence for a year now, built a 250 class racing drone last winter.

It crashed because (i think) I switched to loiter when I couldn’t control it in stabilize, then it wouldn’t land, had disarm the motors at about 15 feet high, It was chewing up an elm tree. Whole episode lasted all of 5 seconds, seemed like ten minutes at the time.

I have to admit I laughed at the scene myself.

Only damage I can tell so far is one broken Arm. Already got one on order.