I have mentioned in the past year how I was trying to come up with an enclosure for my M2 that would fit with my existing antenna. After kicking myself in the behind this spring, I finally finished it. It’s a homebrew solution, but it’s the most elegant I could come up with.

Disclaimer: don’t take your M2 out of the stock case unless you’re comfortable with voiding your warranty. There is a definite possibility of killing the board or some of its components if you fiddle with it.

The problem I wanted to solve was to enclose the M2 in a completely rainproof shell that I could affix on the antenna. I wasn’t concerned about an internal battery as an external pack can be used to power other devices.

The result was a shell that follows the contours of a Harxon antenna. It fits the GPSxxxx series and in combination with a shortened cable with a 90° TNC connector on one end and a 90° MCX on the other, it works perfectly. I tried printing in ASA for UV resistance but found that it was very difficult to get a good print for this complex shape. I went with a high impact and good UV resistance modified PLA that prints fine and should last well in the field. The shell is bonded to the antenna using 3M VHB.

The shell has wings that interface with the M2 board to hold it in place just like with the stock case. The shell cap can be screwed in place with M2 bolts and has slots for a 35x35mm heat sink. There are also 3 through holes that are filled with optical fiber, making the status LEDs very bright even in full sunlight. Between the cap and the shell, I glued in a TPU gasket with some flexible adhesive to make a seal although I have to say I’m not entirely confident because of some slight flex in the cap. I will have to test further.

On the bottom, there is a micro-usb female socket that powers the unit through C2 port.

I made an ugly mess of the heatsink as I wanted to seal it with JB-weld. That was a mistake, the fins are covered with small globs of it. It won’t affect function much, but it looks horrible. 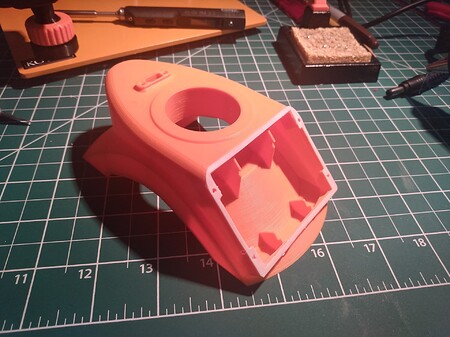 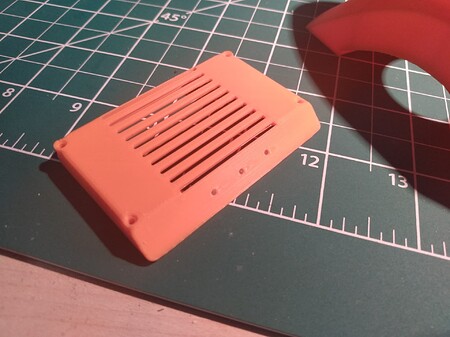 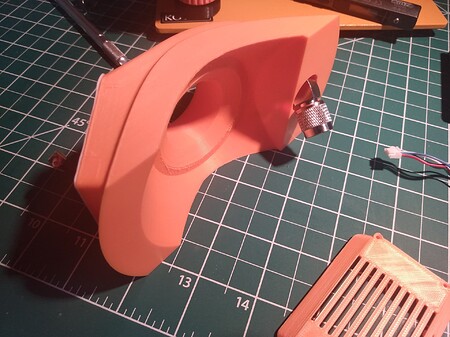 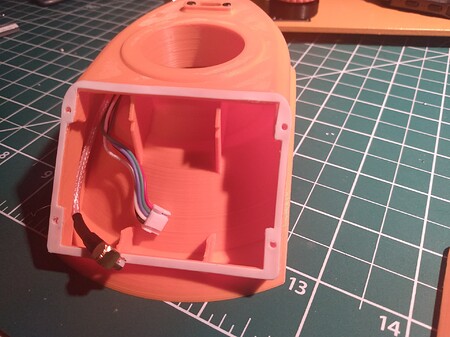 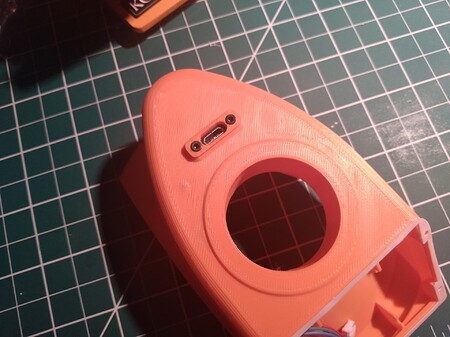 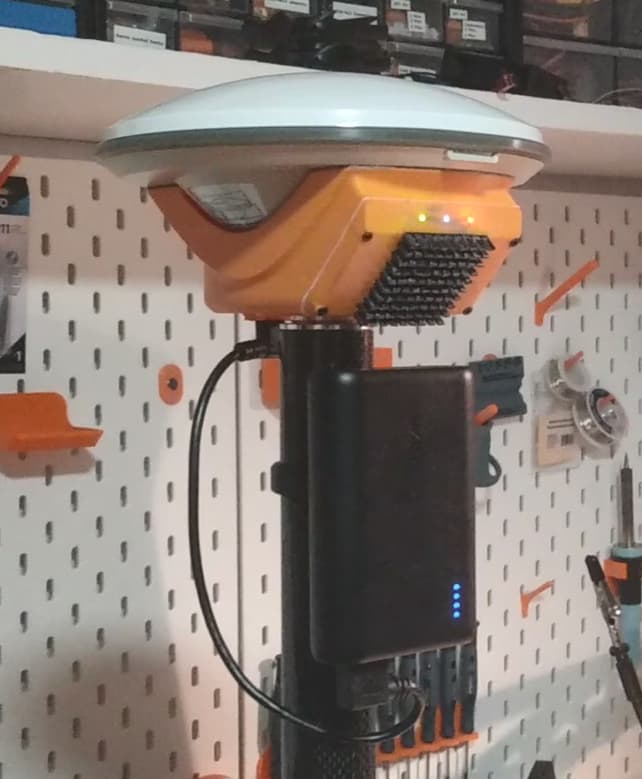 Love the CPU heatsink and the portable power pack. I have the exact same one and it has saved my butt several times.

So cool Gabriel ! Great design… I think this is best one I’ve seen. I like the integrated mount to the antenna.

Thanks! The goal was to turn it into something monolithic and without exposed cables. I’m happy with the result for sure!

Nice work! What was the reasoning for taking the receiver out of the case instead of just putting it as is inside the 3D-printed enclosure?

Something like this Power Bank Hand Grip with an adapter could further clean up the setup as well!

More efficient cooling would be my first guess, probably secondly easier to integrate the LED lights.

What was the reasoning for taking the receiver out of the case instead of just putting it as is inside the 3D-printed enclosure?

Christian has pretty much answered correctly. What I saw from the previous integrations in waterproof boxes is that several had issues with overheating. At first I wanted to simply stick the heatsink on the case, which might have worked or not, but then I ran in the issue of tranmitting the LED lights to the outside.

I thought about using survey pole power banks, but those things are expensive. The other option was to make something myself, but I didn’t want to introduce yet another Macgyvered electronic component to the mix. I carry this power bank for other purposes anyway. Charging my phone, headlamp, consumer grade GNSS for general navigation, so it was simpler to just make a bracket. It slides on an off effortlessly so the pole is clean when in transport.