Hi,
I initially bought the M2 in order to use it with my drone DJI P4A for PPK along with a Sokkia GNSS receiver that will be used as base station. The Sokkia has novatel OEMV board that supports only GPS-GLONASS sats but I think that this will not be an issue.
Then I realized that the M2 can act as a very neat portable base station by using NTRIP and my own caster e.g. Lefebure Nripcaster or SNIP or rtk2go.
So I set the M2 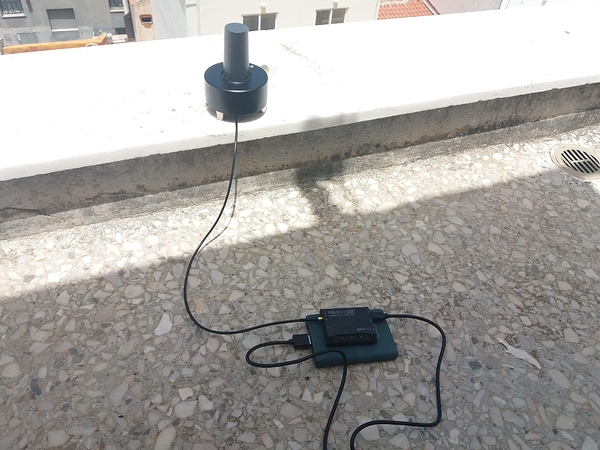 14128×3096 994 KB
to receive corrections from my local COORS in order to determine the position of the base station and then output the corrections to the NTRIP caster.
The first problem I encountered was that the base station sats were not shown in the status tab although it managed to fix the solution. I guess the RTCM3.x messages from the COORS are of classic type and not the newer MSM4-5-7 messages. 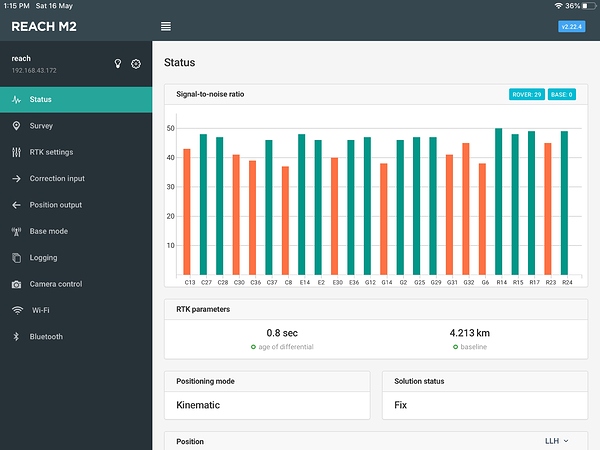 32048×1536 300 KB
So far so good. Then I tried to connect the Sokkia novatel OEMV receiver as rover to the M2 base station via NTRIP and unfortunately it didn’t work because the OEMV board does not support MSM4 messages so the result was “autonomous” 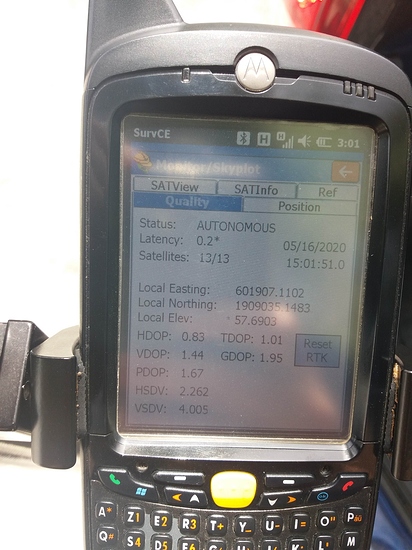 Reach M2 doesn’t support outputting 1004 and 1012 RTCM messages. I’m afraid you can’t use it as a base with older receivers. However, Reach M2 can receive such messages so it can act as a rover.

The first problem I encountered was that the base station sats were not shown in the status tab although it managed to fix the solution.

This usually happens when NTRIP caster doesn’t provide info about satellites’ SNR value. However, it doesn’t affect the solution status or accuracy.

If you have access to the professional version of SNIP, then you can use PFAT to create a legacy stream from an MSM4 stream. Here’s a brief article about it:

Thanks, I am aware of this SNIP function but unfortunately I don’t have access to SNIP Basic version and I couldn’t justify the cost of buying one.

Reach Firmware 26 Beta 1 is out for all devices News

Hello everyone! We have been working hard on the stability and reliability of our devices and want to present a new dev update. This release is fully supported by ReachView 3 app. The 2.25.1-dev release has a lot of improvements both under the hood and visible to you. This update is very big for our team and will boost the development of new key features! We would be glad to hear your feedback on this release. Here’s the list of all changes Improvements Improve ReachView 2 performance: Now…