Issue with getting fix

New Reach user with RS+ receivers. Have yet to get a fix to date after two weeks of trying. I’m not new to GPS as I use traditional GPS survey gear from topcon and Trimble. How can I possibly not have a fixed solution with this array? 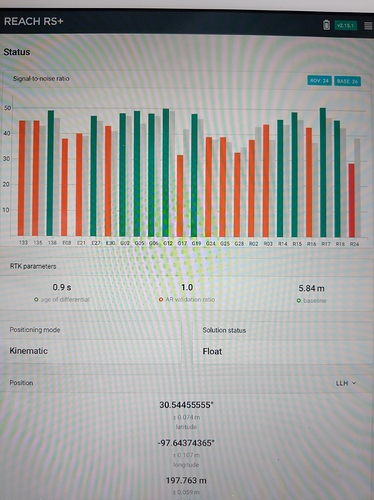 Whats settings was used on base and rover? I system report from both would be nice

@Brent_W chimed in on another thread and after a couple of reboot of the rover, toggling which GPS systems were used and 20 minutes I now have a fix.

That is what I am use to and the step it would not let me do. I have tried to make sure all of my settings are correct in ReachView, but I am getting very inconsistent modes and normally not fixed very often. There are a couple of other threads on here that are working through that. I think I also need to check my RMS tolerances as they may be too low from using the Topcon receivers and not allowing the Reach rover to shoot.

My future observations may be deemed more appropriate in another thread by some, but I am going to continue on in this thread because if I was trying to do what the topic is I would want all of this information. As of right now I have a ton of satellites and cannot get a fix. I’ve been sitting here for 15 minutes. 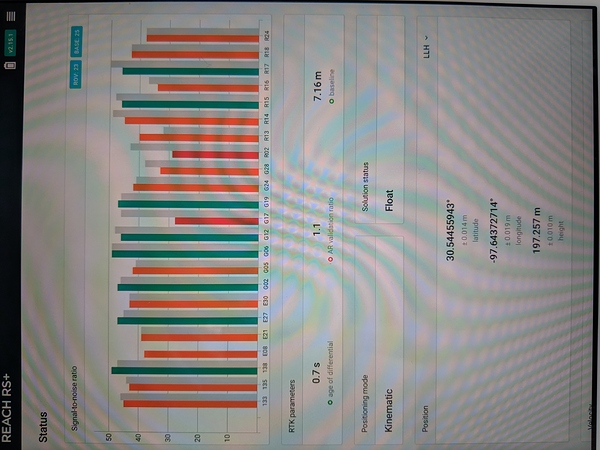 Next problem is that while I have the receiver successfully connected to the Topcon FC-500 in Bluetooth I cannot get it to finalize the connection in Magnet. I had it connected before so I am working through it. when I initiate the connection with the connect button it asked me if I want to connect to Rover. I said yes and it continued on. Eventually it gave me a screen to choose which of the receivers I wanted to connect to. Then it continues to spin with the orange Sync icon.

Screenshots of my Emlid FC - 500 configuration. 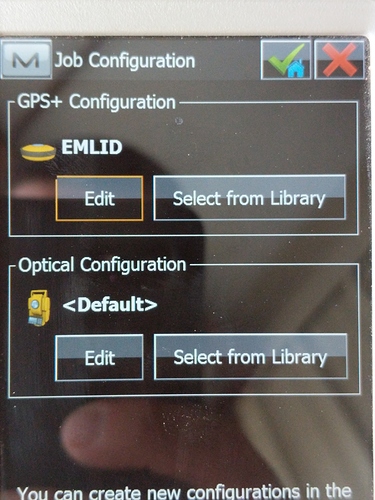 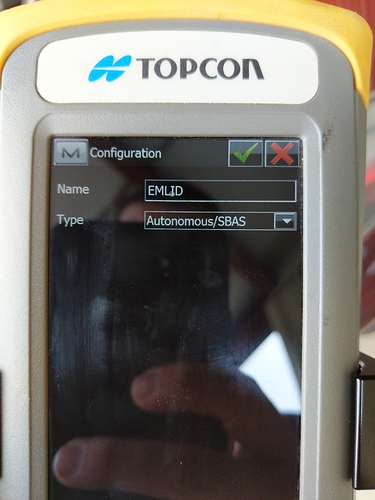 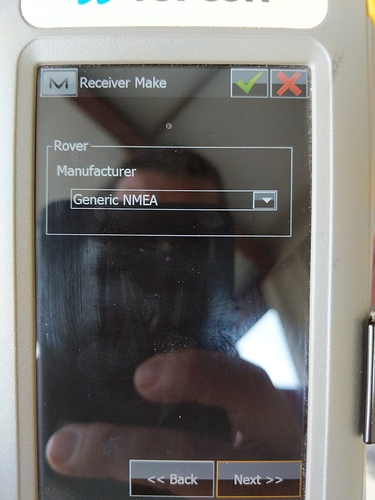 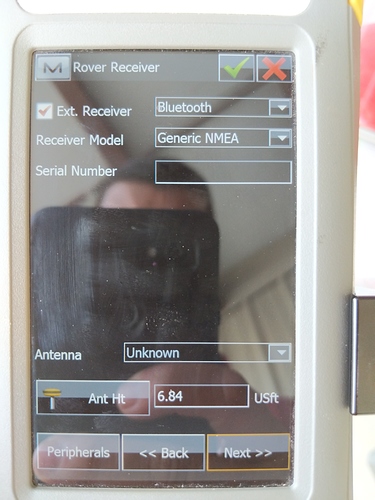 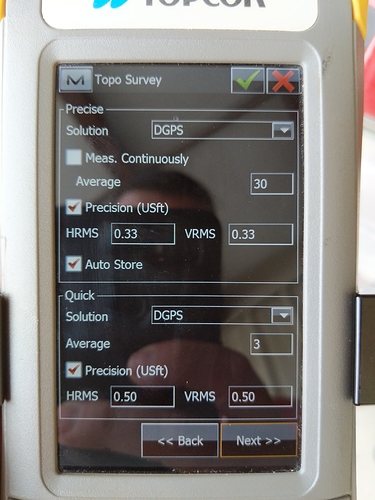 The float vs fix problem is obviously (as you know) unrelated to Topcon Magnet but it sure is a pain when it happens. I don’t want to steer the thread in the wrong direction here so I’d suggest you try following the forum discussions on topics like “trouble getting a fix.” I’d start off by turning off all satellite systems except gps. Thanks for posting all the Topcon pictures. Let’s get this figured out!
Some pictures as proof that it can work! Some are irrelevant to the problem but they’re all topcon.
I also need help with the localization process. 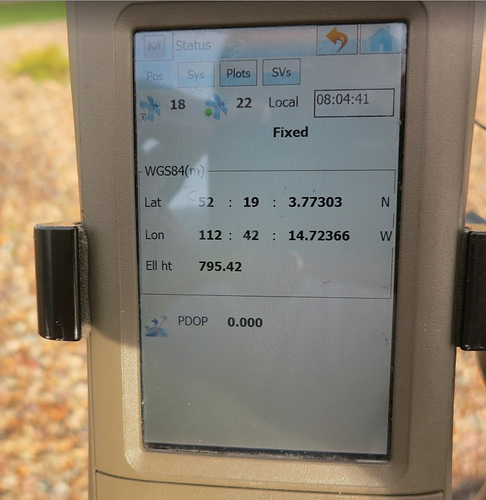 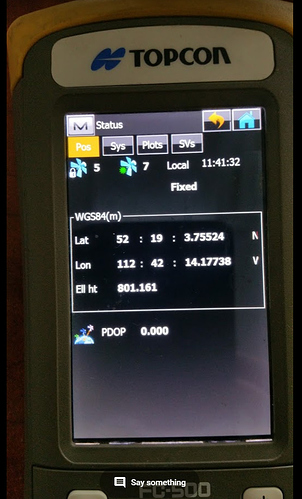 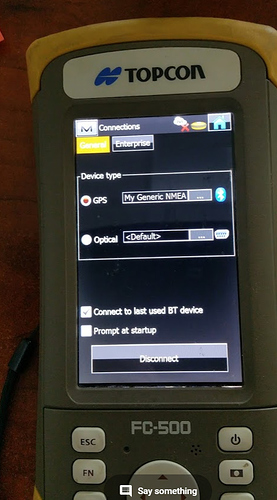 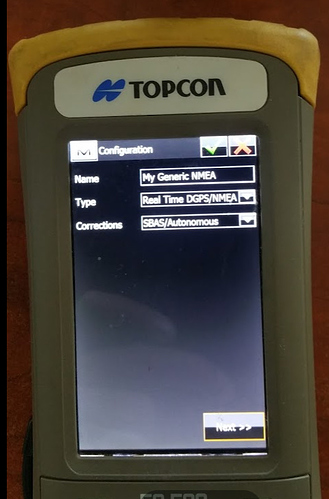 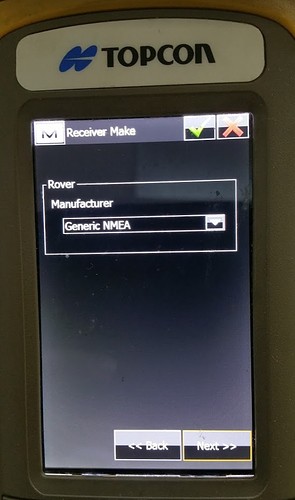 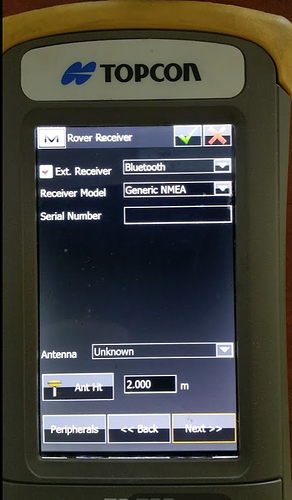 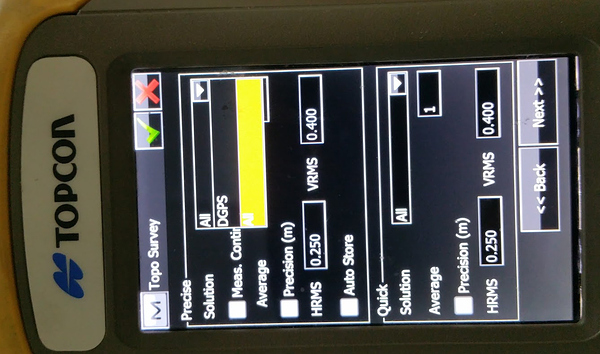 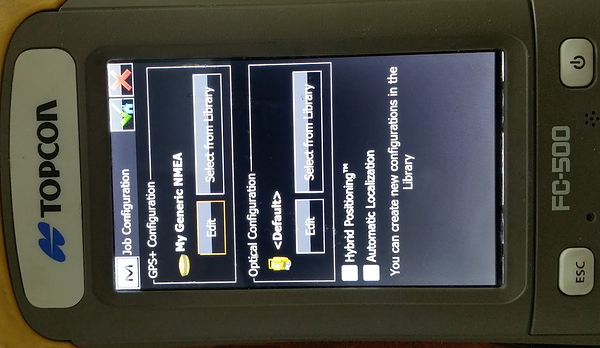 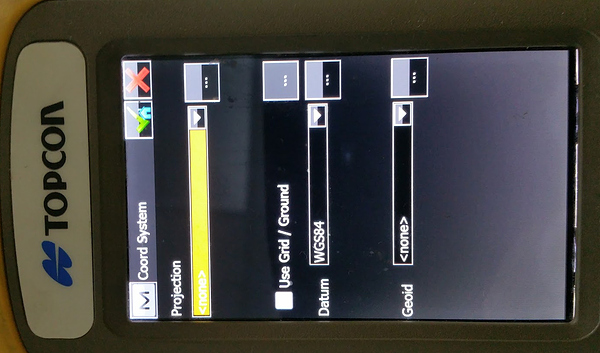 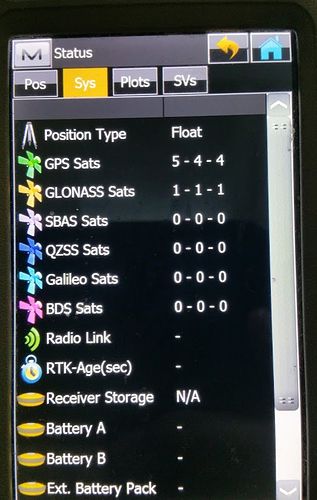 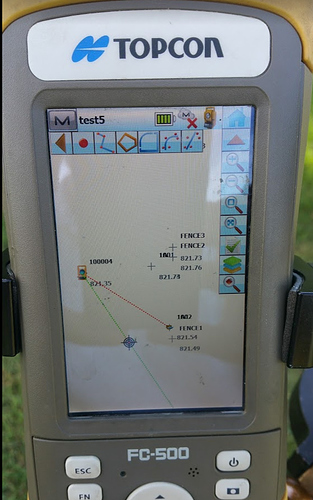 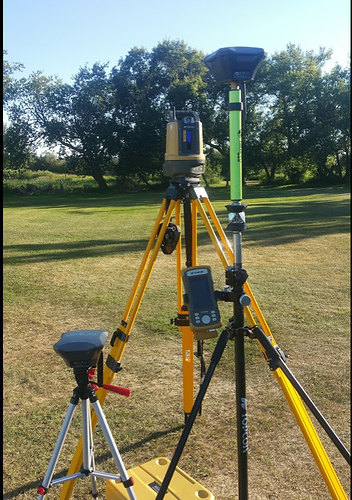 Thanks Brent! I had already turned off everything except GPS and it still floated for the 15 minutes I let it stay. I restarted the rover and turned GLONASS and Galileo back on and after another 20 minutes I have a fix! It’s jumping around a lot, but seems to be maintaining. I guess it’s like the typical electronics troubleshooting. When in doubt reboot and toggle.

Now I’m trying to get past the orange sync’ing icon. When I try to get out of it or change receivers and then get the little gray spinning dots and have to completely re-set the data collector.

Is it possibly waiting for some kind of approval back in the system connections in FC-500 settings? I found the FC-500 rather finicky for the bluetooth connection but once I had it, I didn’t have trouble with it dropping out. I haven’t tried it again for a long time because I actually forgot how to set up the com ports and everything for bluetooth. I should try again, though.