Does anyone have tips or equipment suggestions for getting more radio range? I’ve been struggling to hit a 800m over flat woodlands, farms, and swamp. I used to be able to run over a mile with it but I’m not sure what happened that cut my range down so much.

I agree with @Zinou’s suggestions, but want to add a bit more from my side.

Besides lessening air data rate, you can also check whether LoRa connectors or antennas are damaged. But if nothing specific happened before you faced with the issue, it’s likely related to environmental conditions and obstacles in a line of sight between receivers.

What were the environmental conditions? Did you hit this distance in a direct line of sight, or they were the same as now?

Thanks for the tip. I’m hesitant to cut my satellite count in half by ignoring the BeiDou and Galileo constellations but it may come in handy for longer range.

Is there any hope of getting longer range out of other antennas? I tried recreating this package (it doesn’t ship to USA) but it barely matched the kit antenna.

The environment may be it. It’s still frustrating because the beauty of GNSS surveying is not having to maintain line of sight while running a mile or so from the base. Sometimes I can get 800m into woods and sometimes I can barely go 400m. The I guess I’ll simply ask that when Emlid releases an IMU receiver that you also boost the internal radio from 0.1W to 2W.

This day was 600m with room to spare on terrain that slopes toward the waterway.

This day was a struggle to get 400m on flat ground.

This day was the best, getting fix under oak tree branches at 1400m.

Just an observation. Looking at your screencaps, your range variables make perfect sense. Range decreased in proportion to the amount of wooded area the signal must penetrate. If it’s humid or rainy at all, it will be even worse. Your best result was in mostly clear line of sight. At least according to the satellite imagery.

I get that. Is there a way, other than sacrificing constellations, to get more juice out of the 0.1W LoRa?

You could try a simple, inexpensive parabolic antenna booster. You will give up some omni-directional for a little bit more range, possibly. Would be easy to give it a try. They are commonly used on drone controllers. 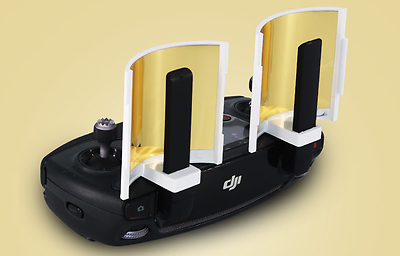 I have been meaning to post this for sometime.
I use an aftermarket antenna that has increased my range 4 or 5 fold. 5000’ through woods no problem as long as no big hills in between. I will take a pic tomorrow.
They are sold in pairs and it is recommended to put the second one on the rover. I only use one on the base as I got enough crap on the rod.

“I used to be able to run over a mile with it but I’m not sure what happened that cut my range down so much.”

Its called version 28 see my other posts

I do think my decreased range was coincident with an update.

Oh please send me what you’ve got! I’ve tried a few antennas but most don’t work at all or are just barely less powerful than the kit. Amazon must be getting annoyed with my returns, haha!

There’s a company in Canada that did research on this matter. I have gotten a kit from them and did some testing but it was inconclusive. I will do more testing with them next spring. Before the purchase, I tried all the above and got frustrated with the stock antennas. Why even bother including them? I guess is better than nothing.

Based on the User manual:

You can probably get away with getting from Amazon: https://www.amazon.com/Nelawya-Antenna-Outdoor-Omni-Directional-Hotsport/dp/B09JF3HNNT?th=1

The triangle product was around 273 Canadian dollars.

If you do get a chance to test them, I would love to hear some feedback. I am still looking for a solution on no cellular network sites. Last resort its to place the antenna as high as possible: I don’t have any complaints about the kit antenna. It may be as good as it gets for a 0.1W radio. One of mine broke so I got a chance to look at its construction. It’s pretty simple.

My request for the next generation of Emlid RS receivers is a 2.0W radio on the base and IMU on the rover.

Well Avalez beat me to it. Same setup but I swear by them. I dont bother even putting the factory antenna on anymore. Now I caution that I have not tested the 5 meter cable. I only tried it once and it really didnt work any better than the factory antenna. I may not of had a good connection or the cable length may be creating to much resistance. As to the one meter cable setup its the way to go, as I said above 4x to 5x the range through the woods as long as no big hills in the way. 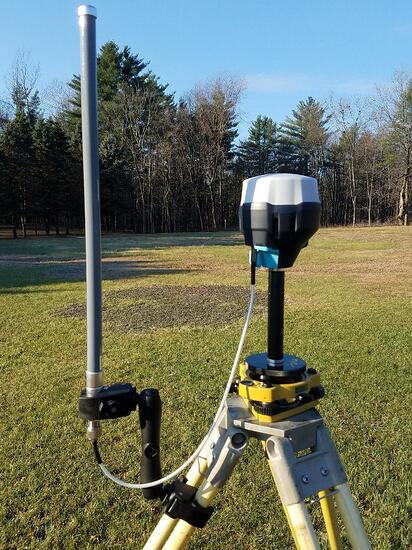 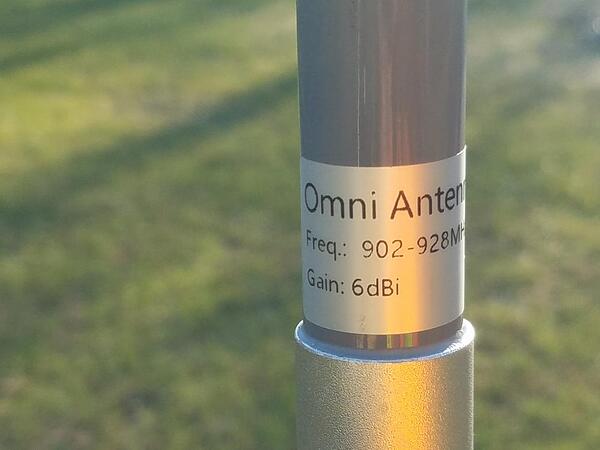 Some distance photos from a recent project. Small rolling hills in between (not direct line of sight) and mature forest. 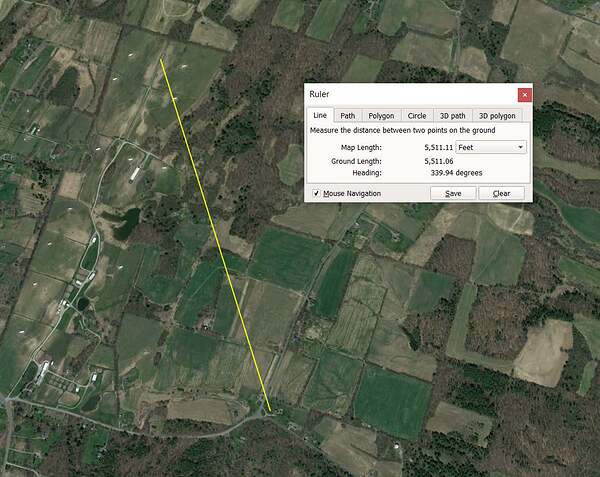 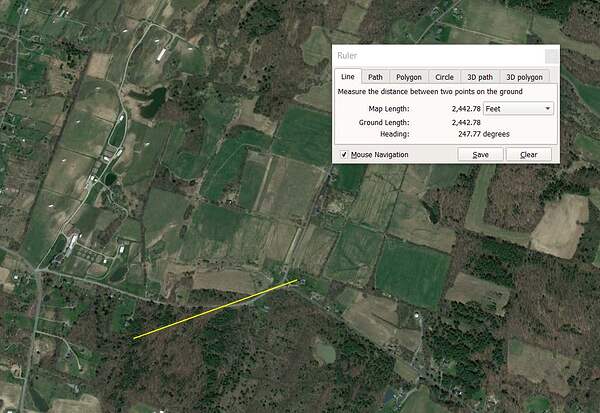 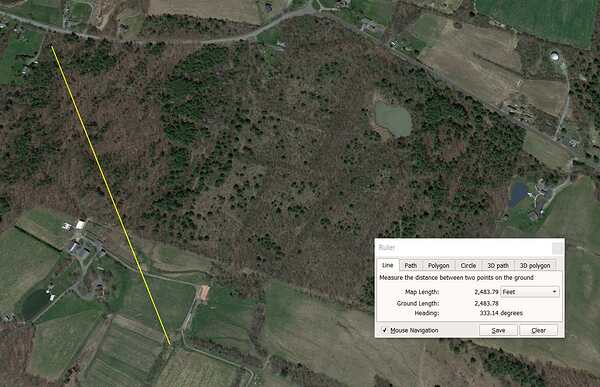 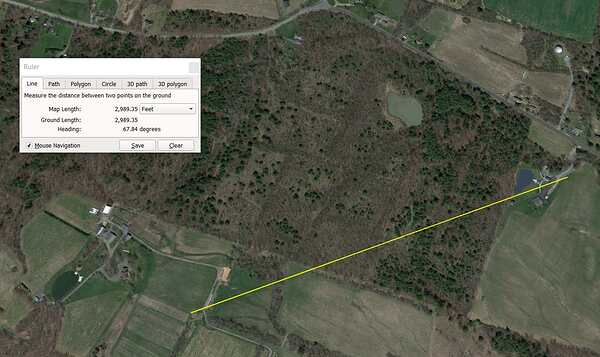 How did you get your antenna kit? The MapGear website doesn’t ship to USA. I tried an antenna like that one but it didn’t work better than Emlid’s. I also had to rig up my own cable and couldn’t find one with an extended connector for easier attachment. 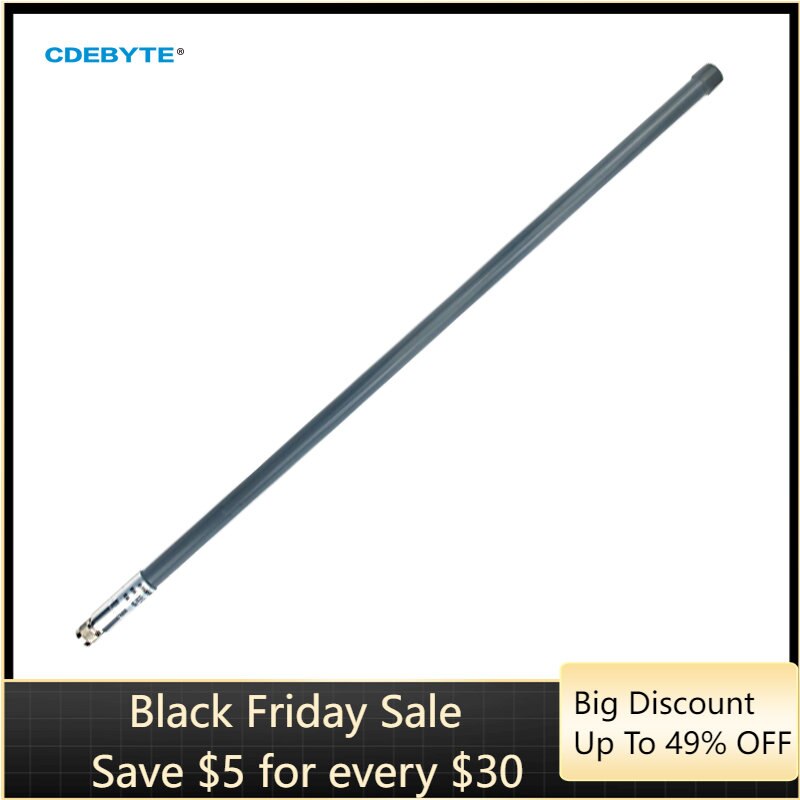 Here is a honking 5dbi gain

Have you used this one before? I’ve tried similar but it didn’t work and I’m tired of trying and returning.

What version are you running? Try it with 27