I also wanted to mention about new videos notice in the same e-mail.

“Our new Mobile Product Specialist Kailey Shearer has released the first 3 videos in the FieldGenius for Android™ how to series. These videos can be seen on our LinkedIn, Facebook and our MicroSurvey YouTube channel. Stay tuned for more videos, as Kailey will be releasing several new videos every week. If you have any suggestions for future videos you’d like to see, please contact your local MicroSurvey representative below.”

Is it finally where it should be compared to the old FG for handhelds, tablets etc? Or are there other comparable android app options out there?

I just bought an FGA perpetual license for $999 direct from MicroSurvey.

My setup is (2) x Reach RS2’s running latest (v26) firmware, and latest FGA running on a Nautiz x6 phablet. Previously I’ve logged maybe 15 hours collecting points in ReachView 3 app on an iPhone (using WiFi to the RS2 rover), haven’t had a chance to use FGA + Nautiz x6 + bluetooth yet.

I’m glad to see there are a number of other Reach / FGA users here on Emlid community forums.

Thank you. I’ll have to check that out. Seems the Android with ARM processors are much more efficient and great on battery power compared to the Windows 10 FieldGenius tablet/Surface devices.

I have a old Trimble Nomad 6G also, but display tiny compared to Surface. But gets by.

I’m still having the occasional crash while collecting and saving points. It’s a minor inconvenience being that I am not shooting a ton of points and I can usually tell within a point or two when it is going to happen so I just proactively restart FGA. I email them again a little earlier to get a status update but I also just got notified that a new version was available when I went to check what mine was. Now on 1.8.2.5720.

Seems MicroSurvey would be developing a version for Apple devices

Very unlikely and probably the same with most other true survey software providers. Surveying is just not the Apple crowd and developing in their framework is a PITA. As far as I now the M1 series chips are not for mobile. They could be but that’s not how they’re being used.

As far as I now the M1 series chips are not for mobile.

I think we’ll find out at tomorrow’s Apple Event… supposedly some good new stuff. I’m a PC guy… but the M1 chips etc got my interest. Ipads are so slim and light vs the bulky heavy power hungry Windows shit.

Maybe get some mud and dirt on it?

Nice but i’ll take this all day over that. Might be cool for personal use but completely impractical for anything else. 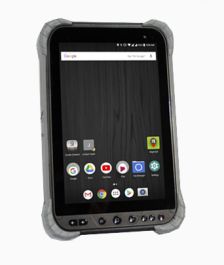 So back to FGA 1.8.2.5720… I just talked to Microsurvey and there is a new build coming in a couple of weeks. I went through the reproduction steps and will be working with one of their QA Technicians.

Anyone with recent events to report?

Nice but i’ll take this all day over that. Might be cool for personal use but completely impractical for anything else.

I have been using version 1.8.2.5719 since its release and I have noticed a very disturbing trend. Whenever I re-open a job file say the following day and connect to my receiver, I get a message stating that the file has been corrupted and I’m unable to move ahead. Fortunately, on the occasions this happened, the coordinate files had been exported, so I have been able to re-create the job once I re-shoot a few previous points and translate my current location to fit.
I have also observed that Microsurvey has stopped sending me email notifications of updates.
So I’m just now learning that release 5720 is available…

I have not had that happen. I backup my jobs every time I use them so hopefully it would be as easy as a restore. I didn’t receive a notification on 5720 either. There should be another release next week so we’ll see how that goes.

I know microsd cards can become corrupt quite easily.

You might want to put your tablet/device, memory card specs.

Well…
My android device does this funky thing where the external (memory card) + internal memories merge so there is no differentiation between the 2 so this might be where the corruption issue is introduced.

Yeah… that is funky… typically they are kept seperate.

I’d contact MicroSurvey about it to see what they say. 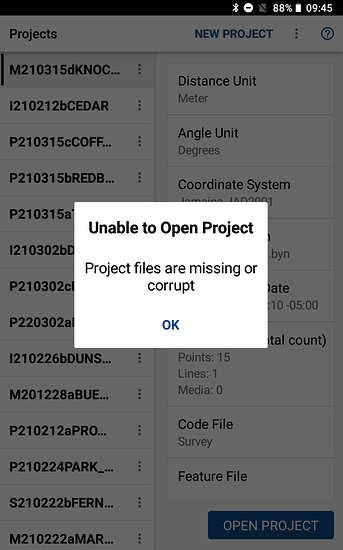 This is a profile of my device memory.
Notice there is no distinction between installed microSD card and internal memory 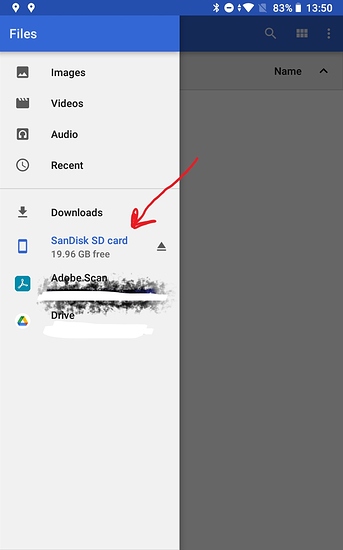 I’ve experienced a similar issue, it occurs if I Scale a job in Field Genius and attempt to reopen.

This is becoming more & more inconvenient. The app slows down then crashes unpredictably.
Occasionally the file becomes corrupted then cannot be reopened.
The work-around is to export points, dxf and other files routinely. But this is very time-consuming & inconvenient.
Folks at micro survey need to look into this. I doubt this is unique to Emlid users.

Even with latest update?

Personally as cheap Android devices are, and can probably find one in the couch cushions… I’d try on a different device to rule the device out. But then again, it may very well be the app… which really is unfortunate. At least there seems to be many different “survey” type “apps” these days. They are all different and quirky… Chinese apps, etc. SurvPad, SurvX, Landstar7, Tersus Nuwa, Mobile Topographer, Mapit GiS, tcpGPS, Survey Wizard, Survey Master, SuperSurv, X-PAD, etc etc etc etc etc etc. I like the older style FG for Windows. I just wish these Android or Windows apps were more like Trimble and Leica software.

I did a search for the Android 1.9 update today (06-09-21) and found the following: FieldGenius for Android™ 1.9 Released! Jun 7, 2021 I didn’t receive an e-mail notification about the update. I have downloaded it to my tablet and will see if it is any more stable with the Emlid receivers in the next week or two. MicroSurvey is pleased to announce the latest release of the worlds **premier independent, brand neutral data collection solution FieldGenius for Android™ FieldGenius for And…

I think MicroSurvey got rid of their community forum over there? Nobody was using it anyways.