Hi, just now i tried update rechview. But i don’t know why i can’t open reachview after that. 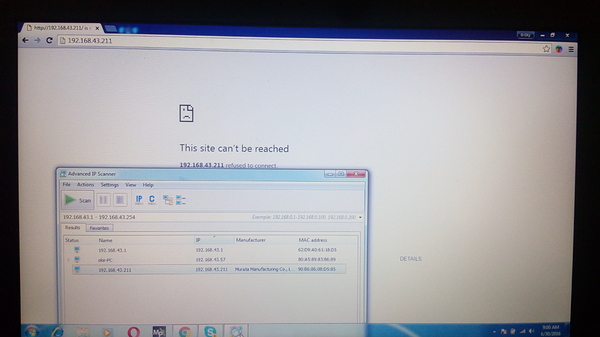 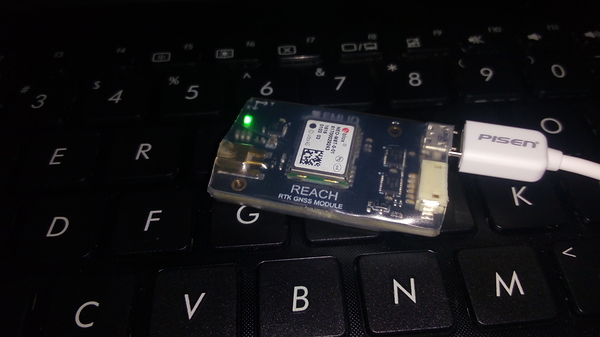 Usually it doesn’t stay on steady green for very long. I assume you have waited for a while and then rebooted it?

I have waiting for long time, still green, then i unplug the power, and plug again, i’m waiting, then green again without blinking…
I have no experience in ssh, would you explain to me the detail should i di with “ssh”.

I look at advance ip scanner, there is a tools called ssh. I clicked it, then show cmd.exe like this picture 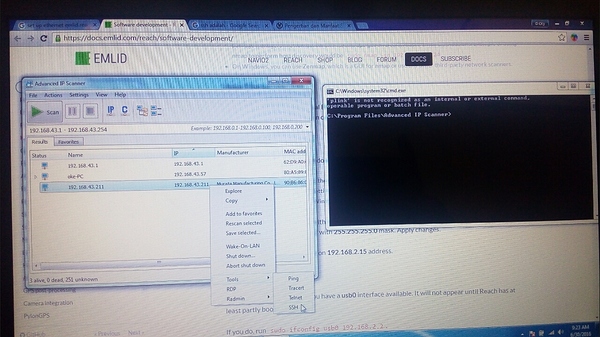 Someone else may have a better suggestion for you on why the solid green LED.

However, If you want to try ssh, then you should search the internet for a how-to. I will give the basics, but without previous experience this will be hard:

First, you must get ethernet over USB working. See the docs: https://docs.emlid.com/reach/software-development/#connecting-to-reach-via-ssh

Once that is working, then:

wait a minute, did you try the address in your screenshot above that says Murata Manufacturing?
http://192.168.43.211

I have try with PuTTY, after setup RNDIS. But i get this picture 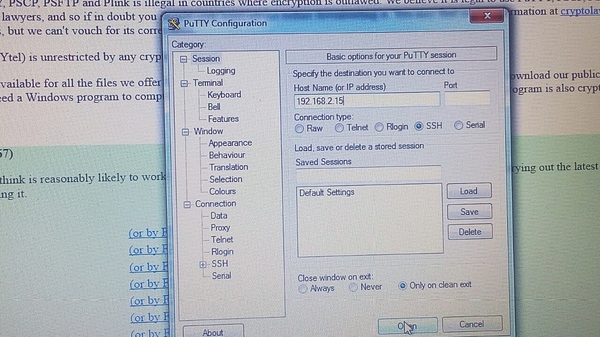 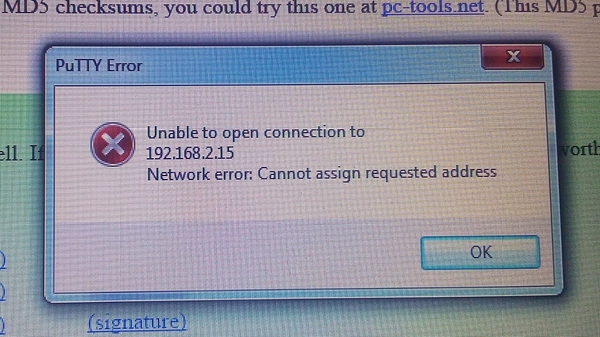 My reach is still connected to my wifi.

OK, you are fast. Have you rebooted Reach since changing the RNDIS settings? Try that. But first, go back to your advanced IP scanner and try those IP addresses in your browser.

Just now i rebooted reach and deactived my wifi. Then try to login puty, i still can’t login. Should i write port number?
Before i try access my reach with that ip address, but can’t be openned.

I’m sorry, but I don’t have Windows operating system, so I can’t help you any further with RNDIS, except to say to go back and make sure you followed the steps correctly in the docs. If you haven’t set your computer’s network to 192.168.2.2, then you won’t be able to access Reach at 192.168.2.15

may be i should reset my wifi in reach. but i don’t know.
i still try with putty. should i fill port number?
my reach is connected in my wifi now.

port number is 22 by default, no need to fill it in.

yes, I would reset the wifi in Reach if you can.

get it back working with RNDIS and login with putty and do what I said earlier:[quote=“bide, post:7, topic:3071”] 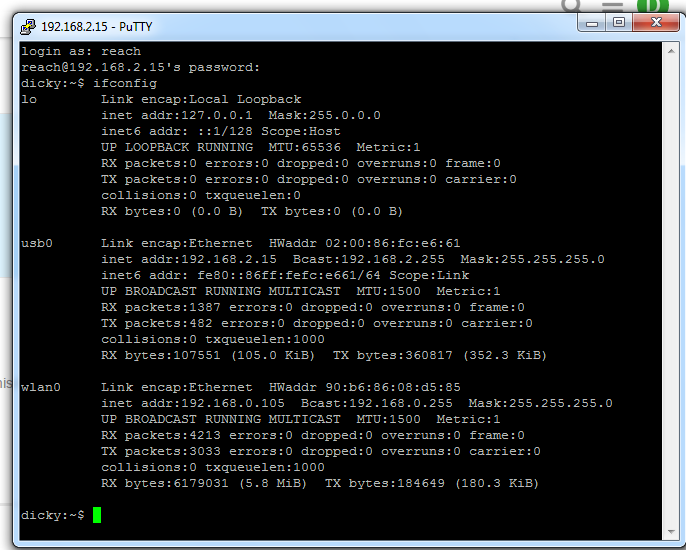 i use that ip address in chrome, but i still can’t open my reachview