-My setup includes an X8 custom build running a pixhawk. Custom Reach firmware installed, Antennas mounted on top of 2 cd’s with EMI tape covering them. (see pictures)
-Using RFD900+ radios to stream telemetry to the UAV. Base connected to a laptop connected via RNDIS so my home network doesn’t come into play.
-I’ve only owned the solution for a few weeks, so still very much a newbie!
-I will say I was only able to test a few battery packs prior to the latest update, but I was able to get a fix within a few minutes and the UAV handled perfectly…no weird fly away attempts or unusual activity.
-After the update, with no other changes to the UAV, sporadic weird stuff started occurring. I’ve searched the forums high and low, and have racked up many hours in the hot sun. Let me explain further:

I’m open to sharing more data/screen shots. At this point I would appreciate some advice/settings to get me going again! 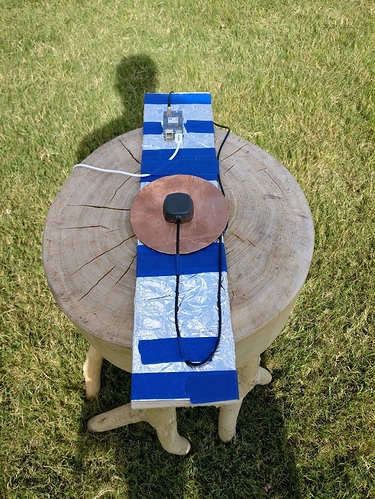 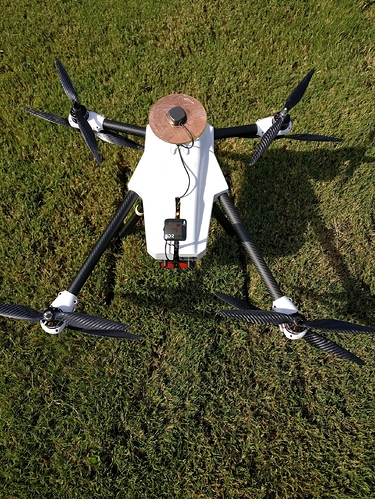 i also have this

And this makes no sense lol. With fix inside the house, have you plotted the fix over time to see the deviation? I have had bad fixes that hold for only a second or two before bouncing to float, that were clearly hiccups.

Yep…using RTKplot. I can get within a 20cm box inside the house…I’ve held a fix for over 10 minutes before. At night it will last forever…take it outside and wammmy floating along forever.

That doesn’t cause as much as a worry as the “error pos horiz variance error” that occurs. I have a sold float outside and just the minute I switch to loiter/gps mode I get a hard roll followed by error beeps coming from the pixhawk and an Immediate land if I don’t switch to stabilize and regain control.

I can get within a 20cm box inside the house…I’ve held a fix for over
10 minutes before. At night it will last forever…take it outside
and wammmy floating along forever.

wow lol the only thing I can think of is you reduced the integer ambiguity to a lower number? A fix should be withing 2cm. With a lower integer ambiguity I wonder if you are getting false fix positives thus leading to a little error of 2cm, which is still much better than the float I get on a cloud day.

As for the pos horiz variance error, I wonder if it is semi related to the above. I found this which may help? http://discuss.ardupilot.org/t/what-does-error-pos-horiz-variance-mean/6476

I’ve dug a little round the GPS code and don’t recall the EKF knowing any more than 3D fix which is not the same as RTK fix but a magnitude, someone correct me if I’m wrong. Like I almost wonder if your getting some issues piping the RTK data into ardupilot, but with the RFD900 that should be plenty strong.

sounds to me like there is a bad satellite up there or a good satellite is not being properly calculated. I have experienced some weird results which made me start eliminating satellites one be one in RTKPOST. If you have time, maybe give it a try and see if you have a ‘bad apple’ in the bunch.

I haven’t tried the latest updates yet, but I’ll report back if I get a chance to do so.