Our office recently updated our RS+ units to v.2.22.4 and on first use both units have had an issue that’s hard to capture with an image.

Both base+rover are communicating between each other, but there is a near-continuous fluctuation in the total number of satellites the base connects to. The Rover seems stable at ~24, but the base bounces between 11/12 and 23/24 (switching approximately every 2 seconds). This has caused some significant issues in getting a fix point. Both our units are operating on the same settings which i’ve attached the base settings for.

Our base stations were set up in areas with clear view of the sky, no major obstructions in any direction (in rural, sparsely forested valley bottoms). I’ve previously set up in the same area and did not experience this issue before. At no point was I more than ~150 m from the base station while collecting data. 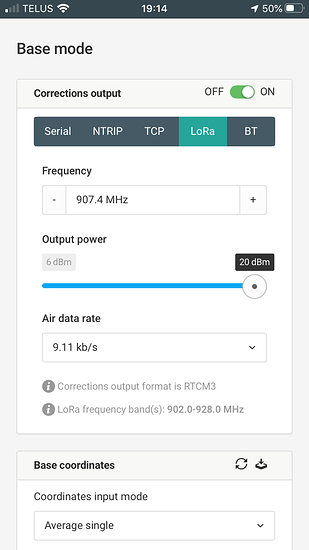 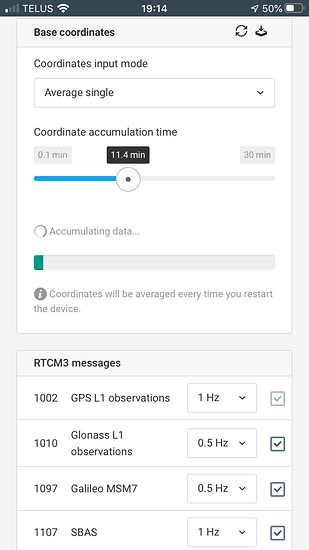 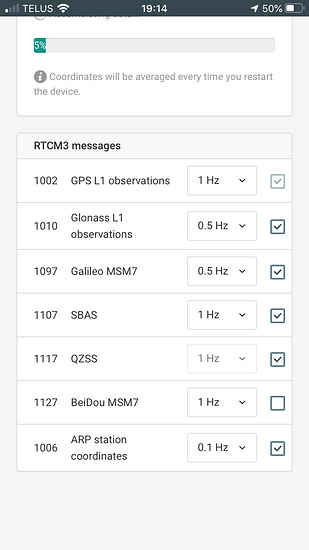 The reason why you see such fluctuation in the number of satellites from the base is different rate of corrections messages. There are GPS and SBAS corrections coming every second (1 Hz) and Glonass and Galileo corrections coming every other second (0.5 Hz). This way every 2 seconds you see a switch between 11/12 and 23/24 sats. It is confusing and annoying, but it does not actually affect the RTK positioning, where all messages could be used to update corrections for each satellite system independently.

This is just an indication issue that we introduced in one of the recent versions and that we are going to fix soon.

So to clarify, our issue with a poor AR/inability to get a fix is likely more to do with our set-up/geography than it is to do with the satellite issue?