I was successfull with Sony NEX7 camera triggering. My first flight was succesfull. 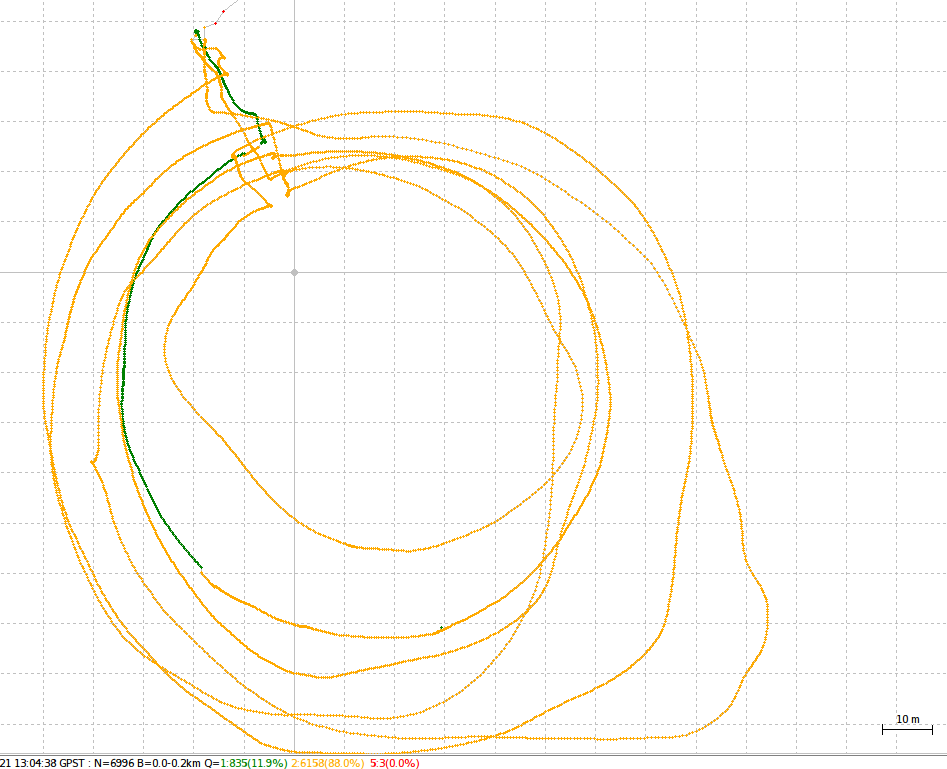 But I have found issues with reliable “Fix” state of Reach rover. It seems it has something wrong with radio link! I use a RFDesign RFD868+ modem. Which is almost on default. 20 on transmit power, 64 on speed, and 38400 on baud.

It seems it is able to transmit differentiation packets, because I see well grau bars on rovers Status page and it get “Fix”, but after a while it responds it has “too old differential” data!?!?!?!

Is it possible some issues with radio comm? I can not detect it online, because there I see only blinking TX/RX both side. What is the proposed setting for radio comm? 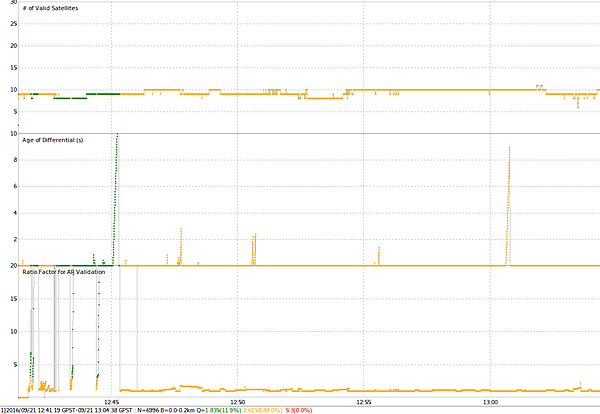 There certainly is an issue with correction delivery, which is clear by the “Age of differential” graph.

If you are using reach for picture tagging I would recommend using post-processing. Simply set both units to rover mode and log raw data. After the flight process it with RTKLIB. No need for a radio.

It is interresting. How should I process it with RTKPOST? What is the differences in workflow? Can the Reach record the Yaw,Pan,Tilt angles then? Because without modem it is able to connect directly to cam on the body…

Here is the tutorial:
https://docs.emlid.com/reach/gps-post-processing/

You do not need angular orientation if you are doing photogrammetry, modern packages such as Photoscan or PX4D determine it with much higher precision than any commercial grade IMU.

I am also experience the same issue. In my current set-up, I have both the Base (on a tripod) and Rover (on an hexacopter) connected to a Wifi Hotspot. The correction link is easily stablished, the SNR levels are all well above 45 dB (all green) and gray bars are as high and stable. The Rover goes into FLOAT very fast. However, FIX is more unpredictable, sometimes it is achieved fast, but most of the time it is impossible to get FIX and sometimes it is FIXED but goes back to FLOAT after take-off.

I am trying to analyze the logs to find out what the problem might be. I downloaded all the logs from my previous day of testing but I’m unable to visualise it correctly in RTKPLot. The data loads, but I was unable to get the same graphs as @silas. I am afraid that there is also a problem with correction delivery, perhaps with the age of differential. Could @igor.vereninov or anyone help me with this issue?
The logs are available here: https://www.dropbox.com/sh/bhyzc41w9l51h1t/AAAf3d5aYFQhmIHrak4a8xawa?dl=0
Thanks in advance

@Juan_Diaz Indeed, I was not able to process your logs with RTKpost. Are you on latest ReachView? There is something weird with Glonass observations, could you please post your base station config?

Thanks @igor.vereninov I am on 0.4.9, yes. Here is my base station config:

@igor.vereninov I did not modify the “Advanced Settings”. Do you need also that information to analyze my case?

I figured out why I was not getting stable FIX some times. And I was able to process logs from different days. I don’t know why the ones I provided in the posts above could not be processed. It is all described in this thread: REACH, can not reach FIX status

I found the source of all my problems today… The elevation I was using as reference for the Base in field testing was over Mean Sea Level (MSL). However, the altitude that the REACH is measuring is ellipsoid height. Which at least in my area has a...