I tried to make a two layer anti vibration mount, using alpha gel and rubber.
I wasn’t very happy with my initial build of my bigger copter. This is the current state.
Printed with my own 3D printer (quality is not so awesome but sufficient) 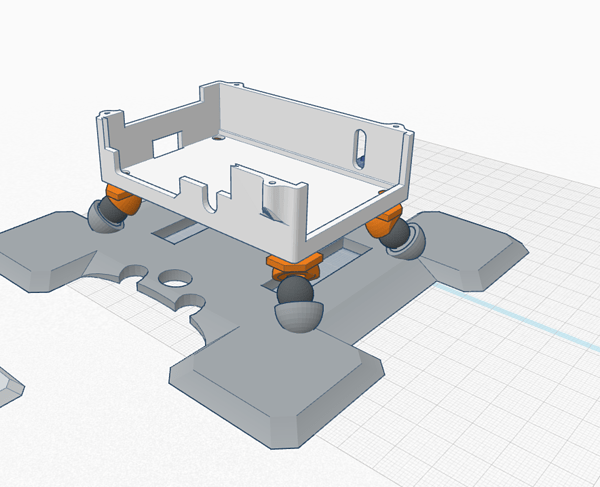 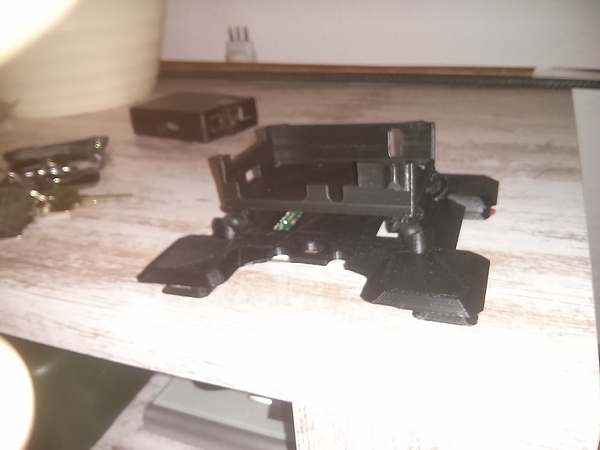 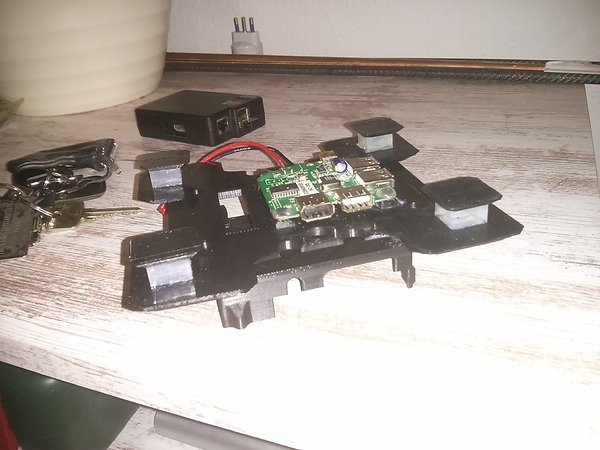 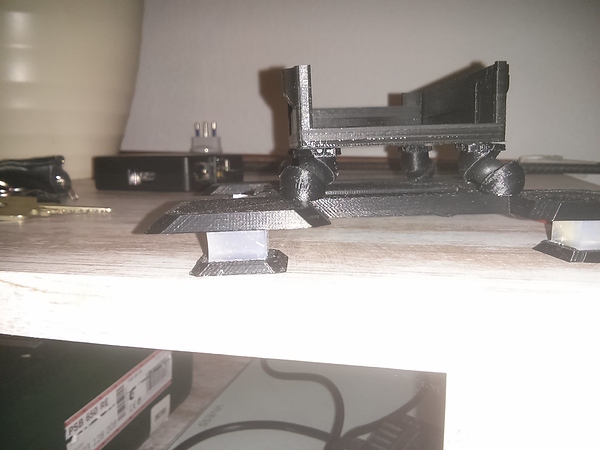 Hi Daniel, if you want the last iteration of my Navio+ case to add your modification follows here. Its is optimized for 0.4mm nozzle diameter. Let me know if you need anything from me in particular =)

Have you done accelerometer measurements in MP to see the affects of your efforts? One layer might be enough, I found using 4 x 100g gimbal rubber balls gave excellent results, below the ± 0.3G and 0.5G as described in

@keithc So far I only did some initial tests with a smartphone to measure vibrations.
My aim was to get into the 0.05 g area. However this is all highly dependent on the motor size, propellers and if you add a mass on the mount to make it more inert. There are a lot of variables which make comparisons and benchmarks hard. But it is definitely better than pure rubber pads as used in my small copter

@Pedro_Alves1
Thanks, I will try it out.

Is that a little 4 port USB hub strapped to the bottom?

What will this be going on?

I made good experiences with two layers if combined with two different materials as buffer.
If there is a weight added on top you can get 0.05 g. Problems are rather cables.

Is that a little 4 port USB hub strapped to the bottom?

Yes I included a PCB for a USB hub. It will go to a Alfa WiFi module (30 dbi).
I don’t want to use these shitty mini USB modules and I cannot power the module directly via the Pi (stability).
The stage one of my mount can mount some PCBs. Maybe I can make this system smarter. 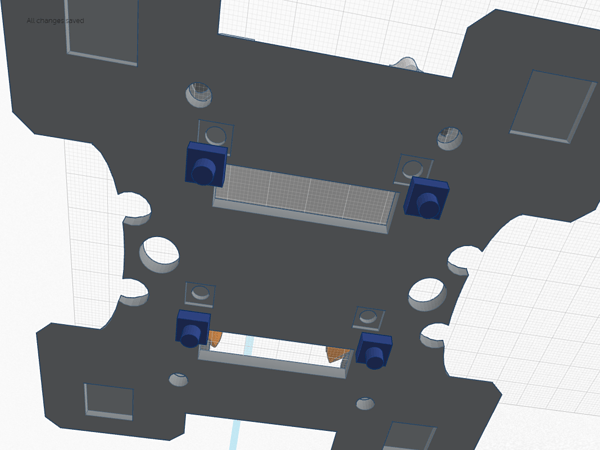 I like the additional mounting space for auxiliary pcbs. The whole thing is quite clever.

If the usb hub is only there for power distriburion, could you power the alpha with a buck converter? You might save some weight and space.

You will have a 30dbi antenna on your aircraft? I didn’t know there were omni directional antennas that are 30dbi, wouldn’t the radiation pattern be very narrow?

The whole thing is not weight optimized, because I use it on a 3.5 kg copter

A few grams will not change the flight time much, at least in my case. I will post the weigt estimates when I am @home again and before I make it entirely public.There are some minor optimizations left (wanted to make the PCB mounting general and the mountings pads for the alpha gel one mm wider). Roughly it has a similar weight as the full RPi case with equal infill. If it is too heavy you may print with 25% infill density.

As you see the cases or the Pi are just slighty changed from an existing design (Thanks to Airborne Projects). It would be nice if the author would include some mounting holes officially on the positions. Then everyone could glue the adapters for the buffers on the case

In my case I wanted to include a USB Hub for flexibility and because less vibrations are transported from the frame via the wires to the RPi. I saw some hardware workarounds. However, I don’t care so much about minimal weight, because my particular copter build will not be very lightweight

I mean there is always a trade-off. Maximum dampening will require even more weight on top, as mass creates the inertia. I experimented with adding lead on the case of the RPi. Mass is crucial for maximum vibration dampening and I know this platform might be to big for smaller copters. On my smaller copter (11" blades) I use only alpha gel for simplicity. Nevertheless, I think it might be nice for bigger camera platforms…