Hi Igor, I have been reading the tutorial on setting up the base station.
I am having trouble with the post processing side of it. I am following the instructions as per document but when I press execute ’ error:no nav data’ is displayed. Do you know what the problem could be?
Also, where do i get clock details from?
Would it be possible for me to email you the files and to determine if I amusing the correct ones?
Thanks for your help

Hi, what RTKlib version are you running?
If post logs i would quickly tell if something is wrong.

Thanks for you reply @TB_RTK , I have deleted the logs but I am now running up a fresh set and will get back to you if they don’t work. Thanks again

Hi TB_RTK I have tried to post logs but it won’t accept the format when I try and upload them, do you know how I could get them to you? Thanks for your time and help with this.

You can share link from dropbox or google disk?

Hi TB_RTK hopefully the link will take you to the files. https://drive.google.com/drive/folders/0B6qGupfQLuTeNjVZTTJlUDNENmM?usp=sharing

Thanks again for your hrlp

Looks allright to me. 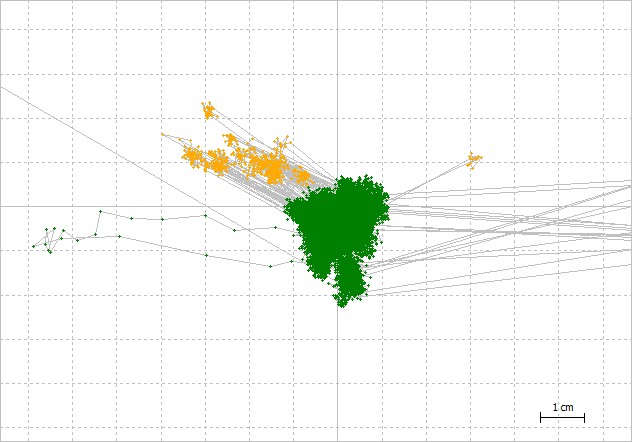 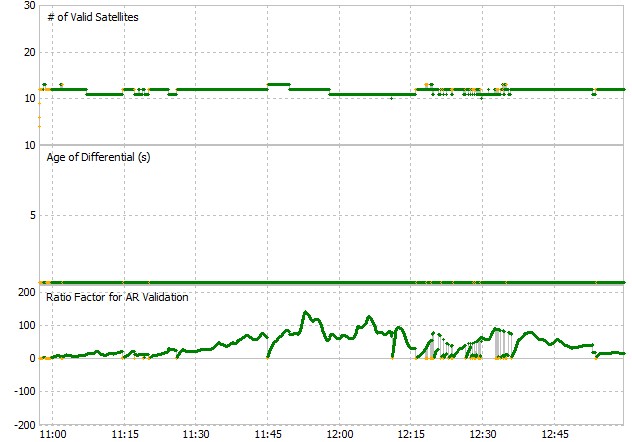 You probably forgot to ad .nav file or set base postion?
I used rover .nav and set base position to “rinex header”

Thanks very much for that TB_RTK. On the graph, top picture, the plot graph what do the green and yellow represent?
Fantastic help and thanks again

Sorry to bother you again TB_RTK, the logs I sent you were from the Base, Rover and Rinex correction files. My aim was to establish an absolute position of the Rover then manually input those into the base. Do you know how this is best done, is it possible to take an average position of all the green fixes? Thanks again

Was base placed over known point?

No, I was under the impression that if I logged the base and rover positions and used Linex data from a nearby station I could determine the absolute position of the Rover after post processing. I then intended to use that position to manually set up my base station. Is this possible?

Yes, if you have data from a refrence point, you can do that.
Im on a different computer but can check later

Thanks, any help is welcome!

Just a quick look, but if you use rover (or base) log and add rinex as base correction, you get absolute coordinates for rover or base.
There are two rinex files, any specs on those? ncas and moro file.

They were downloaded from this site, I believe they give GPS corrections for the time and location the survey took place.

Ncas and Moro is refrence station and ncas is closest one to you. Use that as reference (base) and rover raw logg file that you have converted and postprocess. This should give yo absolute coordiantes for rover.
You can add .nav etc files to get better accurary.

See if that is somewhat right.

Thanks TB_RTK , would have been lost with out your help

Glad to hear. Give post process some testing and see if you get it up and running. Als do crosscheck with by e.g swaping rover with base to see if you get same result. If done right, it should be pretty close. Good luck