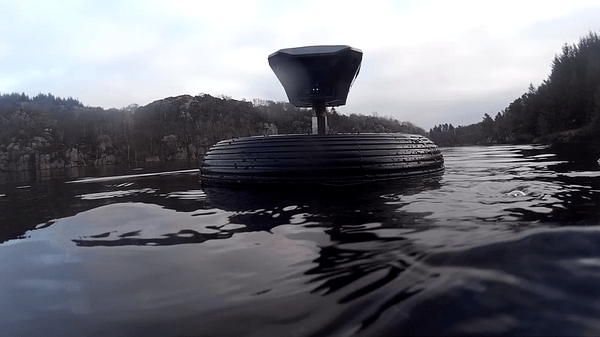 Short about this project:

At the top the Reach RS is mounted The round thing is just a wheel that keeps it floating, underneath it hangs a green laser pendant, which in theory should point vertically down. Has made a couple of changes here as it dangled a bit too much in the high seas.
The aforementioned round was to determine how visible the laser is in different environments. The plan is that it will work in depths divers operate, but down to 30m at least I had hoped.
Another thing that affects the visibility of the laser is mud. The green laser becomes more visible in the grums but at shorter distances. In clear water it reach longer but becomes less visible. Here I have couple of tricks on the trick but it remains a secret yet.

Phase 2 is the autonomous part. Some may be familiar with drones and there is an autopilot program called Ardupilot. A new platform under construction to support Loiter mode for boats (hold a position using coordinates) for X design with thrusters.
This platform connects to the Buddy and is then remote controlled with autopilot function.
That is, you control it with a tablet, phone, joystick, RC control or PC, charts the coordinates to drive, or hold and activate Loiter. Buddy keeps given position using cm accurate gnss and thrusters in X configuration.
More usage scenario is
1.Choose a position by helping coordinates (loiter)
2. Follow a predefined route
3. A hybrid version of Loiter where you control the one you want, eg to highlight an object underwater with cm accuracy. It is then controlled by a joystick or any suitable device
4.Buddy can be programmed to follow a given person or other device equipped with the function base. Base holds the coordinates as a buddy then will “hunt” for. A predefined radius is set so that it will hold a given distance to the target.

The laser is there to help by diving and marking with a visible streak / dot. Especially in dark surroundings and turbid water.

This is, in short, the concept I’m working on. (Ps! used google translate, let me know if any words sound funny or is wrong)

Random photos from the scene around. 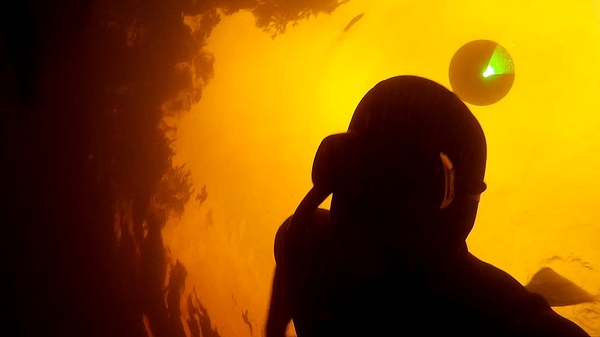 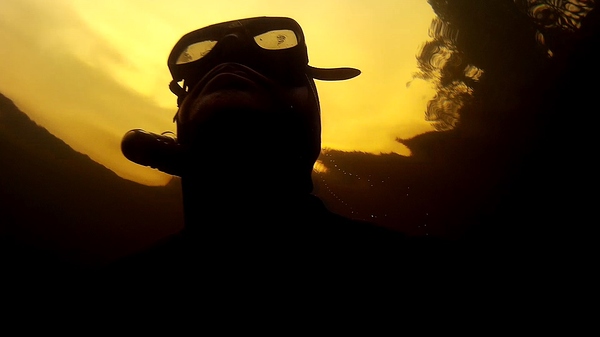 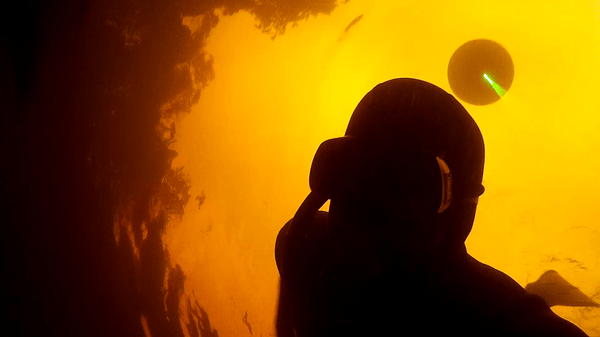 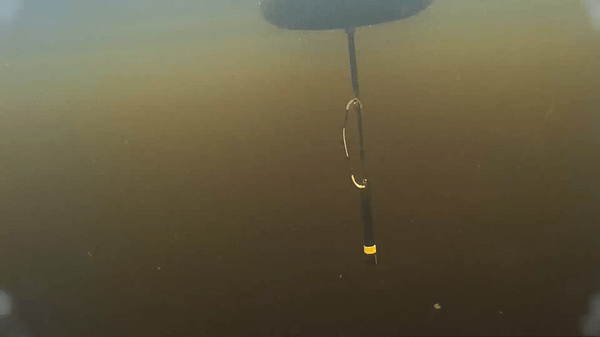 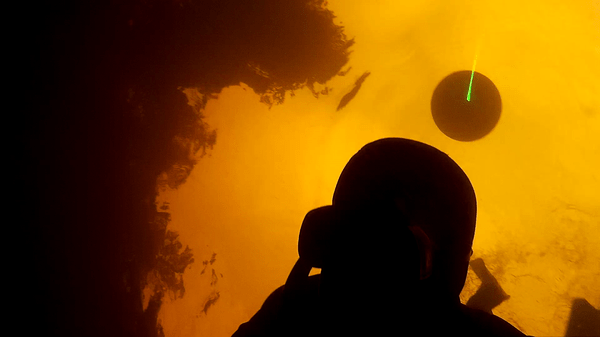 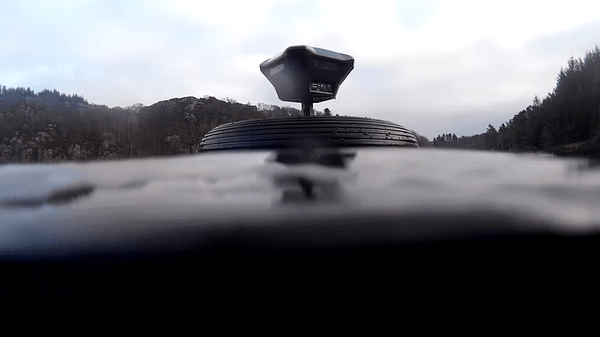 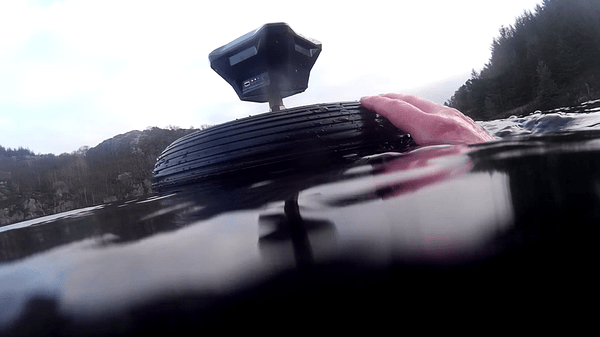 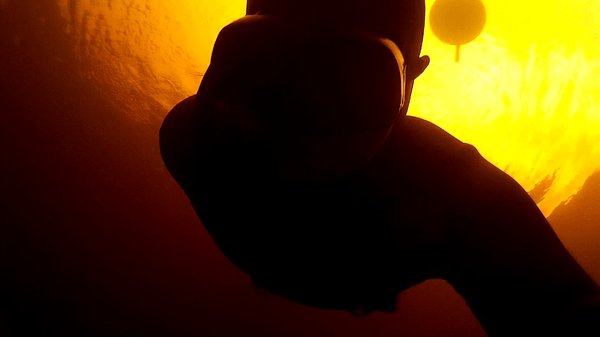 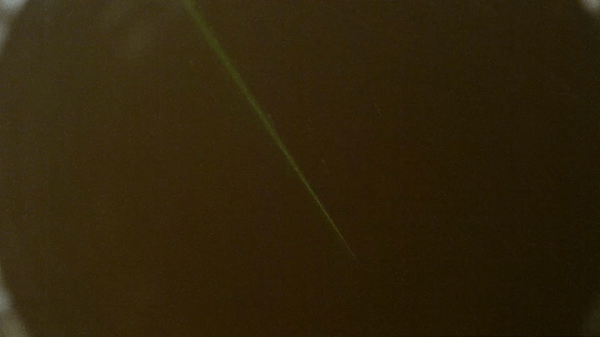 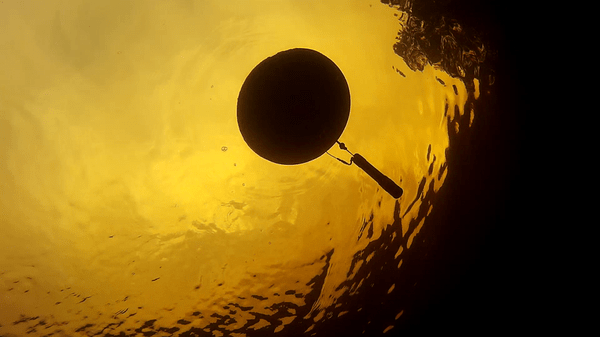 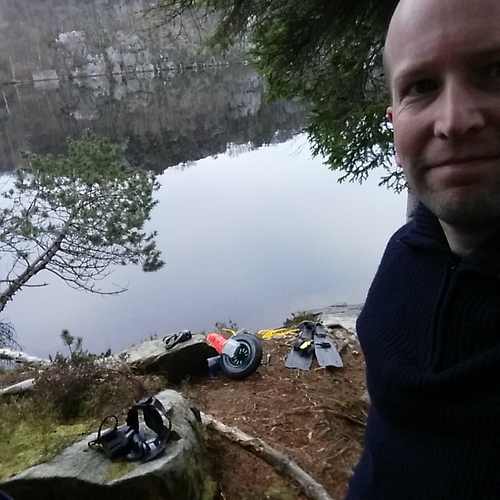 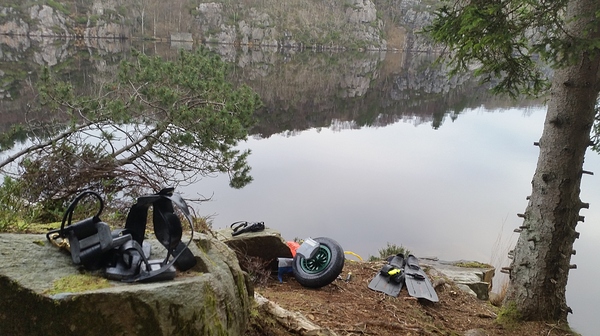 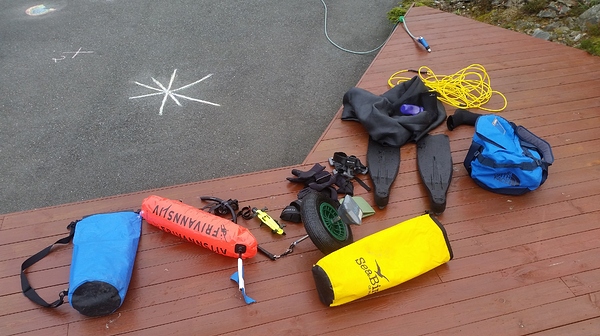 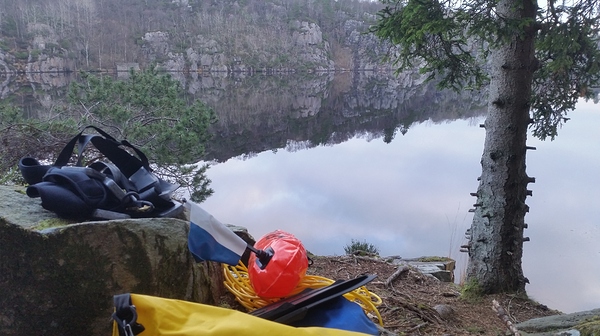 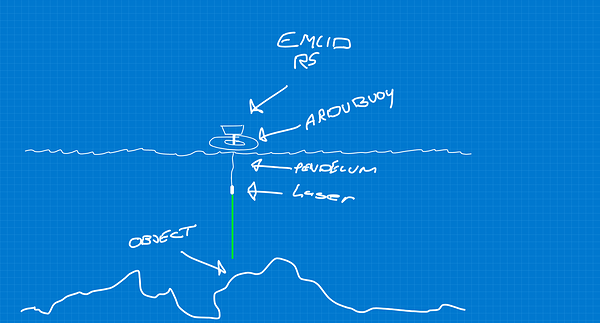 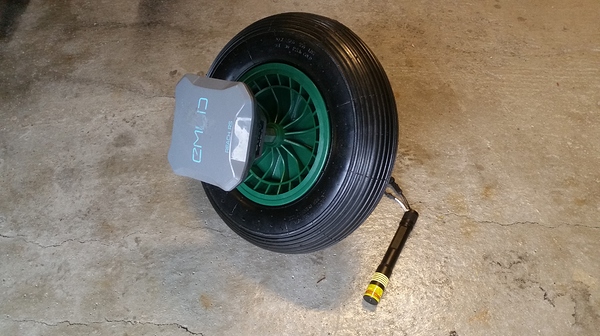 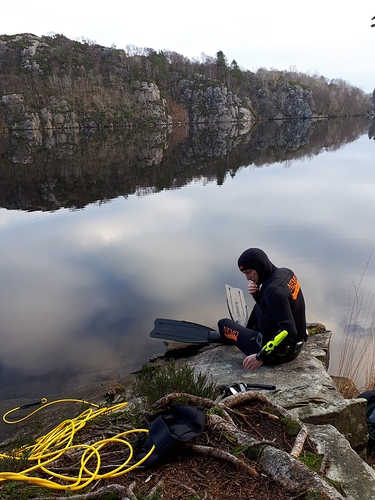 You just need correct a few Google Translate mishaps, as it haven’t translated grums and følgemodus

I got the picture, but only because of the similarities of our Scandinavian languages

that is really cool

Introducing V1.0
Had to change the design to accommodate other future expansion. 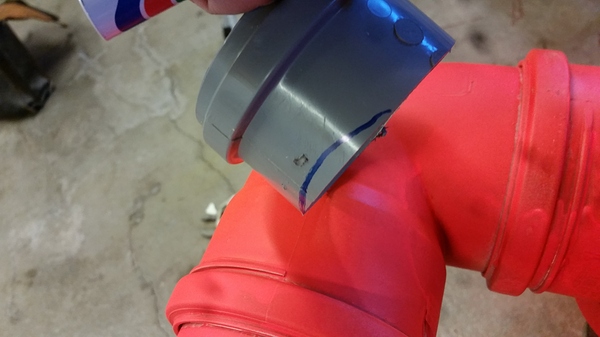 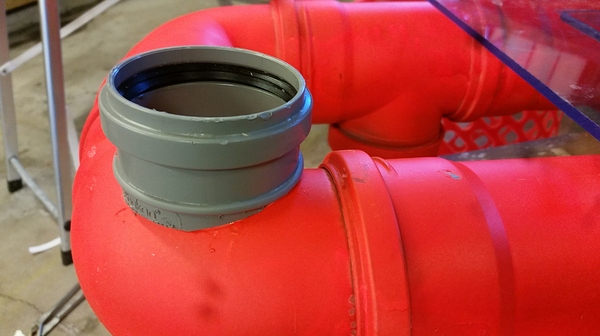 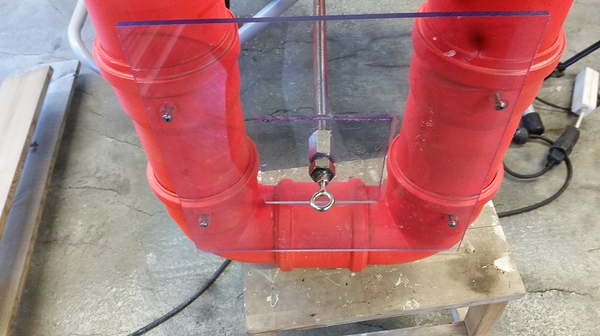 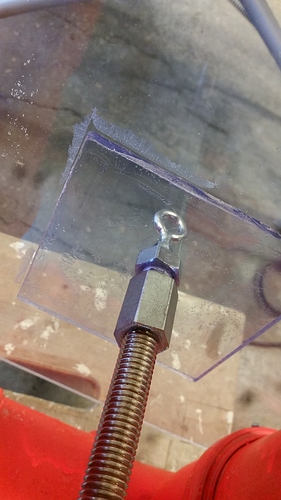 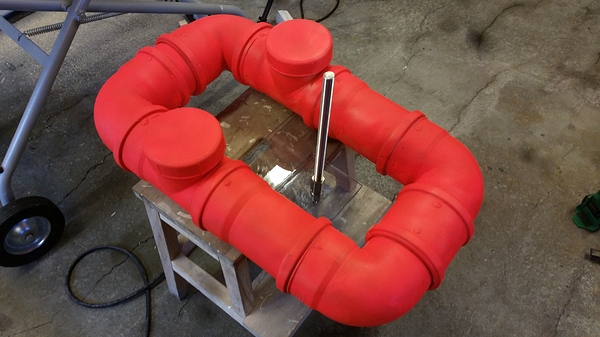 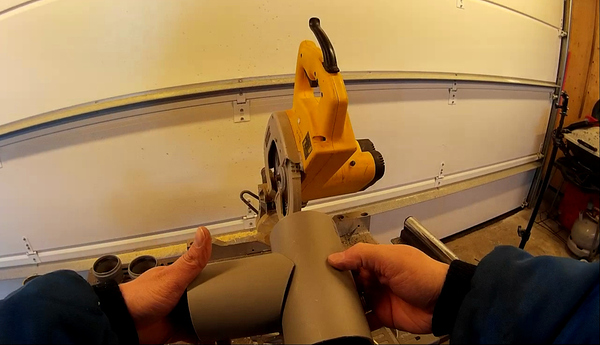 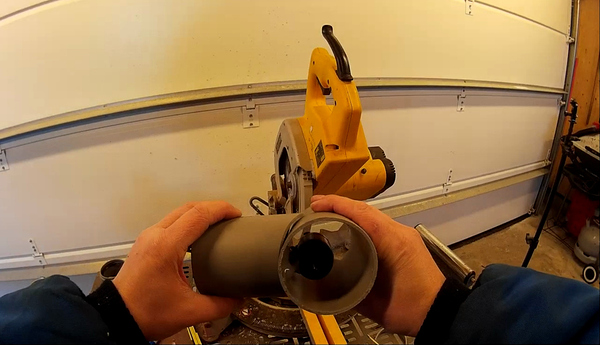 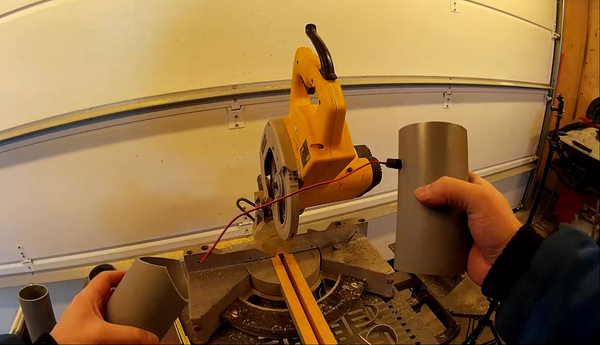 This is a very cool project, will be following. Keep us posted

Todays progress. Clued PPE pipes and fitings to make a customizable thruster solution for direction and size.
Pro tip to make strong connection with PPE plastic, use plasticprimer and heatglue or gluegun. 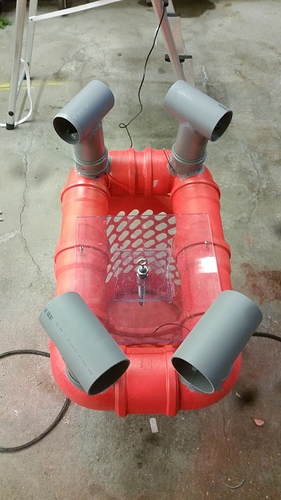 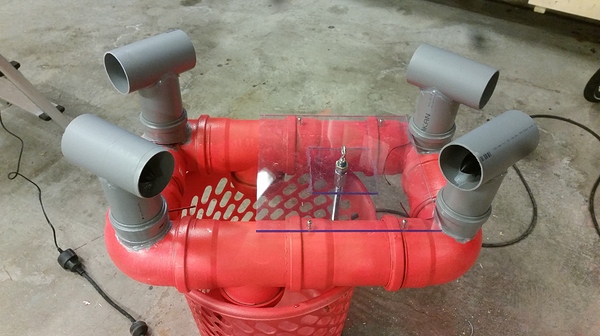 Oh, and i am using the Omni x or plus configuration from Ardupilot

What type of work would this be used for?

Any kind of stationary task involving subsea survey.
My first mission has already been done, using RS to survey object under water.
Next is to make it autonomous with navio2 and ardupilot, operate it remotely and/or load a route/target to lock on to for stakeout or other target job. Both in sea and water

Keep em coming! How did you arrive at angle of thrusters?

Great, you are a lucky guy. I love those dark Skandinavian lakes.

Did you think about adding a servo gimbal to keep both the Reach modul and the laser leveled? I think that would be an easy tweek resulting in great benefit. Maybe something like this with or without servos:

How did you arrive at angle of thrusters?

Those are just temporarily placed. But keeping any kind of flow way from center (laser) is the goal.
And Ardupilot just release omni x/+ ,that’s where i got the idea

Did you think about adding a servo gimbal to keep both the Reach modul and the laser leveled?

Yeah, that was the original idea but keeping it simple with just a pendelum solution would work too and less things to go wrong.

Do the vertical grey pipes get filled with water for stability(ballast), or will your load be large and that space be needed for buoyancy?

Yup, there is a hole in the verticals: Only the main horizontal that is airtight

Nice, I’m looking forward for an in water video!

What kind of water tight cable through dingens

The first stage is to make it work, and if it turn out well and upgrad of motor and parts is in order.
But right now, it is just to see it work.

@TB_RTK you always have amazing projects and great imagination. It is so fun to follow.
So you are basicaly building a Dynamic Positioning Vessel. Great !!