We’ve been experimenting with the Reach as a means to complete terrestrial photogrammetry in recent months. Even without the IMU output functionality of the Reach adding redundancy and various photogrammetry techniques we’ve been able to produce some fairly interesting results.
The equipment we’ve used with this project: 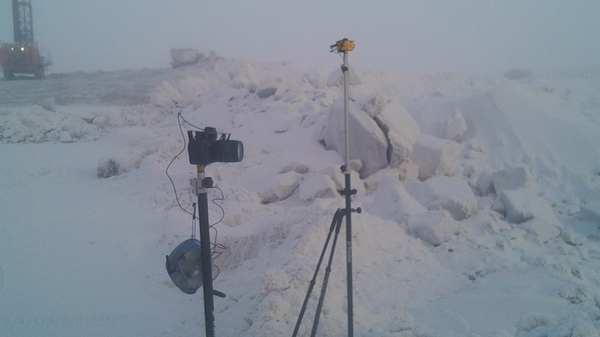 We chose to store the points on the fly using the App rather than post process simply because it was an easy way to ensure we had a valid fixed position – though logs were recorded as a safe guard. Also the App performs the coordinate transformation from WGS84 to NAD83 CSRS Z12 on the fly. This saved us yet another step.

To give a bit of background to the project, we’re using the Reach in a Mine located in northern Canada. The temperatures range from -60 C to +30 C. Generally we’re not so lucky – and are stuck in the -20 to -40 Range for half or more of the year. We’re attempting to recreate something similar to the Trimble V10 to allow us to use photogrammetry without numerous photo targets. This reduces time spent in the outside conditions while yielding the accurately geo-referenced models that are requested.

The test I’m sharing is the bottom of an active open pit operation. First we established a known base point for our Reach Base prior to completing the photogrammetry. The image below shows our setup points for each of the pictures. They are depicted by the small X’s on the screen shot. 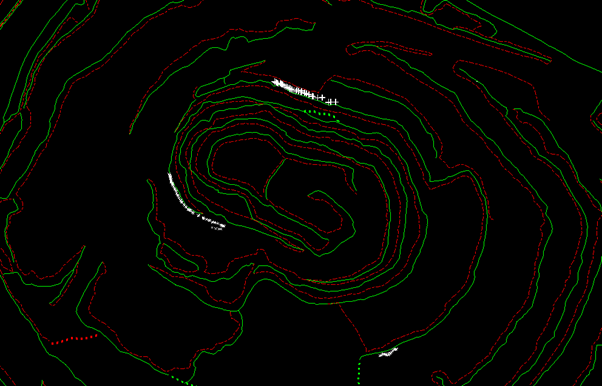 We took pictures from three different locations of the same area from different angles, heights and horizontal locations – this process better helps our processing software calculate distance and depth of the point cloud and model we’re attempting to create.

Though the end result was +/- 1m (we blame this entirely on the photos, methodology, freezing temps, etc) we were pleasantly surprised how closely the resulting model matched our own data. 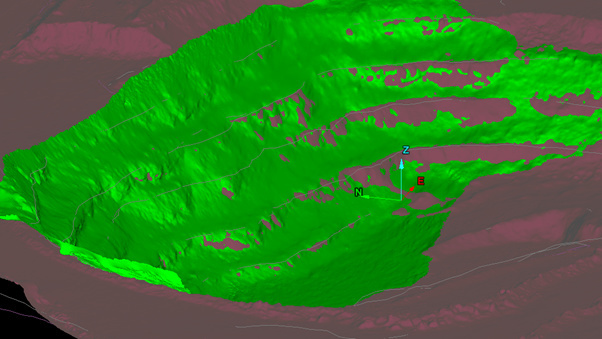 I think the reach properly implemented with a few IMUs and cameras will create some interesting models and results. After I work out a few bugs adding the IMUs I’ll re-post.

Impressive! Thanks for sharing. Waiting to hear more about this