Good day Emlid team
Currently I am building a Quadcopter and got some issues with the telemetry command, so I would like your support to understand why the telemetry doesn’t work using exclusive the
command sudo ArduCopter-quad -C /dev/ttyAMA0 &
I´ve already read the others telemetry topics on the forum and I testing in this way: Running minicom on RasPI-Navio+ configured at 56700 baud port for the radio on UAV, and for the other radio I use Hercules application on mi Laptop configured with the same baud rate. It is possible to send haracters from minicom to Hercules and in the opposite direction. I can stablish connection with Mission Planner if the command used is sudo ArduCopter-quad -A udp:192.168.0.5:14550 -C /dev/ttyAMA0 &. (If I use -A instead of -C behavior is the same, if I switch to 11500 baud rate behavior is the same also ), Currently I am using navio official image.
Thanks in advance for your answers and support.

Do you have any output on the console saying something like “cannot read serial” or something similar?

Also do you have the official Navio image or you just rolled your own ArduCopter binaries on top of a distribution like Raspbian. If the latter you may check if your serial port is not already in use. Check this site for raspberry PI ttyAMA0 serial issues.

Maybe send pictures of the wiring from the radio to the Navio+.
Yesterday I spend some hours figuring out what was the problem.
In my case it looked like an inverted rx/tx pin

I am using an official Navio image

but doing some additional test I discovered that sending the command in console the answer from the system was:
Raspberry Pi with BCM2709!
0

[1]+ Stopped sudo ArduCopter-Quad -C /dev/ttyAMA0
Then I search if there was a proccess running and I found, I try to kill it but it was not possible, the procces still stick it

Then I reboot the system again and I try another test, under console type the command: sudo ArduCopter-Quad -C /dev/ttyAMA0 without -->& and it works but obviusly the program capture the console. Please find attach the pics 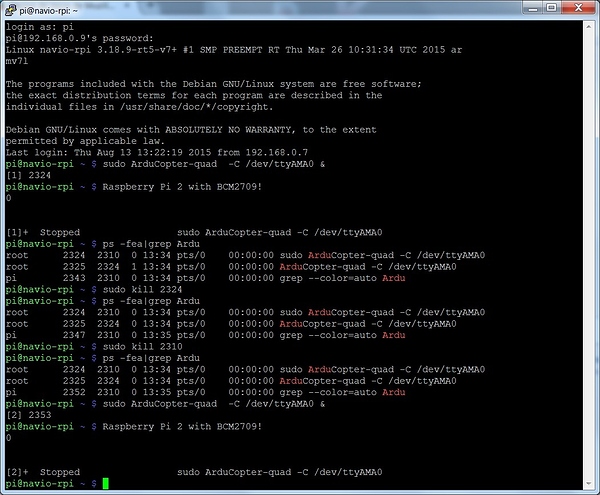 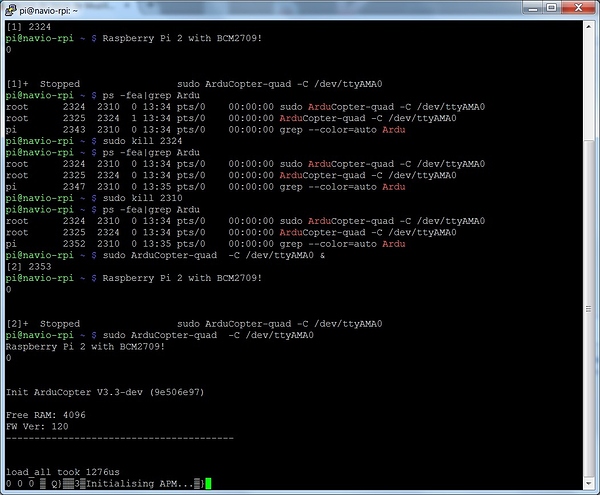 See additional Pics for the hardware 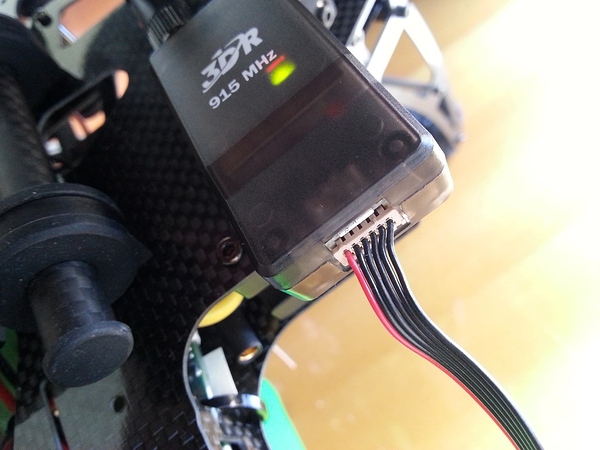 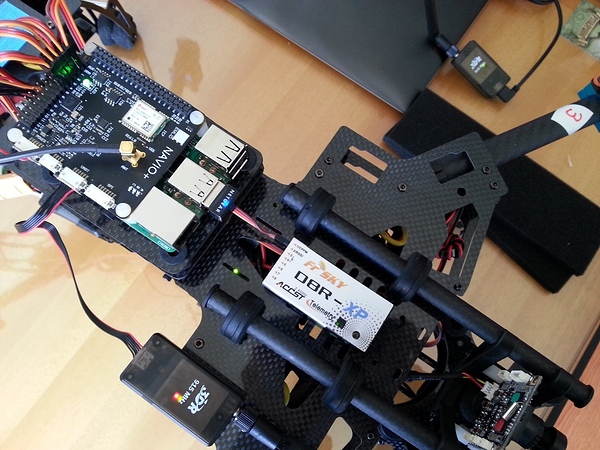 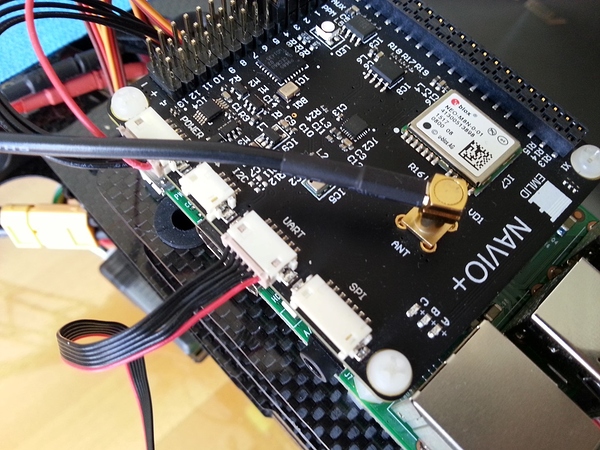 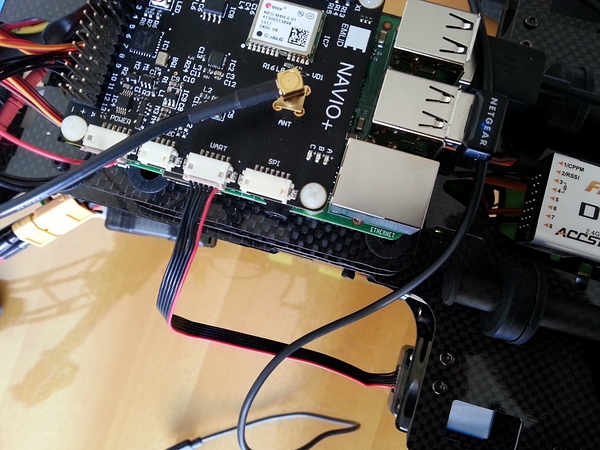 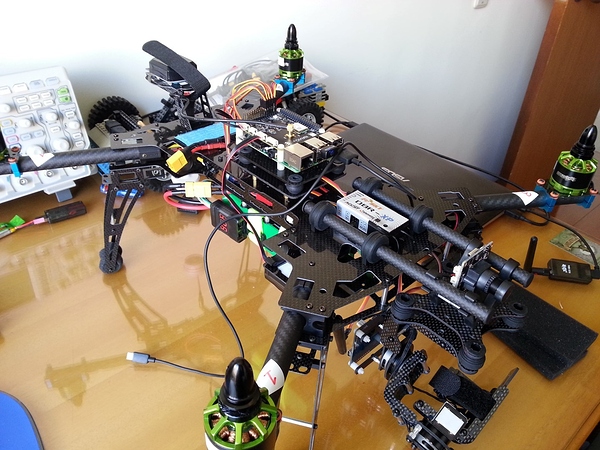 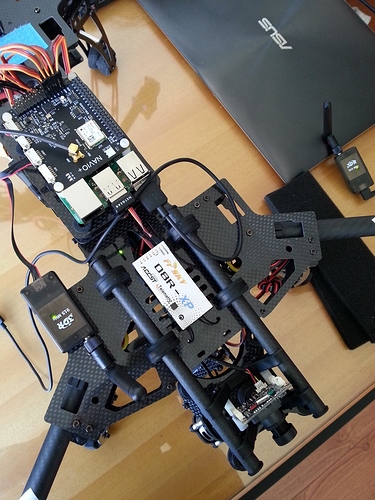 Thanks for your answers !!!

Could you please try the latest beta. It has some of the somewhat related issues fixed.

Can you also try launching APM with the -A switch like this:

The previous version was behaving really weird if the arguments were a little off. The APM did indeed start to pollute the console if argument parser had failed.

Thanks for the suggestions,
sudo ArduCopter-quad -A /dev/ttyAMA0 works but “read failed - Success” message continuously appears. Let me guess Is this the heartbeat ?

Regarding to the beta outcome are the same “read failed - Success” with the command
sudo ./ArduCopter.elf -A /dev/ttyAMA0

For both situations when I ran MP the connection is stablished.

Both commands were launched at console.

Thanks in advance for your clarification.
BTW I changed the file permits with the command: chmod 777 ArduCopter.elf

read failed - Success doesn’t mean anything, actually. It’s an artifact that’ll be fixed in the next release.

Beta release doesn’t solve the issue with launching APM as a background process, does it?

As a last resort you can try the code from the diy/master.

You are right, Beta does´t solve the message. For now I will continue on with testing season.