Hi @alobo! That’s a good question and I am sure you’ll get many good answer. In my opinion it breaks down to exactly what you are trying to do. I assume you are setting some GCP’s, but are you hoping to do other terrestrial surveying as well?

It depends on how you can mount the M2. On one of our drones I was able to configure an M+, battery and antenna so that it could be easily removed from the drone and mounted to a prism pole for setting GCP’s. I had the LoRa radio mounted so that it was a separate component with the pole because I use PPK for the drone and did not need it. That said I wouldn’t want to really do much if any ground surveying beyond that because it is a little more fragile and not quite as strong on the reception side. It does contain the same GNSS chip as the rover/receiver. Being that the RS2 and M2 are multipath receiver it will work better than my RS+ and M+ setup, but I would expect an RS2 to perform much better in lower visibility conditions. You will still need the LoRa radio module for the M2.

Obviously the RS2 survey kit with the M2 in addition would be the most flexible and preferred setup, but it also depends on how much you want to bite off the get started. I would think about future expansion as well. If you plan to grow your drone fleet you could get the 3-piece kit, add another M2 setup later and then operate 2 drones at the same time with RTK/PPK. You would still need to “share” the RS2’s in order to ground survey and set GCP’s, but I am sure you could figure out the logistics. One way would be to have a person designated to set GCP’s and do that before the drone flights for both projects and then two people could fly each site independently… 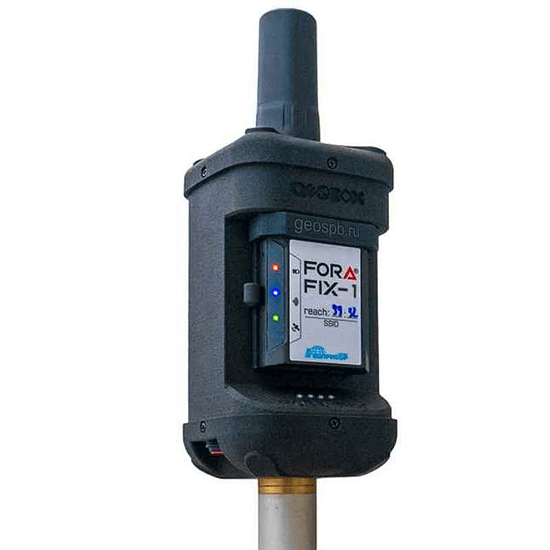 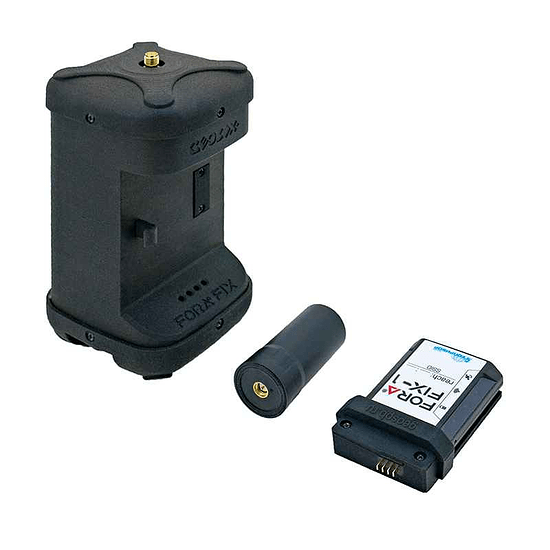 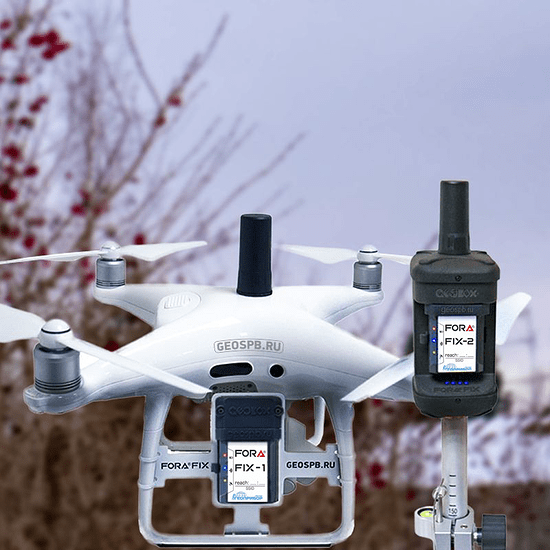 It would be nice if you could provide a web link. That’s a pretty slick setup. I would image it also has a power source enclosed.

I don’t see any problem with using the M2 as a base and the RS2 as a rover using LORA. I’m using the M2 and my homemade antenna mount as a base with my JAVAD Victor-LS system as a rover in short baseline measurements. Even though I have RTN service, there are times when a fixed solution is not possible in a short observation time, i.e. locating creeks. Even though I may maintain a fixed solution, it’s always good to have a short baseline to PP and verify the obsevation.

That a pretty awesome rover

I tried to Google it and there didn’t seem to be anything much available so I bet it’s still in some stage of development and not ready. Specs and compatible software would be nice as well.

Yes, you could use Reach M2 for ground positioning, even though it is not designed for such use. It can provide centimeter-level accuracy. However, keep in mind several things. First, since it’s a UAV module, it does not have an internal battery and you need to use an external power source. And second, for precise ground surveys, you need to connect the receiver to a pod. Reach M2 has no stock connector for a survey pod. Also, Reach M2 uses an additional external LoRa module.

As a conclusion: M2 can be used as a rover for ground surveys without any issues or decrease in accuracy. Though, it’s not the most convenient solution.

Is there any person from geospb in this forum can explain this fora fix produc?

I think it’s a pretty good form factor. I can keep mine in a small bag with external battery and almost carry in my pocket ! Emlid really needs to start promoting the M2 as a viable Rover for surveying. If you’ve ever surveyed in the woods carrying equipment ( total station, backsight and instrument tripods, bushaxes, stakes, etc), you would appreciate the M2 form factor. Emlid really needs to start promoting this by making an antenna mount for surveying with the M2. Or even having another antenna option. The door for additional sales to the surveying community of the M2 is wide open. I’m planning on buying another M2 for backup and for static loop closures as an additional check on surveying when RTN is not available. Verification of data, that’s what surveying is all about. At the cost of the M2 and RS2, there’s no excuse to have accurate data tied to the NSRS.