Hi everyone,
Does the Navio2 currently support any rangefinders (like the teraranger duo or lidar-lite v2) or the PX4 flow sensor? The arducopter documentation describes how to set up these sensors with APM and Pixhawk - can anyone confirm that this works the same with Navio2? Thanks in advance.
One more thing… how easy is it to integrate the REACH RTK with the Pixhawk and Navio2 (I’m not a coder, i.e is it meant for end-users)?

I can confirm that this works with the Navio2 – running on the analog port. It’s pretty f’ing sweet. Still working on some things, but have some solid ideas implementing this. I can HIGHLY recommend this company – very nice sensors if you have the $$.

@Chow regarding the integration of Reach RTK with Pixhawk\Navio2 - it is quite easy, there’s no need to code anything, you only need to wire it properly and do a bit of configuration. Please take a look at the docs.

Hello, Is there currently any update on a rangefinder working on the Navio2?

@amadson , do you think their cheaper model for 299 USD also works?

Is there currently any update on a rangefinder working on the Navio2?

@amadson , do you think their cheaper model for 299 USD also works?

It should work. I personally haven’t used the SF02/F model, but we tested the SF11/C with the Navio2 and Copter-3.4rc1; and it performed well as shown below:

Interesting, I pointed out the SF02/F specifically as it was descriped on the PX4 pages,

So that makes me wonder if your SF11/C would also work with the PX4 stack.

Will have to compare the two.

So are you using the PX4 flight stack with the Navio instead of APM? I didn’t know it was now supported.

i thought Navio was going PX4 sometime but then this week the new APM 3.4 rc2 release is due I read in their forums.

On the SF11/C, I would think it might be supportet in PX4 as well given a related sensor is listed on the PX4 documentation:

Anyhow the command is sf0x start… indicating 0x instead of 11…

Anyway, how did you wire the SF11/C to the Navio, did you use I2C, Serial or analogue?
On the PX4 page it says go serial.

Contrary, on the APM page it says I2C is supportet in Ardupilot 3.4, but id look for an official changelog to find out.

Any update on this,

or does it not matter how to connect the Rangefinder to SF11/C to the Navio 2?

I could do ADC, I2C and Serial, although Serial (UART?) is already used by the Radio.

hello,
the link you provide is not found now, could you try to give me a new docs page?
In addition, does that mean the connection is the same with pixhawk?pixhawk and I can use the ros node directly?ros code

Hi there,
can you please advice if this would work on Navio 2 board?

It should work but have not tried one in a long time. Have heard they have made some good changes in v3. Early ones did not work so well via I2C.

You can always use USB to serial if you want to hook one up via serial, which is highly recommended. 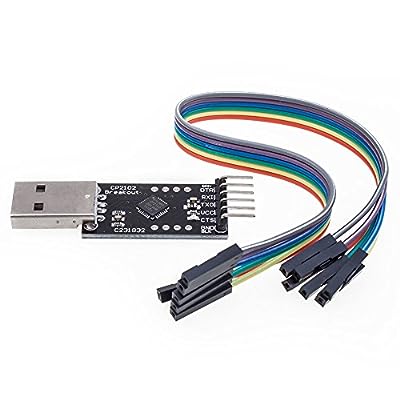 Thanks Coby… i missed your kindly reply
Unfortunatelly I have no room for the SF11c and altought dimension are very similar, this still dosen’t fit
I will give it a try and let you know
thanks
a.