Hello, i am having problems trying to get RTCM corrections through Sik radios V1, i have posted this problem in another topic, but seems nobody pay attention to a one year old topic, so i decided to create a new one.

I am using RTKLIB SRTSVR to get RTCM corrections from a paid CORS network to my computer, and serve them to the com port of my ground sik radio, the app is ok, green leds coming in and going out. 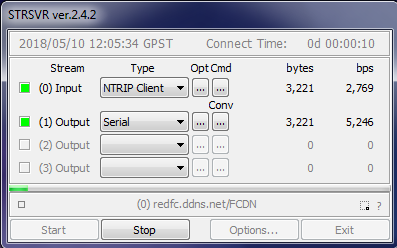 Both radios have the green led on, and red flashing, the reach correction input is set to serial, uart, RTCM3 (as network), and actually 9600 rate (i also tried 4800 and 38400, in reach, SRTSRV settings, and device settings). 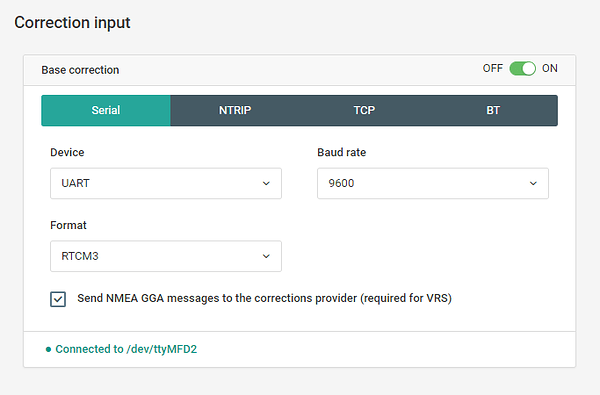 I also tried switching the Tx/Rx wires, with no luck. 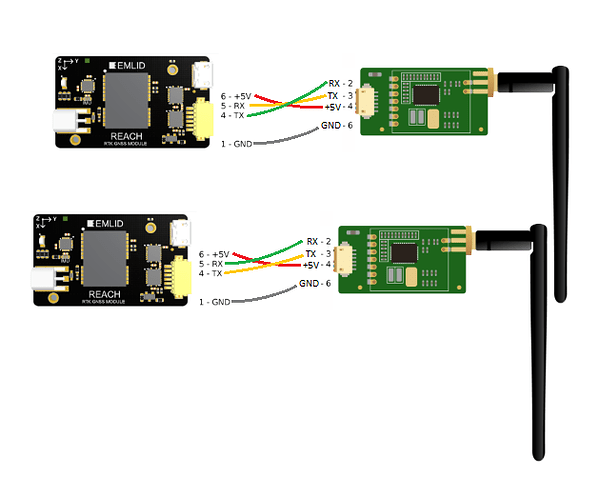 I would suggest making the situation simpler and checking if the radios work together. You can easily do this by connecting both radios to your PC, opening a terminal emulator and trying to just chat between two radios. They have their internal baud rate settings, which just might be the reason they fail to communicate.

Also, did you have a chance to work with the caster before? It might require the rover to send single position before it starts broadcasting corrections.

Thankyou for your reply. As i said in the first post, the radios work through pixkhawk/missionplanner GPSinject, so i guess that means they work toghether. The problem is when i connect them directly to the reach.

About the caster, is not really necesary to send the position, i have tried with and without sending the rover position with other recievers, and ir works both ways.