Some motors start with more speed than others

Today I made some Indoor tests in order to verify the voltage and amperes with the battery but I observed that the speed on all motors are not the same for my quad´s configuration. The 4rd motor start with more speed than others. On another test I observed that rear motors spin faster than front motors. (Actually, It was confirmed on Mission Planner failsafe option window).
Please your help to solve it. Maybe some log could help to overcome this issue, it means to know what is the value of pulse sent towards ESCs from Navio+

@Grek, have you performed ESC calibration? 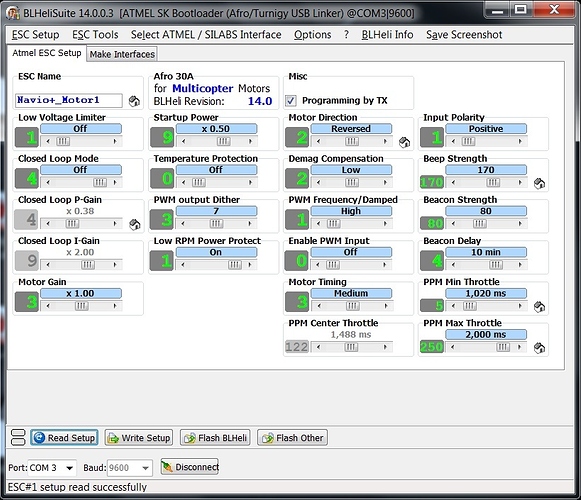 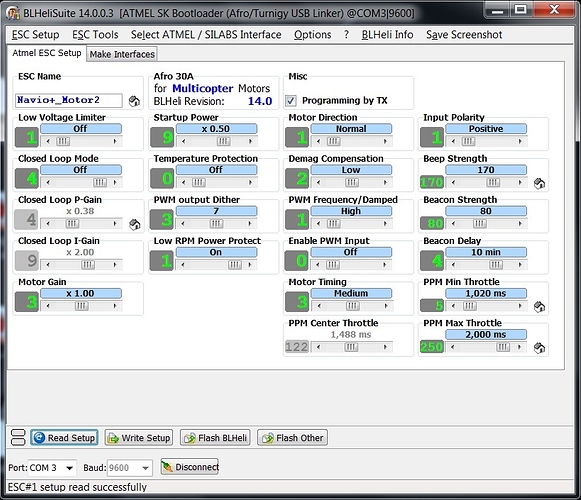 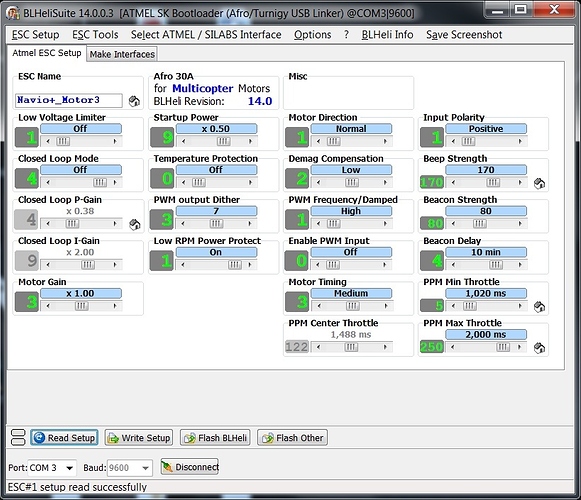 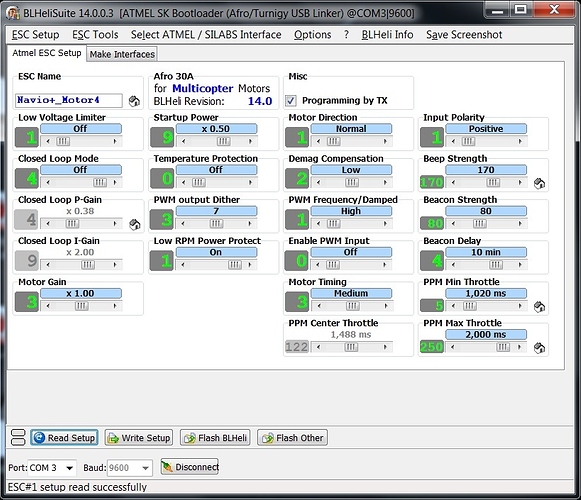 Then I made another test under Mission Planner Failsafe tab, I armed the motors, then I put 50% on throttle and I started to disconnect each ESC connector and got surprised that I get the following behaviour 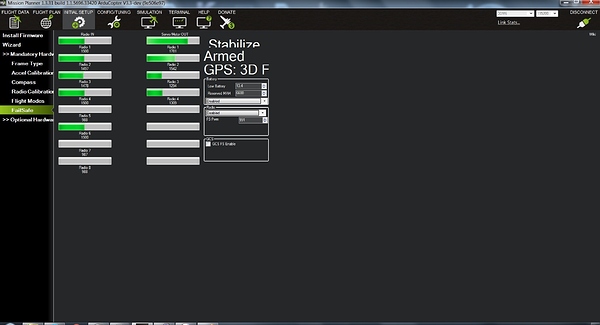 Troubleshooting_Speed_Motors_WO_ESC.jpg1920×1041 191 KB
So I thing there is some issue with the Navio+ Image.
This is the current software installed
emlid-raspberrypi2-raspbian-rt-20150401 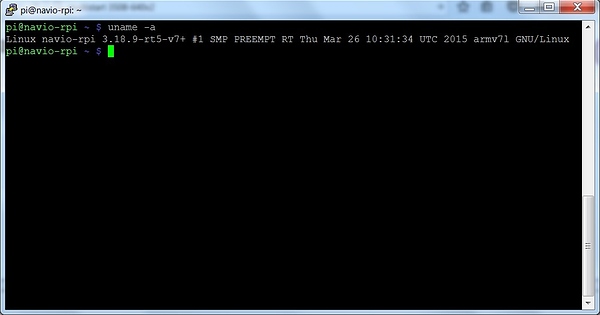 Is orientation leveled in HUD when you see different outputs? This is certainly a set up issue, as there are many people flying this software.

For indoor tests whatever if the motors are spinning fast then others, maybe your surface is different from the calibration one.
Setup your Accell Calibration again and try field tests…

@Igor / @robertb
Thanks for the answers, Well the orientation is leveled on HUD and the surface is my desk which one I have been used for build the quad is leveled too.

So What is your best recomendation… It means if you can provide to me some orientation it will be useful about calibration, I will be thankful… Im very excited about to go fly, (on Next Sunday It will be the first fly for my quad