For a few years I have been making custom topographical maps of a mountainous area, in a remote part of Québec, of which I am particularly affectionate. Unfortunately, the large institutional lidar campaigns stop literally at the foot of those mountains, so we are stuck with digital elevation models based on decades old photogrammetry. Generally, the data is good enough, but when combined with features I want on my maps, like reinterpolated contour lines to metric, it means there is often a disconnect between the true peak elevations and the last closed contours.

This is why I started considering measuring the peaks and using that data to readjust the DEMs when I have enough coverage for the sector - it will take a while for a solo guy with no budget doing everything on foot. The work will not necessarily be in vain as these measurements could be used as checkpoints if there is ever a lidar survey over the area. Plus I get to do some great backcountry trips, so I don’t mind the chore.

I planned a solo point-to-point traverse in the western part of the massif, closer to the road, over 4 or 5 days. I already knew the area so it wasn’t too difficult to plan the route. 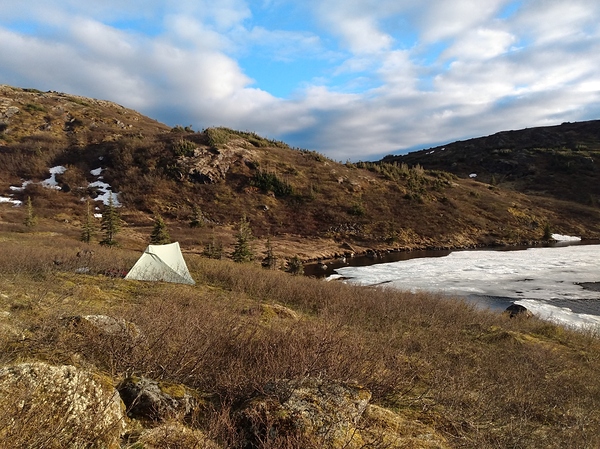 To make the project easier, I tried to minimize the equipment weight and volume:

Results:
After spending some time on the first summit, it was clear spending two hours on each summit would not be fun. It was breezy and cool and finding shelter was a lost cause so I decided to reduce occupation time to 1 hour. It would be enough for the precision I need anyway. So back home, I sent everything through to the PPP and some very interesting results came back: 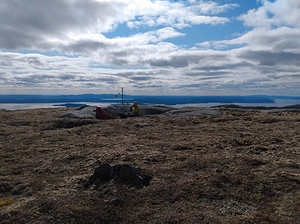 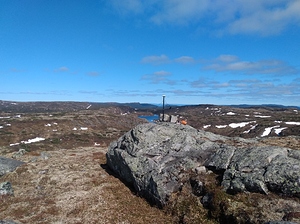 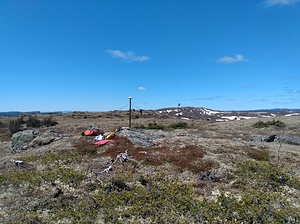 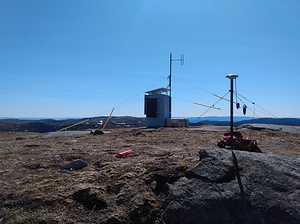 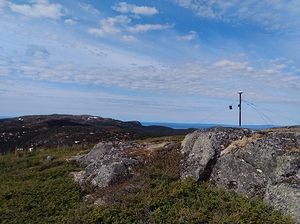 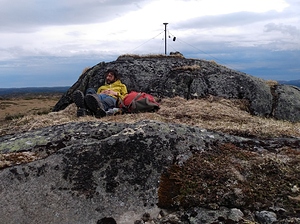 IMG_20210614_1551340162080×1560 1.34 MB
Much later in the day after a few hours hiking, the weather was shifting. A warm front showed itself during the hour on the summit with corresponding high winds that shook my tent half the next night before it started raining. 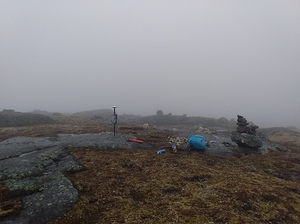 All considered, using the M2 was a painless experience except for the time I had to spend shivering on unprotected summits. The entire setup is light enough that I was able to cover 60km on rough terrain over 4 days without too much effort. I still need to find a way to make it weatherproof, but I should be able to do some tests with flexible TPU 3D printing filaments this summer.

Thanks for sharing this! Hope you feel good after such a harsh trip. However, I almost envy you since the views are breathtaking

How much time do you expect to spend finishing this project?

The photos are amazing! Can’t imagine how cold it was to be there

How much time do you expect to spend finishing this project?

I expect this to be something that’ll take at least a few years. I have to devote some of my vacation time to this and the time window between the snow melting and the flies making the area unbearable is very short.

This trip was in the more accessible area. I’ll have to consider getting dropped by floatplane and walking back to the road for the more remote parts of the mountains.

Can’t imagine how cold it was to be there

It wasn’t that bad, during the day it was sunny and between 15-20°C for the first days.