So I thought I’d tear down my beautifully flying (albeit a little boring) Naza based S500 and replace the FC with a Navio2.

The main goal for me is to learn some of the mapping functionality of an APM powered craft. Once I’m happy with the software and have some faith in the FC, the plan is to build a bigger camera platform. 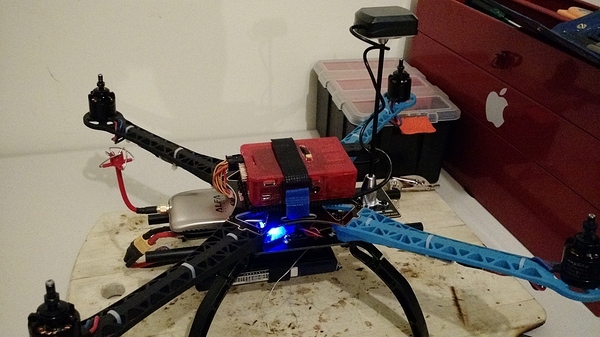 I’m also running a massive 500mW Alfa wifi dongle as I want to also get Befinitiv’s wifibroadcast HD video project integrated, but for the moment it serves as the telemetry link for Mission Planner and Tower.

I’ll hopefully get to fly it for the first time later in the week.

How do you like the S500 frame. Is it stiff ? Can you easily twist the arms or bend up down ? I am worried about vibration profile with this frame but very interested in one.

Sorry for the late response. The arms are stiff enough as there is a fiberglass (i think) rod down the center of each arm. The top and bottom plates are quite thin and flexible though. 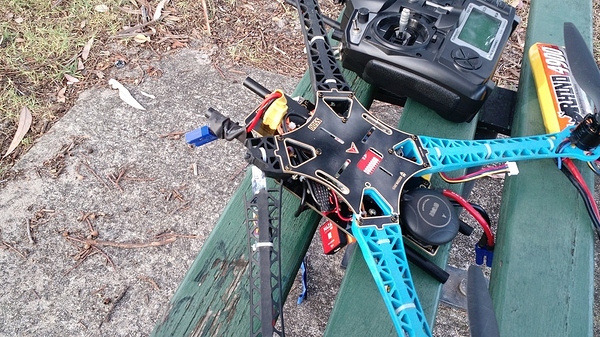 It’s a stable platform, but in order to get the most out of it larger motors and bigger props are worth considering. But then your looking at a more expensive build at which point a carbon based frame (tarot etc) may be better.

I’m using 1045 props and sunnysky 2212 motors which aren’t really powerful enough to swing bigger props unfortunately. But it flies great in this configuration (with naza, yet to fly it with navio) just to play around with, and can lift a gopro ok. But If i wanted a larger payload I’d probably go with a frame with a larger and stiffer top and bottom plates. As you can see the top plate is almost completely covered by the pi.

thank you for the detailed response. I have only used a taro 650 frame. I am not new in this hobby but for some reason i thought these frames might be even stiffer than the tarot 650. I get 25 min with my tarot 14 inch prop 380 kv motors and a 10Ah 6S battery

Lets go mapping!
Purchased a cheapish $40 canon sx230 hs the other day. The nice thing about this little camera is that it has a built in gps, so no need to post process the images to geotag. The sensor is probably no better than the old gopro 2 that I have, but the lens most certainly is.

After some hassle i got CHDK installed and got the awesome KAP intervalometer script up and running. 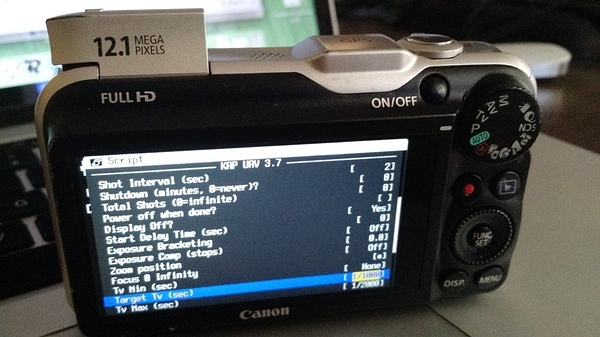 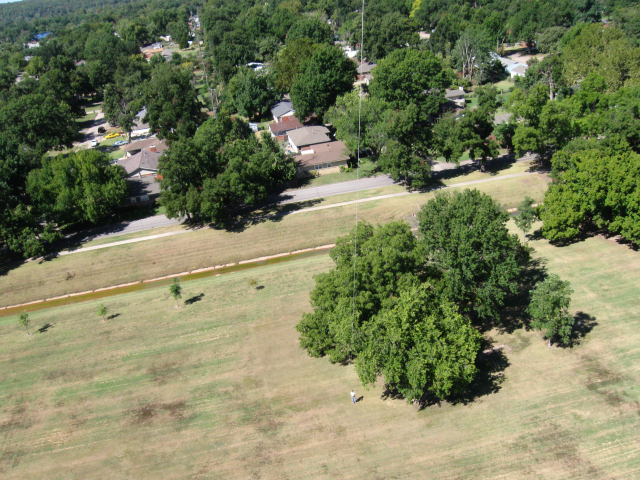 I made up a mount from a thermoplastic lunch box lid. 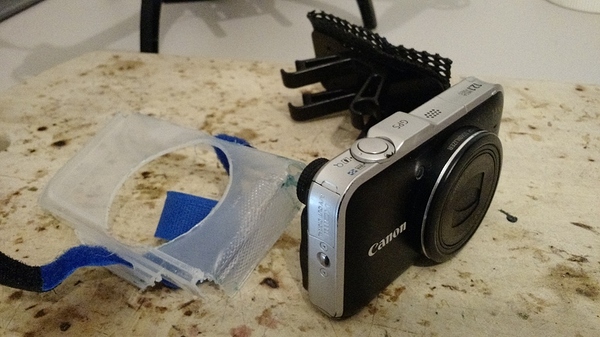 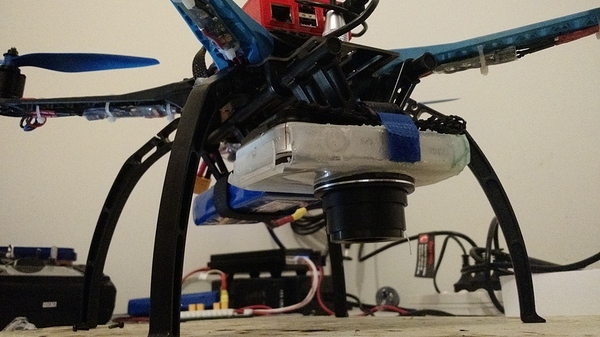 Anyway, hopefully I’ll get to fly my first survey either this afternoon or maybe tomorrow.

All up weight is about 1600g which for this motor/frame combo it at the upper end of the scale. I don’t think the added weight of a gimbal would be flyable.

The drone I assembled based on S500 frame as well. Dry weight (w/o camera and gimbal) is about 1800gr. It flies like a rocket, hovering on 45% throttle for 22-25 minutes. Hence, + 1 kilo could be easily added with proper manoeuvrability.