Reach RS2 not turning on

Our 2 week old RS2 won’t turn on anymore, or more specifically… it seems to turn on as it creates a com device when plugged into a laptop which isn’t responsive and will appear as an unrecognised device when replugged.

This behaviour started after the unit became unresponsive… It remained quite warm at the brass base until the battery was depleted.

Is there anything we can try before returning it to the vendor?

Welcome to the community and sorry for the delay!

Could you please describe the LED status of your device? You can share the video of it if that’s easier.

It’d be also helpful if you could elaborate on when and after what cause of actions the unit became unresponsive.

Thanks for your reply.

We’ve managed to revive it, sort of… After letting it drain the battery (it was quite warm at the base and no lights at all the entire time), we were able to usb flash it (with the exact same (latest at the time) firmware which reset everything after the second attempt). It would start to work and sometimes even connect to wifi for various amounts of time letting us use it’s webinterface before rebooting again.

Now it wants to boot… and wifi even connects as indicated by the blue light and an entry in the dhcp leases list of our server. But never finishes starting up as demonstrated by the attached video. 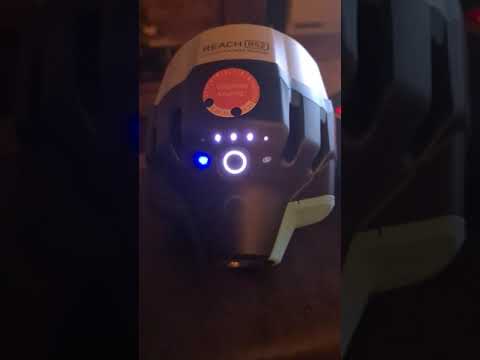 During it’s bootup attempts it does generate some wifi traffic before rebooting again:

A boot attempt seems to have been succesful finally… it’s running now, however confidence is very low. This thing should have been on location already, but with the risk of it randomly rebooting if starting up at all this is a no go at the moment. I did manage to download all the logs from /var/log using scp… Which, at the moment, shows nothing but normal operation… Could make them available, but not sure if there’s any private info in any of the logs…

Thank you for the details!

Please share the logs you’ve downloaded from the unit with me via support@emlid.com or via Private Messages as they might contain some sensitive data.

I’ve received the logs, thank you! We’ll take a closer look and will get back to you with the results.

Just wanted to give you an update on this. We’ve replaced this Reach RS2 unit. We’ll take a closer look at the reasons for such behavior when it comes to our office.