I’m using my Reach modules for the first time. I seem to be having a problem getting coordinates back on the rover.

I can successfully communicate to the ReachView app on the base and rover, and I believe I have the tcpcli / tcpsvr set up properly.

Strangely, the status page on the rover says “Mode: undefined”. Has anyone seen that before? 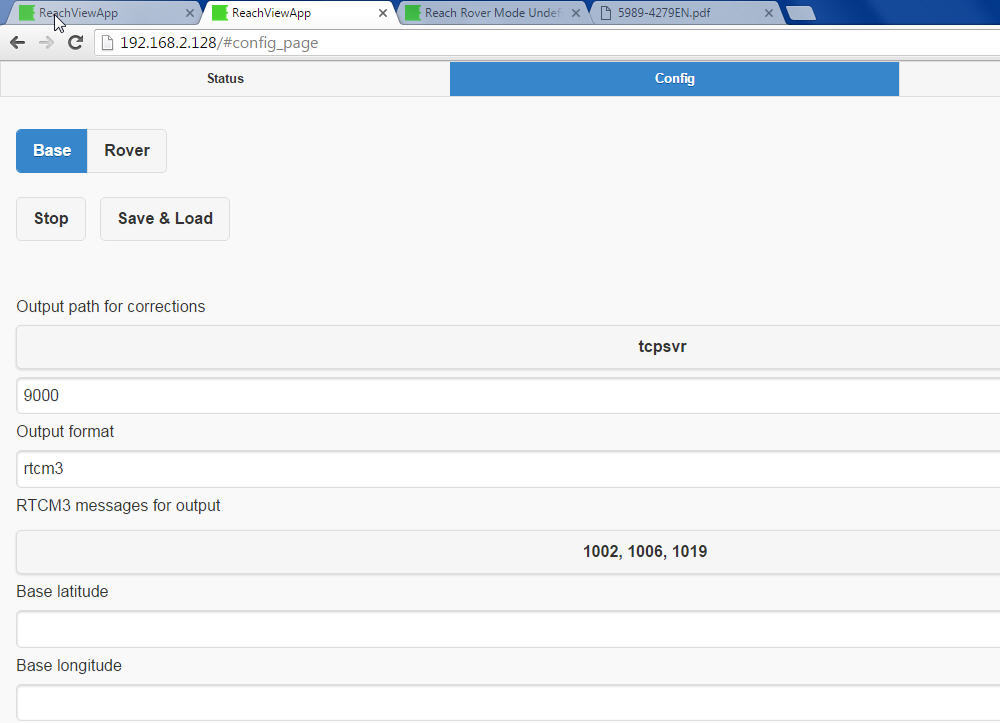 Interestingly, when I go from the Config tab to the Status tab, the mode displays a value of “Rover”, but as soon as the satellite signal strength bars are shown, the field changes to “undefined”.

I would try to do another software update just in case. I’ve had funny behaviours before with ReachView, and I’ll either restart the ReachView server or just reboot Reach.

On today’s try, things just worked! My rover displayed “Mode: rover” and “Status: single” and I had llh values. Next, I entered some base coordinates (I just grabbed a recent lat-long-height reading and used that for now) and it went to float!

Once it was in float, I saw the gray satellite signal bars on the status tab. I’m not sure what that tells me, but we expect to see them, so that was good.

I blipped into fix status every now and then. My skyview is not perfect, so this was not a surprise.

Now, my next challenge - determine what is needed to get faster fix, more time on fix.

Matt, this was likely related to browser cache as update changed how these fields are filled.