Reach M2 as Base and Rover Via LorA Radio for Land Survey. does it works thesame with Rs2?

My understanding is the M2’s brain is the same as the RS2. I could be wrong.

But the M2 lacks integrated components that make it a much handier and streamlined tool for survey like;

So it is possible to use the M2 for survey but with all that stuff plus cables hanging off your pole its not the best setup or most efficient. Also you will be worried the M2 will get wet when it rains.

I personally love the M2 because it is very easy to integrate into other things because of its small size and simplicity. Most installations would be permanent or semi permanent so having tons of dangling umbilicals is not an issue. Plus I only use the live position and if its under an inch i am more than happy for ag guidance.

But even I am now tempted by the RS2. I really would like a stick of geodetic truth but currently cannot justify getting one. These second generation Emlid’s really far exceed what I thought gps could do at this pricepoint.

I come up with a new scheme for them to control every week. Emlid beats satellite TV for entertainment value.

Joseph, I use both my M2’s as static. I haven’t tried using the LoRa RTK yet. Yes you could use both as RTK, but as potato farmer says there would be cables for the radios and antennas and batteries and it would be kinda cumbersome to use as a rover. I believe David Hess on the forum here uses M2’s for RTK. You might try contacting him by personal message to find out about his setup.

The M2 is a great form factor and are great for static use. I use both mine as a baseline collecting data while using my Javad T2 RTN receiver. If I loose cell coverage, I can still use the M2’s data and PP with the Javad T2. Short baselines are your friend. Most of the time my baselines to the rover are <3000’. PP accuracies are generally <2cm horizontal and vertical.

I use the Swift navigation GPS 500 antennas for the M2’s. When I bought the antennas back in May, they were $225 each. They’re good antennas.

thank you for that info. i

Joseph, using my homemade mount for the helical antenna, you could make another mount for the LoRa and attach somehow to enclose the radio and cables. Just thinking… I don’t really need the RTK for the M2’s but I may buy to play around with… 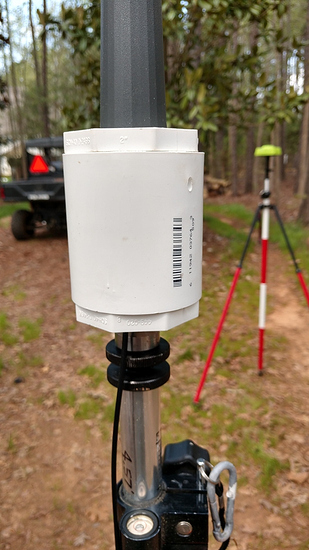 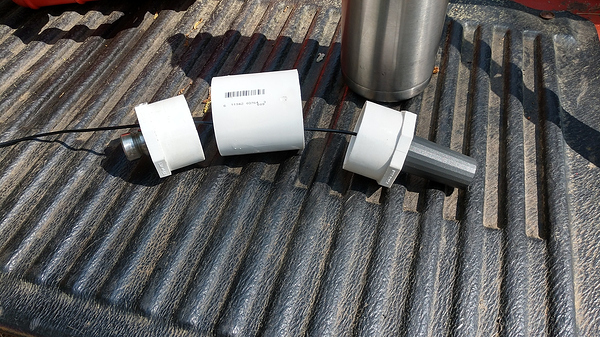 I’d like to add that if you plan to establish an RTK link between the receivers via LoRa, you need to use two Reach M2/M+ LoRa radio modules.

Generally, I agree with @PotatoFarmer regarding the integration of the external components so to set M2 as a base and rover. Indeed, you can use two Reach M2 instead of Reach RS2 for the RTK survey. M2 and RS2 have the same GNSS chip.

Please note that it might be quite challenging to place M2 on the tripod as it doesn’t have a bottom thread like on RS2. You will need to create a custom-made solution for that like the one Bryan showed us on the pictures above.

hi sir is very nice, where did you get the enclosure?

i consider that problem of mounting on pole. i chose M2 because it is small and mobile for future use on aerial survey…

but for now, i will use it for land surveying / property surveying.

As long as it work thesame as RS2 i wouldnt be a problem for me, i just the accessories.

Home Depot hardware store. Simple 2" dia PVC drainage pipe with end caps. I used drill press to accurately determine center of end caps for helical antenna and 5/8 x 11 survey adapter for mount on bipod. As I said earlier, I can envision another mounted on the side for the LoRa and battery. I need to revise design, maybe bigger diameter pipe.

about your set up sir
dont you use Radio for correction?

Just static, I have Javad equipment here. Best in the world for surveying. Just got M2’s out of curiosity and form factor. Great units for static use, don’t really need Emlid RTK

as long as it works, the next problem to fix is how to mount… the bottom line is the budget