I have designed a dome to incorporate a 100mm ground plane on the top for the gnss receiver. Do you have any thoughts on how close the primary GPS unit could be in relation to the gnss receiver?

Secondly. I,have also made a base station with a 200mm ground plane and would like to finish off the top with a low profile dome. Do you know of any plastics that would be okay to use without reducing the reception?

Finally I think I found a reference to this, which eliminates the need for a ground plane. Have you tried it and if so did you use two, base and rover and if so did it improve the float / fix ratio as at the moment even after the latest firmware, a fix is very rear making it a bit pointless.

Oh and documentation? I appreciate your efforts on trying to get the best possible solution but it would be very helpful and not to mention the reduction of questions posted on the community forum to have revised documentation inline with the current incarnation. Your moving fast and anyone new, including me would spend far less time trawling through the forum to get an “official” answer rather than relying on other members.

One thing that’s very frustrating at the moment is how to get reach status into MP without using additional hardware I.e a network infrastructure but just the standard telemetry radio.

Could the status be shown in the base unit if nothing else.

I would like to see a picture of the dome you designed. I haven’t used a dome yet, but I felt that a spherical plastic lid (like what would snap on a disposable paper cup) would do the job. The consensus seems to be conical for shedding snow. So many outdoor antennas are designed with flat tops, but pooling water must have a detrimental effect on those. Hi Larry, Glad to hear that you are getting good results with Reach! Our top pick is this antenna from Maxtena. It is perfect for UAV operations. Just make sure that you locate it far away from all electronics. It is pricey. TW2405 looks very...

Maxtenna is spoken of elsewhere in the forum as well. I thought I read somewhere that a helical antenna is a compromise. It trades omnidirectional reception for gain or something to that effect. Don’t quote me on that.

Almost every plastic is ok, it just should not be metalized or painted in silver color (as it contains metal particles). Leave some room above the antenna, at least 5mm should do. You can make a simple test by monitoring satellite signal levels in ReachView with and without the dome.

Primary GPS unit can be located nearby, we left about 10 cm between antennas on our copter and had no issues with interference.

MAXTENA M1227HCT-A2-SMA is an incredible antenna for UAV applications, we had the best performance with it on flying vehicles. Cost is the drawback.

Oh and documentation? I appreciate your efforts on trying to get the best possible solution but it would be very helpful and not to mention the reduction of questions posted on the community forum to have revised documentation inline with the current incarnation.

We will do it, trying to put as much effort into the new app as possible in order to update the docs after the release.

One thing that’s very frustrating at the moment is how to get reach status into MP without using additional hardware I.e a network infrastructure but just the standard telemetry radio.

Replied in another thread about that, but that should just work.

Thanks again I just need to finish off the top of my base station that’s all so I’ll give a few lids a try. (No paint) 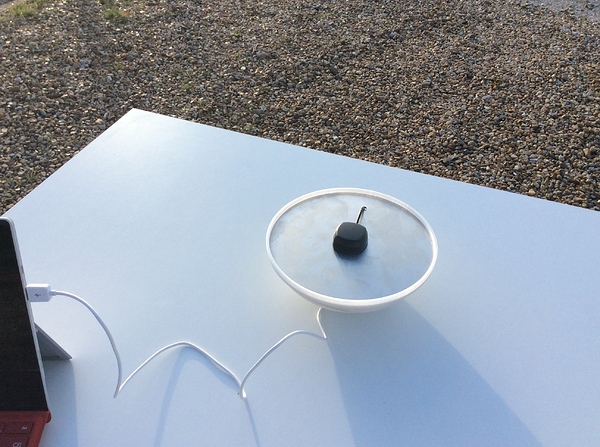 The cost of the maxtena is not an issue. Good to hear you had good results. I’ll buy two. I can then eliminate the ground plane in the design. Although a metal plate to fix the bulkhead sma connector my be the right move. The client can then just unscrew the max for transport. If used on the base station this changes its design completely, moving it from a dome with ground plane to more like a flashlight. Nice.

Could show us the results and the setup you used with pictures?