Earlier there was a lot of discussion about problematic fixes with Reach. I thought I’d contribute with a non-technical report in the form of pictures where I was able to get strong fixed solution over 3dr radio.(I included the cemetery shot just for the fun of it)For surveying a small site it was perfect as it didn’t seem to be bothered by buildings in the way, etc.Even by the metal grain bins AR was 999. I was very impressed. 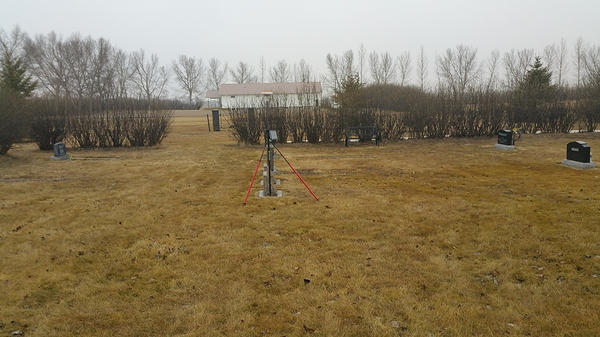 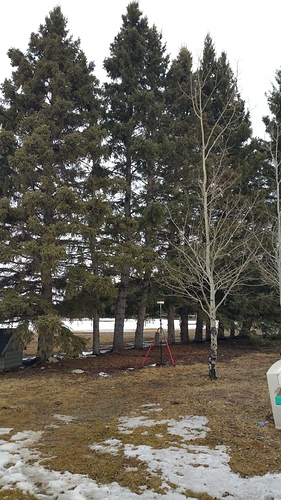 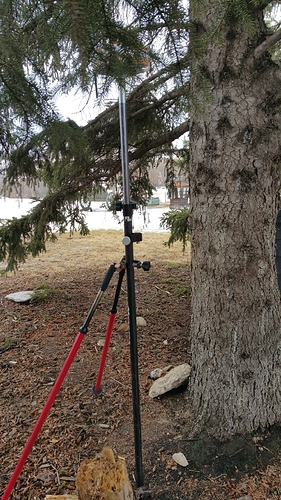 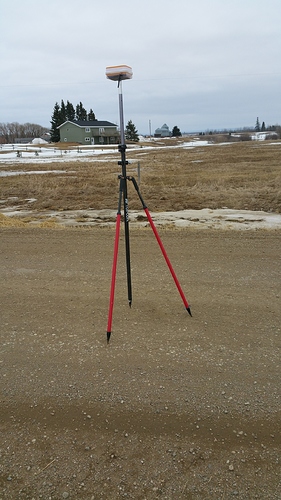 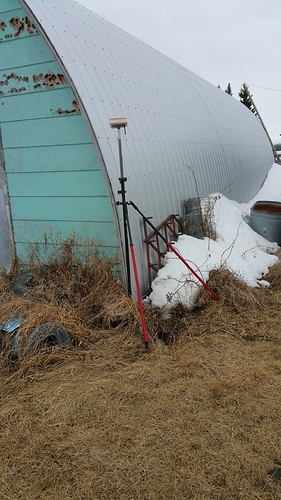 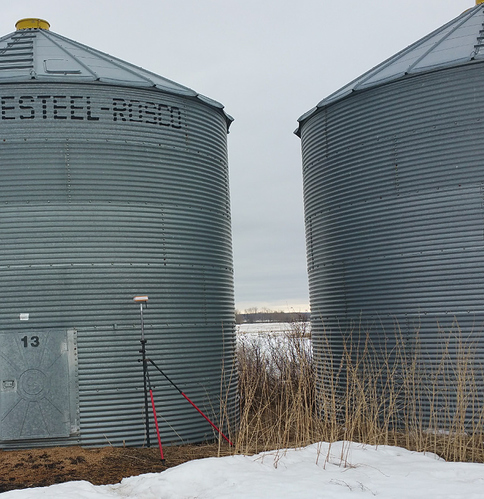 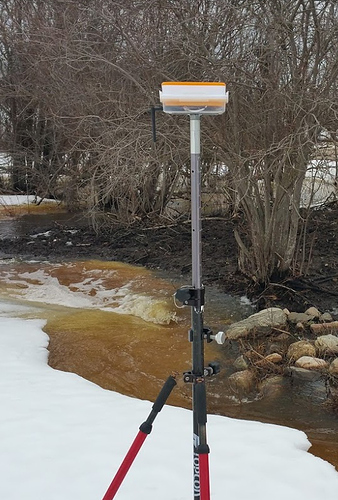 Would you mind sharing reach settings (rtk section) you used for base/rover?

Did you get fix in all those locations? That is impressive

Yes, I only show pictures where I got fix. I’ll try to show settings later.

Yes, @Brent_W, would you explain your setup and RTK settings?

Sure. I’ll start off by showing off my setup. I’ll send screen shots later. This particular lunch box works great because it has a compartment on top and a compartment underneath a very solid divider. 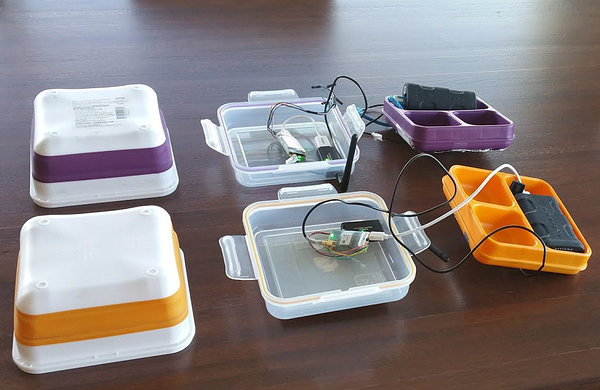 image.jpg945×616 192 KB
Even the divider is broken down into compartments where components can be placed. 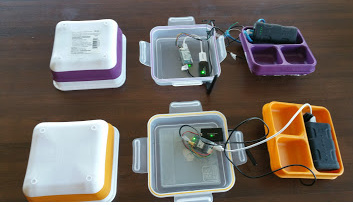 Flip the divider upside down and put some tinfoil or aluminum foil tape down and you’ve got your ground plate. 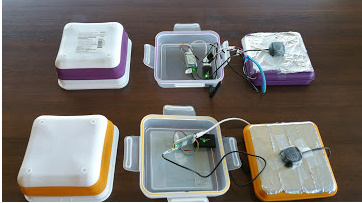 It even comes complete with a little grooved spot for routing your antennae wire! 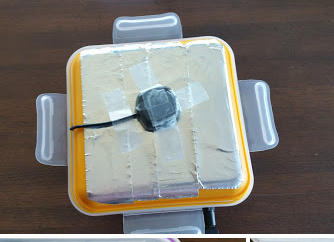 Snap the top into place and you have a “not bad” kit! 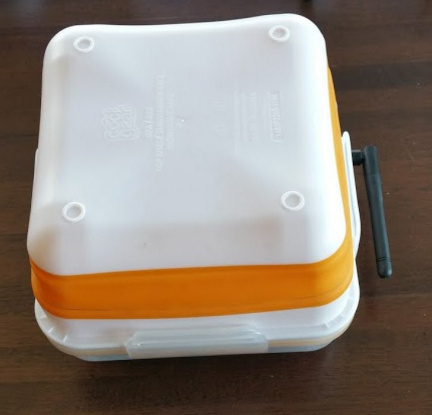 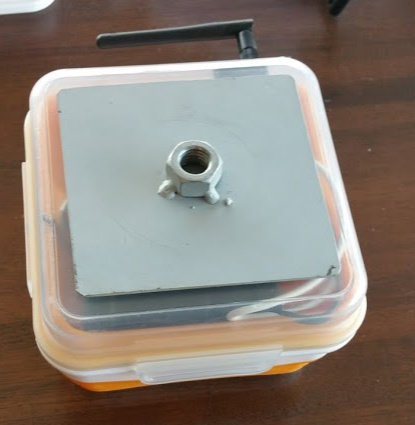 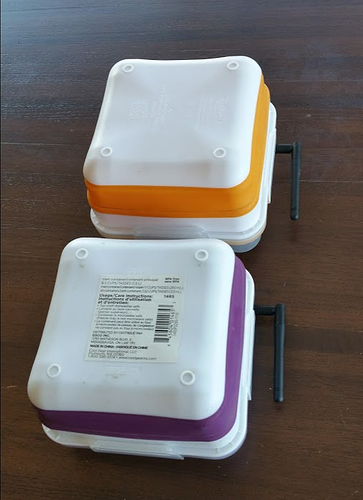 Now for a few close-ups of the connections.
The Rover 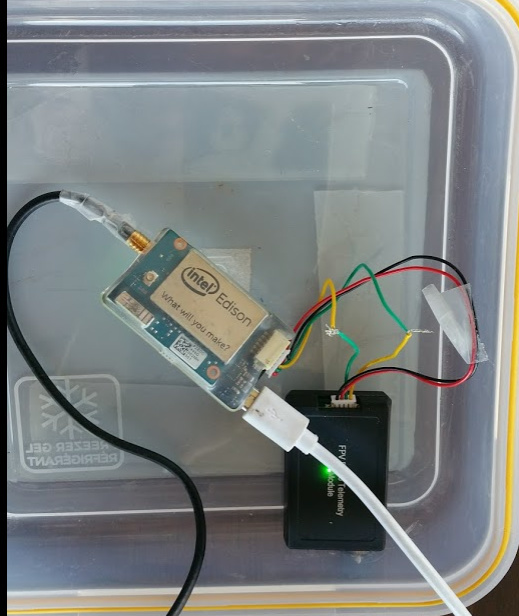 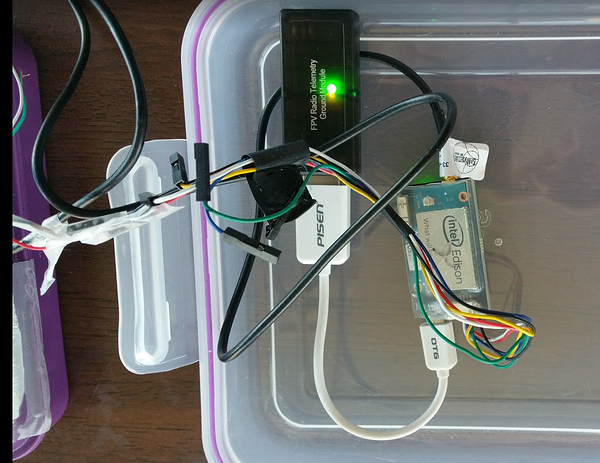 image.jpg1156×893 307 KB
I want to get a battery that I can turn on and off with a switch mounted on the side of the containers and I’d like to be able to turn the radios on and off (for resetting issues) with a switch without opening up the container. My workflow would be just to set the base station up and power it on. It averages it’s position for my preset time setting and begins correction output. Then by powering up my Rover it can start receiving correction data and outputting position info by bluetooth, etc. very shortly. Thanks and I’ll post screenshots of settings later. I guess this report is for guys like me that started into this thing mostly by looking at pictures! BTW, I have my Reach RS on the way from Robotshop! Have fun!
3 Likes
TB_RTK April 7, 2017, 3:04pm #7

Here are some screen shots. I hope they’re not too confusing… I tried to label them accurately. I set up my base and rover and then showed my results from sending correction info by Radio and then by NTRIP. I would say that these settings aren’t the only way it works. Just an example.
Can somebody tell me, is it possible to output final position by serial if correction input is by serial?
5 seconds after turning on corrections. (Radio) 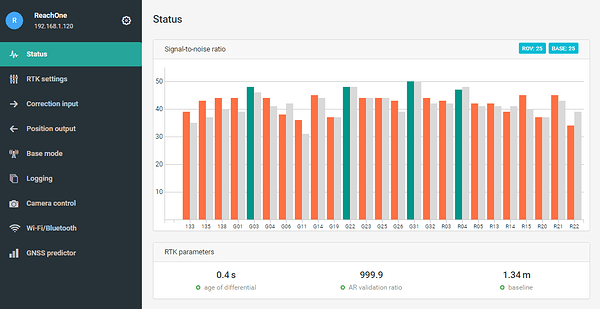 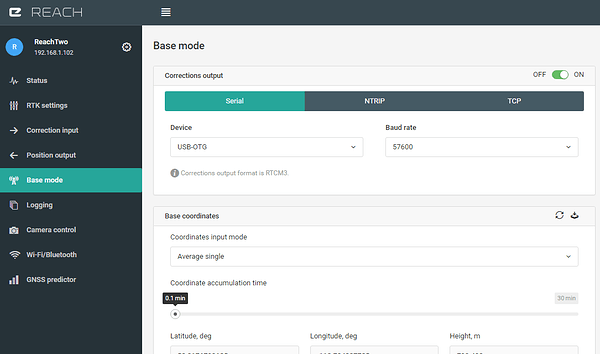 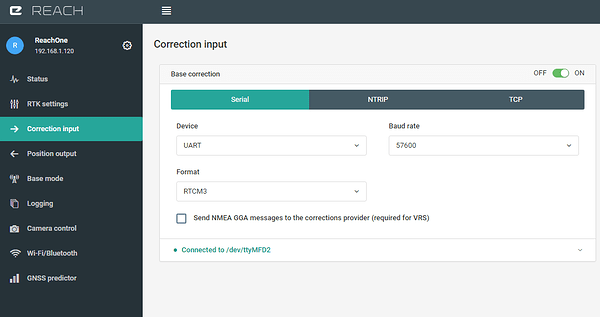 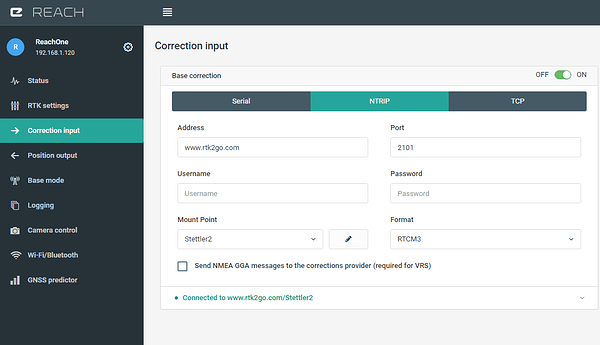 image.png1171×575 23.7 KB
TCP is how I would do it if I am using QGIS as a survey tool on a notebook on same network as Rover. Otherwise, I use Bluetooth for android. 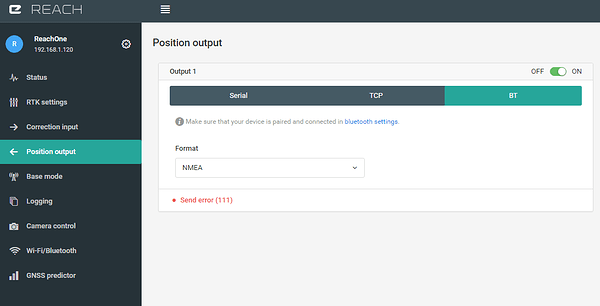 How did you config Qgis to input data?

If I knew how to manually enter linework in qgis I really think it would be the ultimate survey tool on a Windows Surface or something like that. These screen shots should show the gps connection panel in qgis. 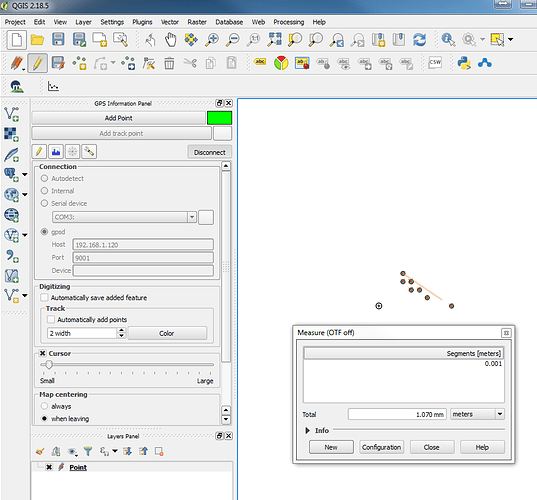 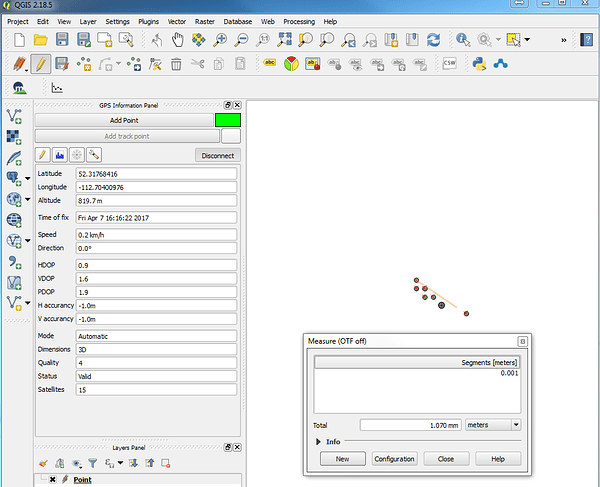 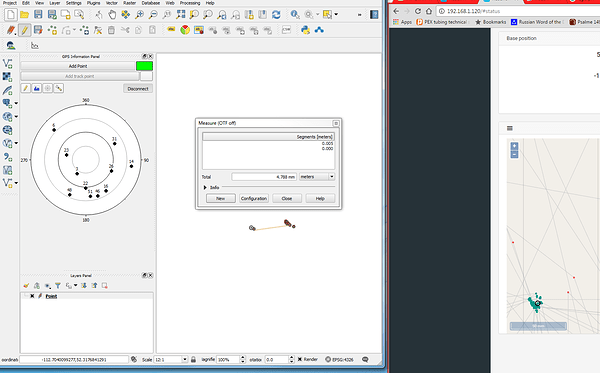 Thank you for this!
How do you choose which GPS AR Mode to use?

For a Base that doesn’t receive corrections, is there a difference between Static and Single RTK modes?

Thanks for the QGIS tip.

Where did you get the mounting plate with 5/8" bolt on it?

I have just left AR off because sometimes it seemed like it slowed the FIX down.
I don’t know if there’s any difference between Static and Single RTK modes for base station. I would have thought probably not. However, I did read here recently where somebody said base should be set Static. I haven’t noticed any difference.
A friend welded the plate for me, earlier I used it for my ground plate.

Was not familiar with this program, Looks like a good way to handle Map data. QGIS looks like it may take a while to learn, but could be worth it at times.

I don’t know if there’s any difference between Static and Single RTK modes for base station. I would have thought probably not. However, I did read here recently where somebody said base should be set Static. I haven’t noticed any difference

I dont think it does, but just to be sure and because it sound more right i also set it to static. Have never seen any difference otherwice

This looks pretty hopeful to me for entering the linework!