Today when i was flying i got Bad GPS Health.
I do see from the log that SatCount is fluctuating from 13 -> 0.
I’m using Navio original GPS, and RPI2. with standard settings, (not overclocked)

It seems to be worse after takeoff, and my first thoughts is interference from motor, but GPS is far away from any motor cabling.??
This flight was the first time i ever tested the PiCam instead of Logitech C920, would that make any diffrence?

Is there any check i should do? or any advice is much appreciated.

Logfile can be downloaded from here if anyone wants a closer look.
https://drive.google.com/folderview?id=0B4xm1Z4fRFuvfkQtOVBlUTM1Z2NzNEZlc1F3UHE2RHZzdG5XbS1GYm96eERVamFjUEc0bUU&usp=sharing

There is another guy here on the forums who had a similar problem. The raspicam emitts RF noisevthat seems to interfere with the GPS. He shielded the ribbon cable with copper tape. I had problems with servo jitter as soon as I enabled the Raspicam. After shielding the cable, that is gone too.
I used aluminium tape to shield it.

Bernt, I can confirm the RPi camera badly interferes with GPS. Without shielding I basically could not use it.

Thx
I will try to shield Pi ribbon cable with copper tape.

Not just the ribbon,but the camera itself need shielding too.

Ole, is it working fine for you after shielding? Can you make a small tutorial on shielding?

Did you connect both sides of the shielding to the ground? When I start the camera it appears a lot of noise to the RC input (~25 pwm units window). I’ve shielded it but the shielding has not effect.

Do you have insulated the shielded cable? There are contact points everywhere under the Navio and on the RPi. Additional to that, you have a carbon fibre frame, which is conductive too. This can lead to all sorts of mishaps.

Yes with a thin transparent tape. I’ve connected both ends of the shielding (aluminum foil) to the ground. I’ll try it without the frame, thanks!

I did not ground the shielding, nor the GPS ground plane, probably should, but I just have not tried it. My frame is carbon fiber too. You can see my setup in this video: http://www.youtube.com/watch?v=7hA2orjUdCE

I have not noticed any problems with the PWM signal from the RX. My RX is a UHF system (EzUHF). Most of the time I do not use the RX and fly with a joystick through Mission Planner ( that means the control link is via MAVLink and 4G.)

Since the video I have been flying it quite a lot,and over longer distances (several km). It has been very reliable, I always fly by GPS (loiter or mission) and it has been 100% so far. I notice some loss in GPS quality when I turn the camera on. HDOP usually go from around 1 to 1.2, but that is still plenty of GPS signal to fly.

I already saw your video

nice setup!
I’m using a 2.4Gh radio. I’ve noticed that the noise is bigger as the resolution/framerate of the camera increases, currently I’m using 1280x960@60fps, if I switch to 640x480@30 the noise almost disappears.

@marc this is not interference issue, but rather DMA load effect. We use similar mechanism inside processor for decoding PPM to the one camera uses for data transfer. This is why ppm resolution decreases as you increase data stream from the camera. We did a rewrite recently that should improve overall performance, it will be pushed in master after we thoroughly test it.

@ivereninov thanks for the explanation!

When will you release this one? can you also confirm that this update will have positively impact on the GPS issue?
I also tried to shiled the camera and cable but still i have satcount between 0 -> 7. and gpshdop of 6… 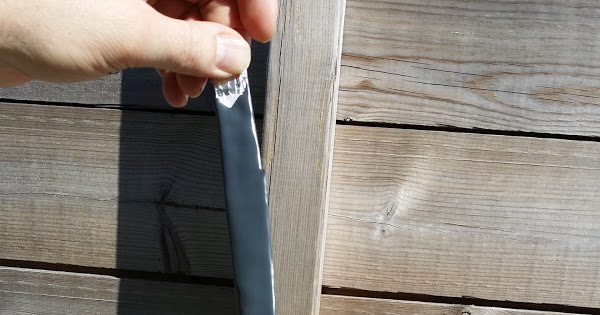 @Bernt_Christian_Egel The update will have no effect on the camera GPS interference, it is intended to improve decoding of PPM and might affect positively on the higher resolution streaming.

RPi camera is very noisy, so the best option is to go outside with everything connected and move it around\ try different shielding while looking at the SNRs in u-center.

@ivereninov
oh, I was reading the above posts to fast.
I’m still struggling with the interference, I tested with silver leaf, but it might be worthy to try cobber tape?

Sure, copper should help. I think @ogulbrandsen is the expert in this

It should make no difference what material you use to shield the cable, as long as it is conductive.
I think, @ogulbrandsen also shielded the camera itself, as it is emitting rf noise, too.
Perhaps he is willing to share how he did it.