I’m using the d4r-ii and the taranis q x7 controller. I can’t calibrate the throttle and all that. And when I run “cat /says/kernel/rcio/rcin/ch2” no matter what I do I get 0. What am I doing wrong?

Show us a picture of your receiver wiring. According to receiver documentation, If CH3 and CH4 are connected by a jumper, CH1 will output CPPM for CH1~CH8.

Ohhh, that’s what I was missing. I got it now. Here is the picture. 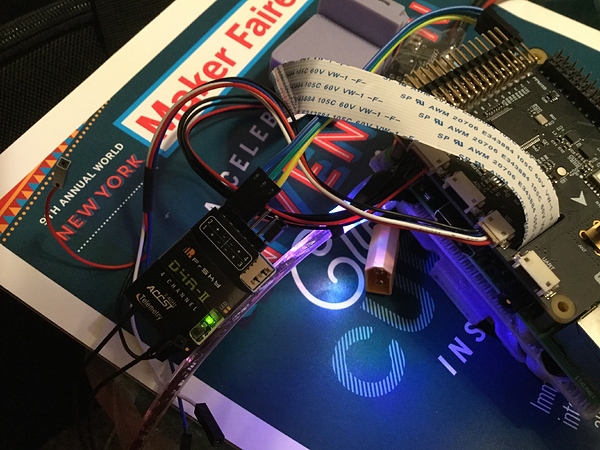 Is it working fine now?

Yes it is thank you for pointing out the jumper. The new problem is mission planner. I tried to fly the drone but it kept falling on its side which I think is either:

Also when I calibrated the taranis I had to swap the throttle and the roll cause the left joystick was roll instead of throttle, and I set the joystick limits to 1100 and 1900 like mission planner asked.

Did you manage to resolve problem with your drone falling on the side?

No, I tested it out this weekend and it kept falling over. I noticed a few things. I consider the front to be the white part of the drone and the red to be the back. I think that I have the raspberry pi backwards and it’s affecting the gyro. Also when I was messing around with the python commands (I forgot what they are called) I was able to make the drone fly but it was so powerful and basic (literally just told the speed controllers to run at a certain frequency with no means of self stabilization) that I had to hold it above my head to keep it from flying and crashing. Point is when I compare it to the flight mission planner provides it’s not as powerful and that can be a problem for me later. The drone needs to carry a small load and it can’t even carry itself assuming weight is contributing to the problem. I’m going to take off my 3d printer landing gear to save weight. Last issue, I found two motor screws missing when I got home so I either lost them that day or I just tried to fly a incomplete drone. I’ll post a picture of the drone shortly. 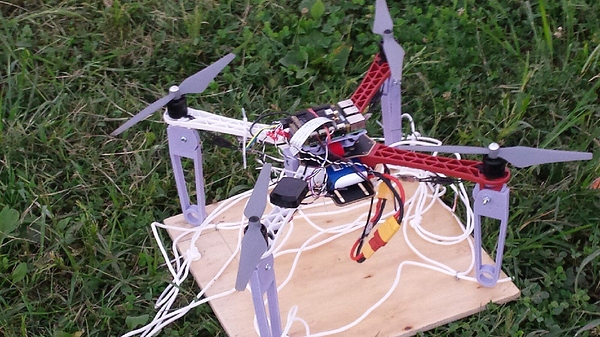 I consider the front to be the white part of the drone and the red to be the back.

If you use such color configuration, you must turn your RPi. You can find the arrow on it which shows to the front.

I think you should make the calibration once again.

Keep us updated with your project.
Hope you’ll make it fly!