So far the maximum I could: 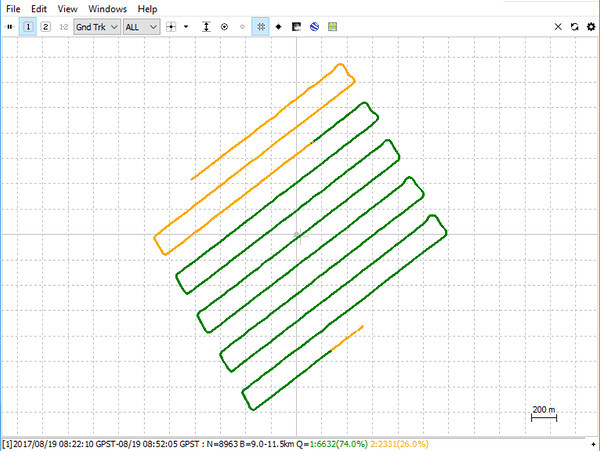 Can someone explain to me what does 1:6632 and 2:2331 means in a sense of quality/accuracy/precision 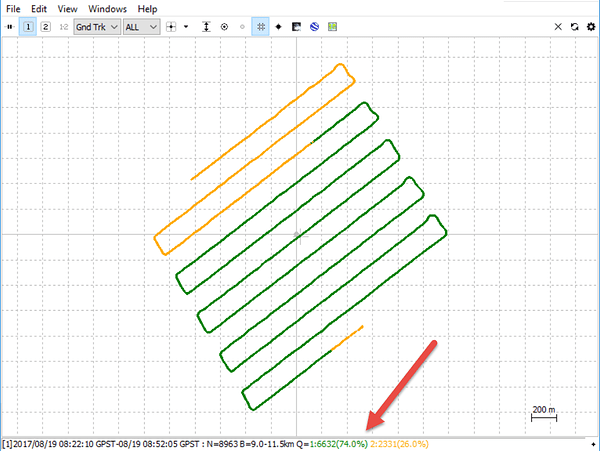 What are the accuracy in meters for the Fixed and Float (relative to the base station)?

Subcm for fix and sub meter for float.

Subcm for fix and sub meter for float.

I doubt the float can be used as precise in pix4d…

Float could be dead on but the probleme is you dont know how accurate it is.
So fix is recommended

So fix is recommended

Sure, but there is no guarantee that every single survey, no matter how accurately I do it, derives 100% FIXED results…

I would propably look into a few thing to raise the level certainty
I notice some noice at the rover, i would also consider using a reach units as rover if you have two.

I notice some noice at the rover, i would also consider using a reach units as rover if you have two.

I use a Reach unit on a fixed wing plane and Leica GPS 1200 as a Base Station.
I wonder what could cause a noise on Reach unit at 300 meters above ground altitude…

If any, i would guess from the airplane it self. Do you have a picture of your configuration? 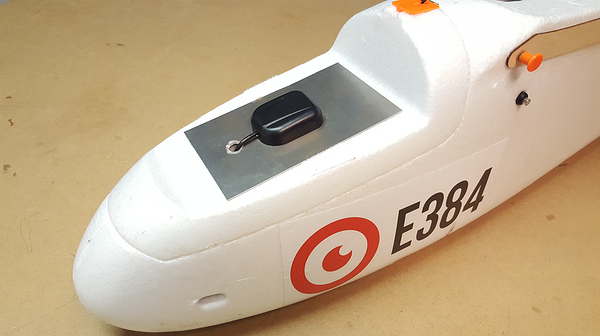 I see @Luke_Wijnberg in one of those pictures from the link. He might have experience with this plane.
But from what i see, the engine is in direct line of sight to antenna. It could interfere with signals

I have used a similar platform before but moved away from it as its too small for all the equipment jammed in it.
A trick is that the ground plane and antenna are not level. You will have to modify it so that it is.
The ground plane is also too narrow.
Also be aware of the excess cable routing from the antenna. It passes close to the power modulator and batteries.
We put ferrite beads on everything. There is so much noise onboard with wifi, 2.4ghz, 915mhz, esc, static electricity, etc, to reduce any noise helps a lot.
We have also tested a Leica GPS1200 as a base and have never had much success with the final processing. I am not sure why.
Good luck

Are there any particular wires or cables that you have found to need the ferrite beads?

I try to emphasize that:

No metal-like materials(copper,aluminum, carbon fiber, etc}. be above the antenna {in all attitudes & turns).

I do not have the experience that you have with drones, but I have been doing noise reduction of systems for many, many years.

And, designers should keep in mind that FCC, .etc. certifications do not mean that units + cables will not interfere when units are inches apart. The certs are arbitrary. They probably are written to prevent interference in adjacent rooms.

By the way, thank you for all your contributions to this
Forum.

We have beads on anything that is power only. So just from the power module. I definitely would not put any on the antenna!
I dont know how the cabling is routed for the antenna, but this should be kept as far away from any power or RF sources.

Also check that the antenna is snugly plugged into the Reach. This was an embarrassing find for me after continues flights with terrible logs!

Again, antenna horizontal placement and a decent ground plane is essential. Even with banking in turns will drop the available satellites. If it is a bad day for constellations, then increase your overshoot significantly so that you have enough time for the AR to climb up again before committing to a line. On bad days, after rotation, we climb to a high orbit at the mission elevation for a few minutes before commencing the survey lines so as to get the AR up and reduce the effects of noise from the ground and takeoff power draw.

I would also like to add that from the plots that you have posted baseline is around 10km. You will get better results by placing the base station closer to the area where you are flying.

I use this setup also. What I founded is camera like a6000 and rx100 have magnets in screen. You have to isolate them or remove magnets or block electronics interference from reach antenna.

Look here : it was done with Skywalker 2014 : Missing Events inVer 2.5
I 've got missing events but it’s another story …